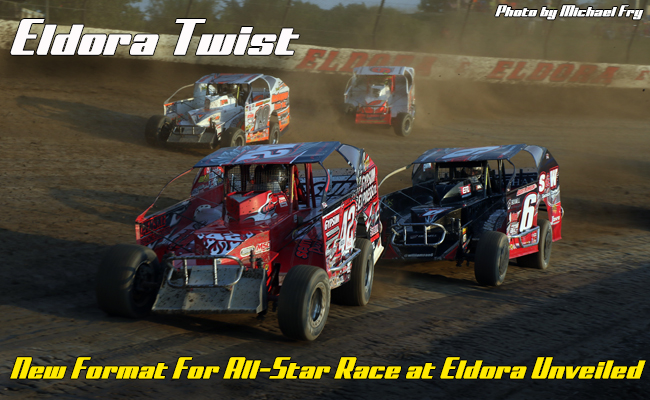 CONCORD, N.C. – June 22, 2017 – The Super DIRTcar Series will return to Eldora Speedway for two action-packed nights of racing at the World’s Greatest Dirt Track on July 18 and 19. The Series will race alongside the NASCAR Camping World Truck Series on both nights. The 75-lap Feature event during the Tuesday Night Tailgate on July 18 at the Rossburg, OH half-mile will count towards the 2017 Super DIRTcar Series championship standings.

The new twist on Wednesday’s all-star format will be that an inversion draw following heat races will determine the starting line-up for the Feature event. Pill numbers 4, 6, 8, 10, 12 and 14 will be in the draw bucket. The result could be up to two-thirds of the field inverted for the main event. The inversion is a change from the Series’ usual practice of a driver-by-driver top-12 redraw and forces an interesting element of strategy into the event.