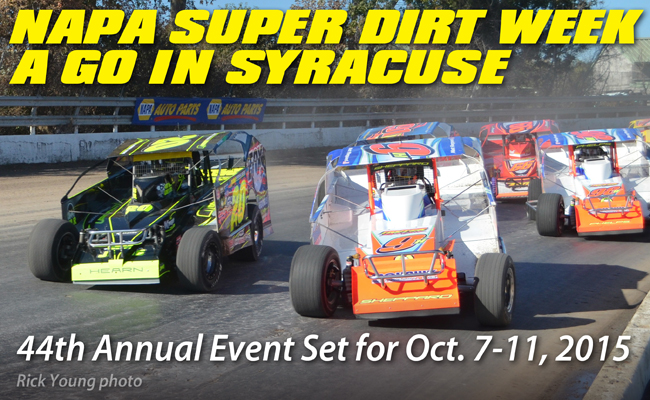 DIRTcar officials working with county, state executives on 2016 and beyond

CONCORD, N.C. – March 3, 2015 – As the 2015 racing season is kicking off around the country this spring, DIRTcar Racing is fully engaged in preparations for the 44th running of NAPA Auto Parts Super DIRT Week on Oct. 7-11, 2015, at the New York State Fairgrounds in Syracuse, N.Y.

Thousands of fans from across the United States and Canada are expected to return once again to the Moody Mile, with less than 30 reserved camping spaces remaining for what’s quickly become known as Racing’s Biggest Party each October.