George Lucas was like Luke Skywalker; a teenager dreaming of leaving the family ranch for something greater.

However, his initial dream wasn’t laser swords, Jedi and galactic space wars that would captivate millions around the world for generations. It was what the likes of Mat Williamson, Demetrios Drellos and Peter Britten will be doing Tuesday, May the 4th – aka “Star Wars Day” – at Bridgeport Speedway. (May the 4th being play on the Star Wars phrase “May the force be with you.”)

He wanted to be a race car driver.

While Northeast Big Block Modified dirt racing may not have been on his radar, having grown up in Modesto, CA, Lucas loved anything with four wheels and a motor.

“Cars were all consuming to me,” Lucas told Brian Jay Jones in his book George Lucas: A Life.

Much like the majority of the Super DIRTcar Series drivers, Lucas grew up driving and working on cars before he turned 16. Seeing the speed demon within his son, Lucas’s father bought him a yellow two-cylinder Fiat Bianchina.

“He figured that would be safe because it couldn’t go fast,” Lucas said in the book.

Like any racer, the young Lucas went to work making it faster. He lowered the roof; tuned up the engine; installed racing belts and a roll cage; and upgraded the suspension.

“I made it extremely fast,” Lucas said with pride, as noted by Jones.

He got a taste of dirt, ripping the tiny car around his family’s ranch. And while enjoyable, he wanted to be on an actual racing circuit. However, Jones stated, per California Law at the time, you couldn’t officially race until you were 21 years old. Still a teenager, Lucas found a placeholder with autocross racing. 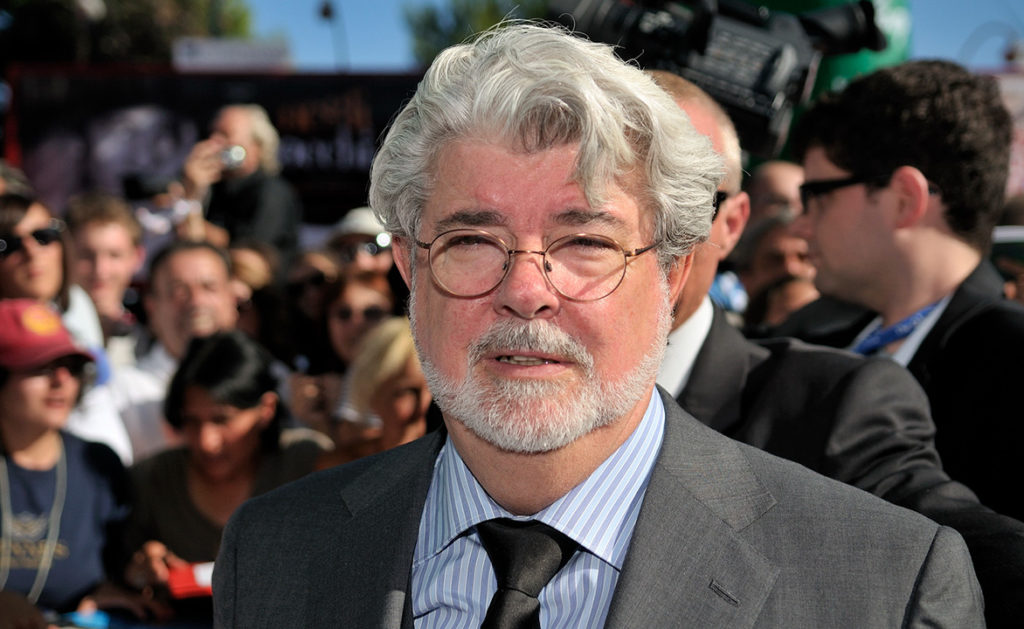 Like most who drive, whether fast or slow, his time behind the wheel of a car was an escape. He got away from the pressure of working for his father’s business, away from his poor performance in school and discovered his developing passion for film by driving to theaters.

His dream and life trajectory changed on June 12, 1962. While driving home from school, about to pull into the dirt entrance of his family’s ranch, a car T-boned Lucas’s small Fiat, rolling it several times into the base of a walnut tree. In a potentially lifesaving moment, Jones wrote, the mount for Lucas’s self-installed racing belts broke, causing him to be launched out of the car before it wrapped around the tree.

Lucas’s left scapula fractured, his lungs were bruised, his heart rate plummeted and he went into shock. During his months of recovery, Lucas decided to put to rest his dream of being a race car driver. He felt like he was starting a new life, Jones wrote.

“I was in an accident that, in theory, no one could survive,” Lucas told Jones. “So, it was like, ‘Well, I’m here, and every day now is an extra day. I’ve been given an extra day, so I’ve got to make the most of it. And then the next day I began with two extra days.’ … You can’t help in that situation but get into a mindset like that…. You’ve been given this gift and every single day is a gift. And I wanted to make the most of it.”

He did so by turning his attention to filmmaking.

While he no longer focused on becoming a race car driver, he never lost his passion for cars or racing. That was apparent in his second feature-length film American Graffiti, which was a love letter to the days of classic car cruising. Then, four years later, Lucas’s life took another turn when he entered the galaxy far, far away.

Star Wars was released on May 25, 1977 and grew into the worldwide phenomenon it is today. Between the films, TV shows, books, video games and merchandise, the franchise has grossed billions. Even with that, Lucas never lost his racer’s heart; showcased with the creation of Pod Racing in Star Wars: Episode I: The Phantom Menace.

That same level of passion will be on display when the best Big Block Modified drivers in the galaxy compete for a $10,000 top prize during the 100-lap King of the Big Blocks event at Bridgeport Speedway. 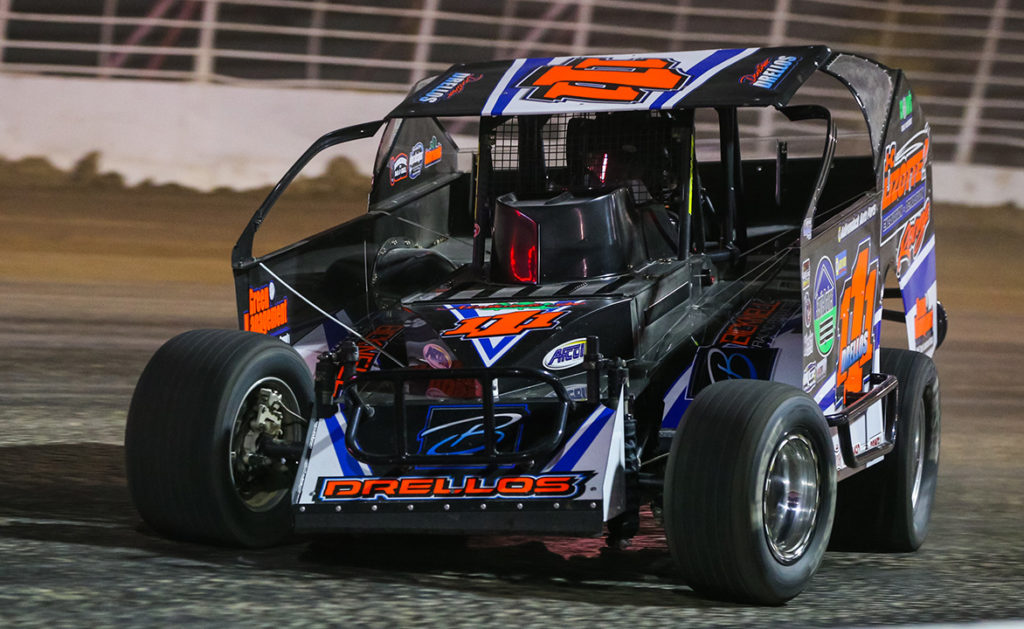 Of the drivers competing, Demetrios Drellos’s tale is the story of Lucas’s racing dream come true. He comes from a family with its own business and no racers. Like Lucas, cars caught his attention early in life and grew into a dream of being a race car driver.

After a runner-up finish at Bristol Motor Speedway – his first top-five of the year – Drellos has a good feeling about the Bridgeport event. He crossed the line second behind NASCAR Truck Series driver Stewart Friesen, but still considers the feat like a win. To him, he’s the “small team” taking on the corporate-sponsored teams. And like Lucas’s fictional band of Rebels taking on the galactic Empire, he believes his small team of his dad, mom, wife and himself, can be victorious.

“I have the same equipment as anyone else,” Drellos said. “That’s a lot of it, we all have the same equipment. At the end of the day, it’s just hitting the right setup and being good at that racetrack. I guess we are sometimes the smaller team, taking on the bigger team – David versus Goliath. But I try not to look at it that way. I try to think, I have the same stuff as them. Let’s figure it out and see what we can do.”

A flat tire took away his chance of stealing the win from Friesen at Bridgeport last year, but after nearly running down the veteran driver at Bristol, he’s poised to win the duel this time and claim his second career victory. 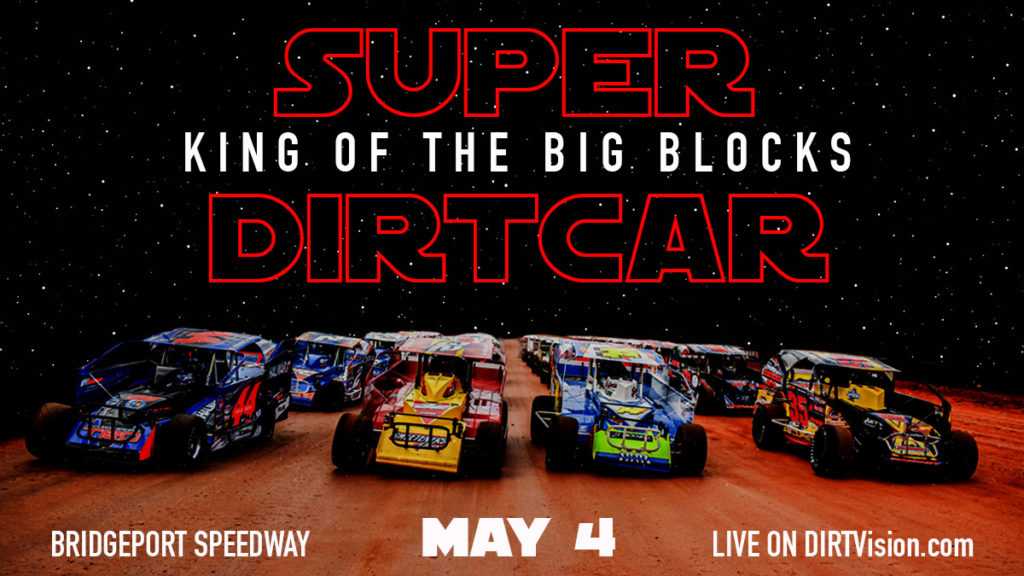