Max McLaughlin unlocked the opportunity to write his name on a blank page in the record books for Super DIRT Week.

With his asphalt Supermodified win at Oswego Speedway on May 15, the 21-year-old could be the first driver in history to win a Supermodified race at the “Steel Palace” and the Billy Whittaker Cars 200 during the 49th NAPA Auto Parts Super DIRT Week (Oct. 6-10) in the same year.

His Supermodified win already wrote his name in the record books as the seventh driver to win on the asphalt and dirt versions of the 5/8-mile track – he won the Super DIRTcar Series Futures Feature in 2016 and one of the Triple 30s in 2017 at Oswego. He was also the first driver to accomplish that feat in 66 years.

“It’s pretty cool to be in the history books in that category,” McLaughlin said. “That’s pretty wild to be the first to do it in 60-plus years.”

To the Mooresville, NC driver, who’s also spent a stint in Weedsport, NY, there’s no bigger dirt race than Super DIRT Week. After a loose wheel spoiled his chance at a win in 2019, COVID postponed it in 2020 and the Supermodified win this year, McLaughlin is eager for another shot at the crown jewel in October.

“To go to Victory Lane at Super DIRT Week would be huge,” he said. “It’s definitely possible. We’re on a good streak now. I feel like we have just as much momentum as anybody right now. There’s a good chance we could make it happen. Just have to put everything together on our end. It’s a tough level we’re competing in. You’ve got to have a perfect day to go to Victory Lane in any series race. It won’t be easy, but I think we have the team and car to do it.” 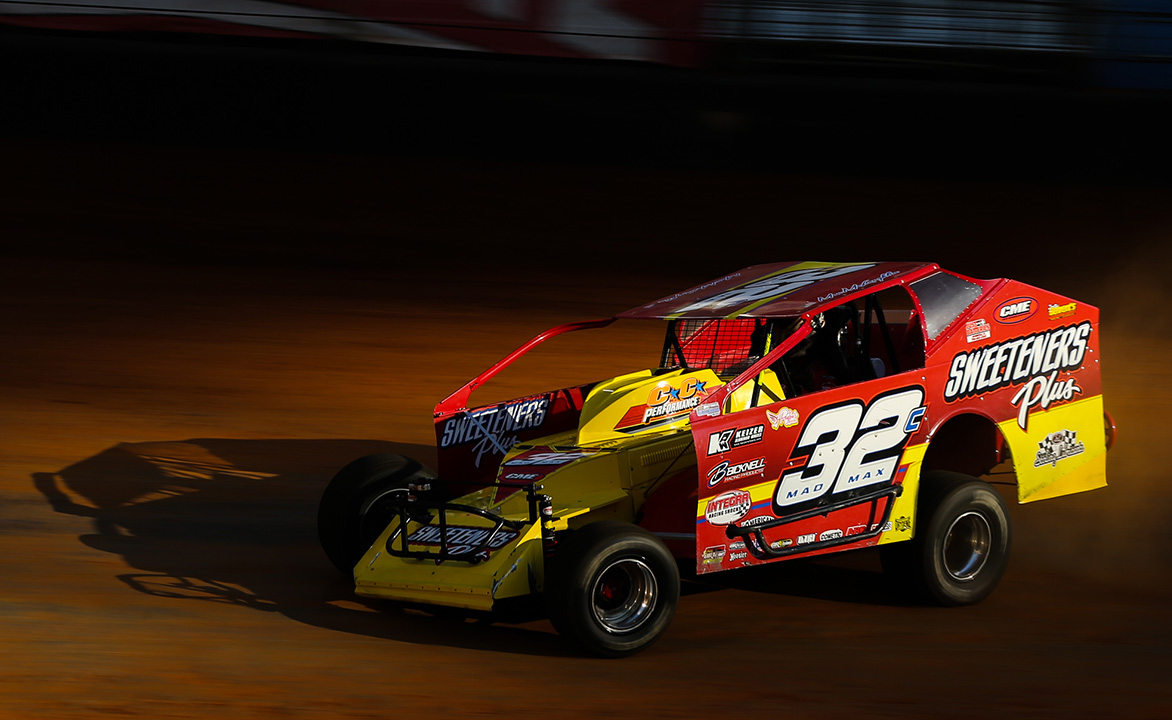 McLaughlin continues to pilot the #32c Big Block for Coffey/McCreadie Enterprises after joining the team last year. They found success together early, winning the OktoberFAST finale at Weedsport Speedway last year – McLaughlin’s first Super DIRTcar Series victory. Then, he picked up another Series win at Volusia Speedway Park and claimed his first Big Gator championship during the DIRTcar Nationals in February.

That success has continued through the first four Super DIRTcar Series 2021 events with McLaughlin picking up two top-fives and three top-10s. He currently sits third in points – 76 points behind Stewart Friesen, who currently isn’t committed as a full-time driver, and six points behind Series regular Mike Mahaney. If his strong performance continues and the team has all the resources in place, a full-time bid with the Series may not be out of the question this year.

“We’re definitely thinking about it,” McLaughlin said. “It’s something we’ve been talking about a lot the last week or two. Just contemplating and seeing if we can put all of our ends together and make sure we have enough stuff to do it.”

They’ll continue to test the waters on Sunday, May 30, during the $7,500-to-win Heroes Remembered 100 at Weedsport Speedway – a race they initially weren’t planning on running (the Monday, May 31, event at Lebanon Valley Speedway is still TBD). Weedsport started off as a track McLaughlin said he struggled at due to its unique D-shape but with time and practice it became one of his favorites.

“Definitely something I worked hard at to get better and since I got there I think we’ve had a little bit of an edge there,” he said. “Now that we’ve got our cars so good, I think we have a shot to go back and win again.” 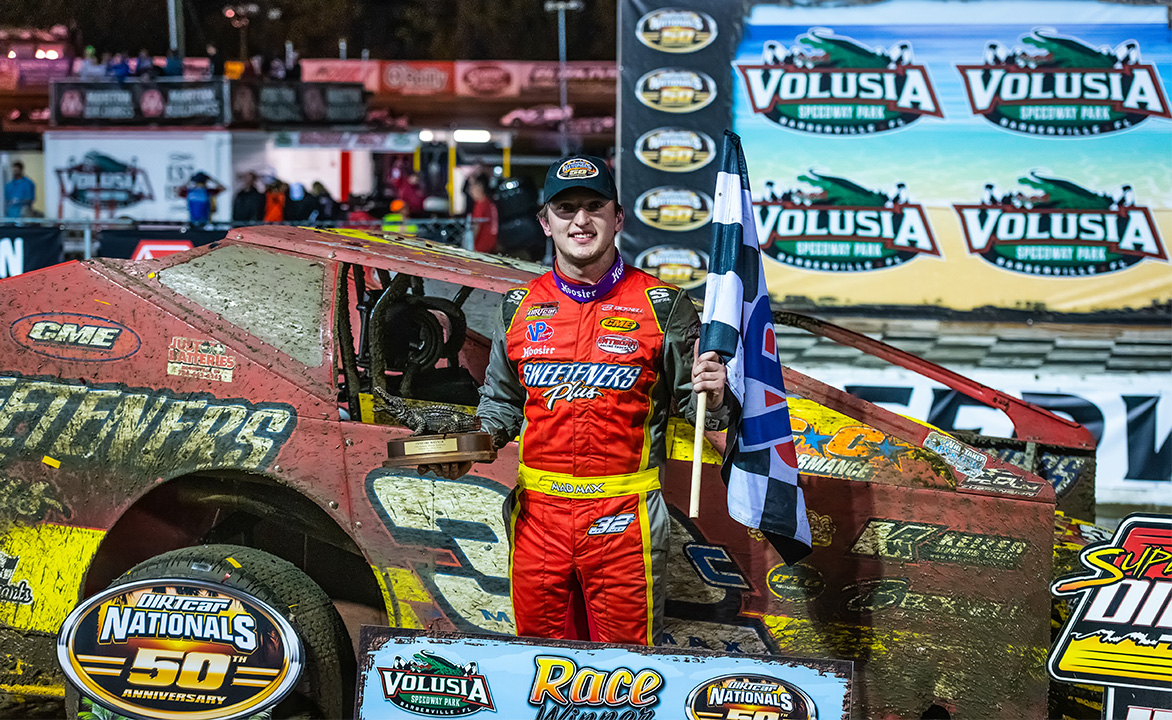 Along with the momentum of the Supermodified win, he said he thinks running the asphalt rocketship will help his dirt program, too. The combination of the car’s 800hp methanol-run V8 engine, its weight of 1,800lbs. and aircraft-like aerodynamics to keep it planted to the asphalt resulted in a new level of speed for McLaughlin. Now, it feels like time moves at a slower pace in his other race cars.

He recalled Stewart Friesen saying he had the same kind of experience after he drove a 410 Sprint Car for the first time, and that it helped his performance in other cars. Friesen won the Big Block event at Super DIRT Week for three consecutive years after he ran his first World of Outlaws NOS Energy Drink Sprint Car event.

“This could be my type of Sprint Car deal,” McLaughlin said.

The page is saved, and the ink-filled to write McLaughlin’s name in a special place in the Super DIRT Week record book if he can make history with his first Billy Whittaker Cars 200 win this year.