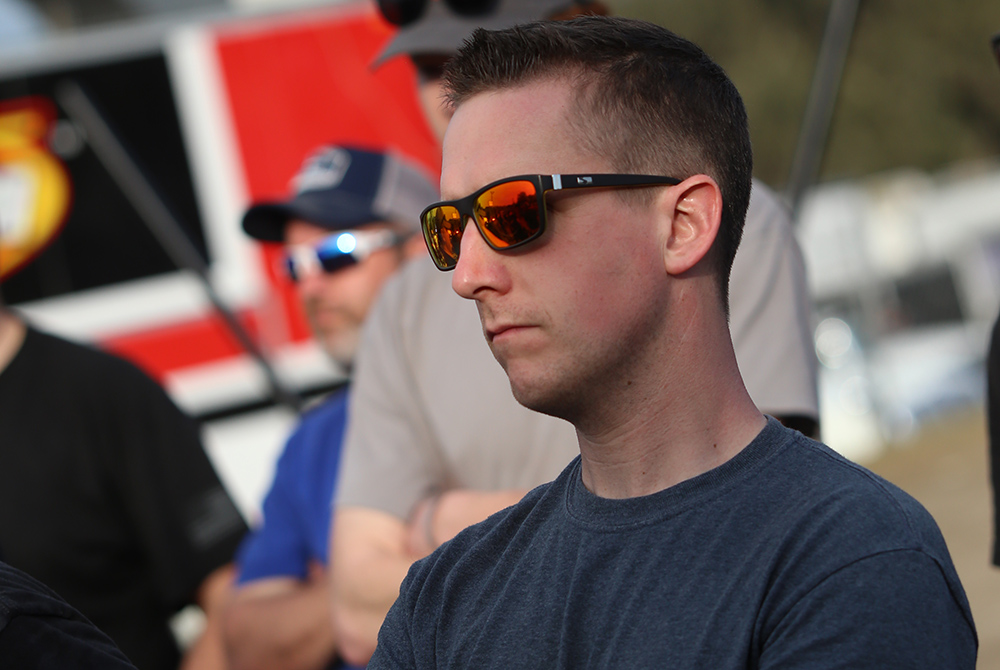 The legendary Kenny Tremont has dominated Series tour stops at “The Valley” the last two years; however, for the first time in decades, the #115 races without S&S on the side. Series stars are now salivating at the chance to steal the hometown hero’s take, with him adjusting to a new team.

Defending champion Mat Williamson, from St. Catharines, ON, is one of those hungry drivers.

“Typically we wouldn’t be racing at The Valley with any regularity, especially with the handicapping,” Williamson said. “You’re always starting towards the back. It makes it hard to have a good run when you are starting 15th to 16th.”

The testing has helped Williamson prepare as a driver and share the experience with his Super DIRTcar Series Buzz Chew Racing team.

“With the two Series races there, it worked out great that we had this opportunity at Lebanon Valley,” he noted. “There’s not a lot of places that we go to multiple times a year like Weedsport and Land of Legends. It makes you want to put an emphasis on those tracks. Lebanon Valley is weird in that you have to prepare as a driver to go that fast. I think it’ll help me early in the night to go fast out of the box and not have to make those adjustments as a driver.”

Williamson currently rides eighth in points with only one top five to his name in four points-paying Series races.

“There’s no secret that we’ve been struggling at the beginning of the year here,” Williamson conceded. “I think that we have to get into a groove and knock off some good runs. It seems like in 2019, we could do no wrong. Even a bad run was like a fifth-place finish. Right now we would kill for that.”

While only a handful of races into the season, the competition has already proven to be one of the toughest groups of drivers yet and the early 2021 schedule has brought them to a variety of tracks.

“The Series schedule has been tough for us going to Bristol, where we didn’t know what to expect, and then Bridgeport, where we struggled,” Williamson said. “Those three races were always going to be tough for us. Now we are going to tracks that get smooth and slippery like Weedsport. Hopefully, we are in a stretch of the schedule that we can get going in.”

Not only has racing at “The Valley” helped Williamson acclimate to high speeds, but it has opened his eyes to the local DIRTcar Big Block talent on hand every Saturday night.

“There are a lot of local guys here that can win,” Williamson said. “Obviously, Kenny Tremont, Andy Bachetti, Brian Burger, J.R. Hefner, Marc Johnson can all win, so it’s going to be tough to go in and beat that group.”

Race fans do not want to miss this one with $13,500 and a NAPA Super DIRT Week guaranteed start on the line. Go to LebanonValley.com for ticket information.

If you can’t make it to the track, don’t forget to pick up your DIRTVision FAST PASS to catch all the action including Sportsman Modifieds and DIRTcar Pro Stocks.