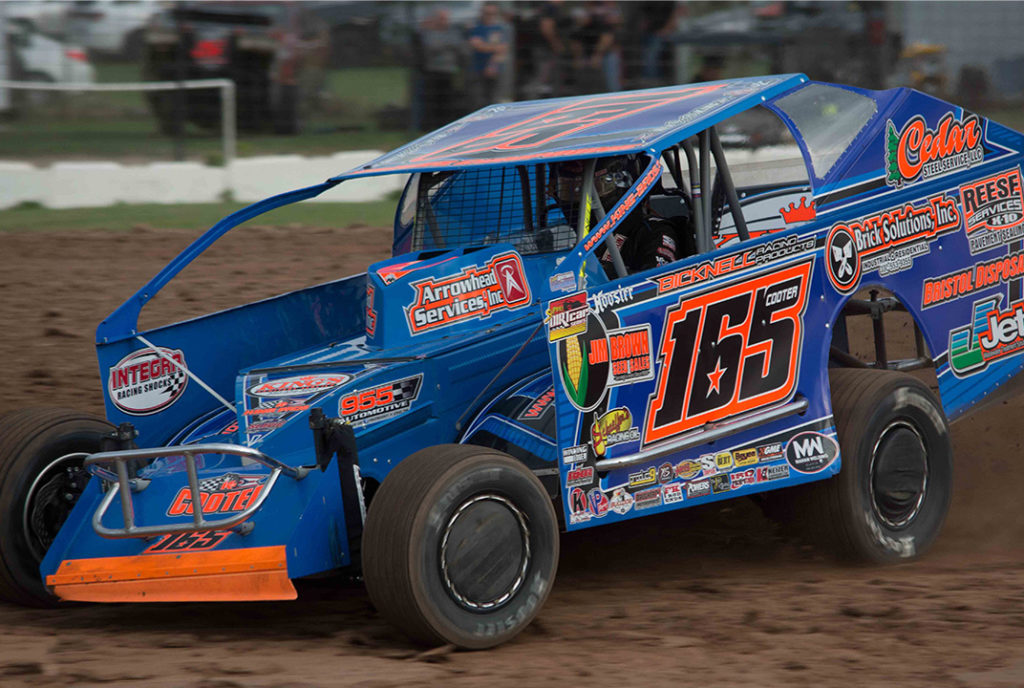 [vc_row][vc_column][vc_column_text]Whispers of the Super DIRTcar Series have echoed throughout Ohio with its presence made a handful of times in the state but at the end of March, those whispers will be drowned by a rumble again.

The Series returns to Ohio for the first time since 2019, making its debut at Atomic Speedway, March 25-26, with Ohio-native Rex King, Jr. planning to add to the Rumble in the Hills.

Of the eight Series visits to Ohio – six times at Eldora Speedway and twice at Sharon Speedway – King participated in five of those events, earning a career-best finish of fifth at Eldora.

For the Bristolville, OH driver and BRP Modified champion, it’s a rare chance to step on the biggest stage there is for Big Block Modified racing in front of his local fans.

“It’s awesome racing with those (Super DIRTcar Series) guys,” King said. “Everyone is really professional. I like it because I can learn a lot from their driving style. They work on their cars throughout the night, learning how they prep throughout the day for the race. It’s really good. It’s great for me to do.

“Sometimes we are a little more competitive than not, which is nice. Makes you feel like you’re getting somewhere in the sport, not just riding around. So, that’s nice.”

Back to green. Rex King Jr leads it! pic.twitter.com/ETxpfv5lE9

The Super DIRTcar Series’ inaugural visit to Atomic will also be the track’s first time ever hosting Big Block Modifieds. While King has never raced at the 3/8-mile track, he has attended as a fan and said what he’s seen has him excited about the Series’ potential there.

“Some get nervous because it is a beginning of the year show, so they worry about it being wide open and wet, but I’ve seen that place get wide open and wet but always seems like there’s a lane and a half, maybe two lanes, where a guy can dive under another,” King said. “That place breeds pretty good racing. If you watch videos on it, there’s a lot of sliders. A lot of guys are respectful of how they handle it. I like watching the races there. There’s no doubt in my mind the Modifieds can do the same things the Late Models do there.”

He also sees the event as a good opportunity to put a light back on the Series and Big Block Modifieds in the state again, especially with it being a two-day event. People have heard names like Matt Sheppard or Mat Williamson but now can put a face to the name. With himself participating in the event, too, there’s hope it will attract some of his northern Ohio fans south.

It’s an opportunity King is eager to take part in and help represent Ohio.

“There’s nothing better than rolling up to the line and being next to Larry Wight or Williamson or any of them,” King said. “It’s always cool to be out there racing with them. Especially when you can compete, which makes it a little bit more special. I’m excited for it to happen. It’s cool DIRTVision will have all these races televised.”

For more information on the Rumble in the Hills at Atomic Speedway, March 25-26, CLICK HERE.

If you can’t make it to the track, you can watch all the action live on DIRTVision – either online or by downloading the DIRTVision App.[/vc_column_text][/vc_column][/vc_row]