Sheppard, the two-time and defending series champion, started behind pole-sitter Billy Decker in the 66-lap race and used a double-file restart on Lap 21 to surge to the lead, methodically work his way through traffic, and hold off the 28-car field to earn his first Super DIRTcar Series Big-Block Modified points-paying victory of the year.

Sheppard finished fourth in his heat race, placing him in the redraw for the feature, where he drew a three to lineup directly behind Decker for the series’ second main event of the year. He quickly got past outside pole-sitter Billy Dunn and set his sights on Decker.

“We got a lot of breaks tonight,” Sheppard said. “We drew 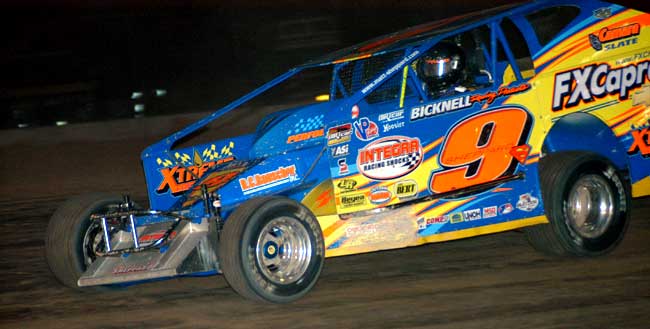 a good number, we were able to get out front, got cautions when we needed them, and the car was fantastic. That’s pretty much what you need to win one of these races. You’ve got to have a lot of stuff go your way.”

Decker settled into second and mirrored Sheppard’s moves through traffic, but was never able to close the gap over the final 45 circuits around the big 5/8-mile “Fast Track,” which lived up to its moniker on Sunday night.

Danny Johnson, however, was forced to work hard for his podium finish. The winner of the series opener in Canandaigua, Johnson missed qualifying for the redraw, placing fifth in his heat race as his team worked through motor issues early in the night. He started the main event 13th on the grid and then got his elbows up.

By lap 32, Johnson was able to work past Dunn for fourth, then slid past fifth-starting Brett Hearn to take third. 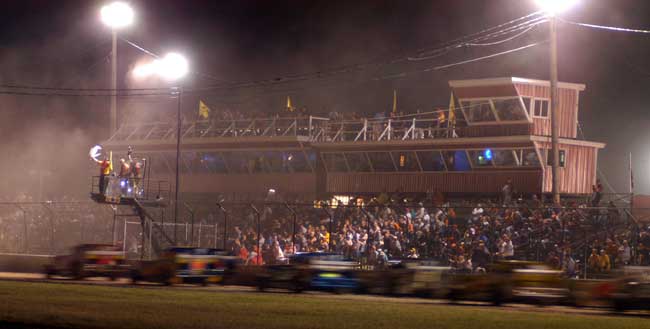 The Super DIRTcar series continues with round three on Sunday, July 1, at Cornwall Motor Speedway in Cornwall, Ont.