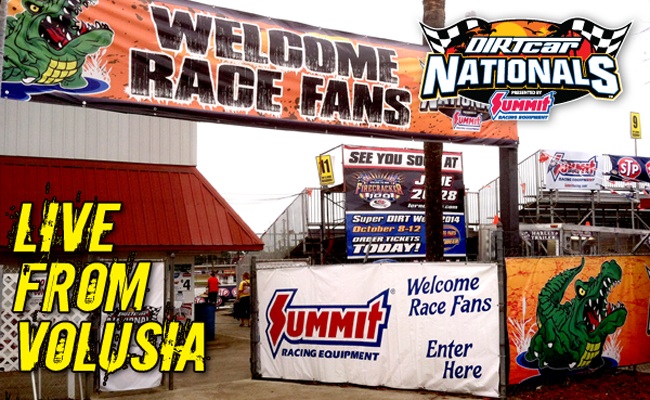 BARBERVILLE, FLA. – Tonight is the Florida finale – the last night of DIRTcar Nationals presented by Summit Racing Equipment. On deck for tonight is a 50-lap feature for each the World of Outlaws Late Model Series and the Super DIRTcar Big-Block Modified Series. Also scheduled is the Super DIRTcar Series six-pack dash, which is set to start immediatly after opening ceremonies.

After last night’s cancelation, the Super DIRTcar Series Six-Pack Challenge has been moved to tonight. The 6-lap dash is schedule for just after opening ceremonies, around 7:40 p.m.