CONCORD, NC – December 11, 2018 – Jack Lehner’s meteoric rise through the DIRTcar Northeast ladder system shows no signs of slowing down in 2019. After rising from go-karts to Big-Block Modifieds, the twenty-year old is ready for the biggest challenge of his career: Lehner and his crew chief Ryan Stites are taking on the full Super DIRTcar Series schedule in 2019. Last season the No. 2L made six appearances with The Series, finishing with one top-ten, which he captured at Plattsburgh Airborne Speedway. 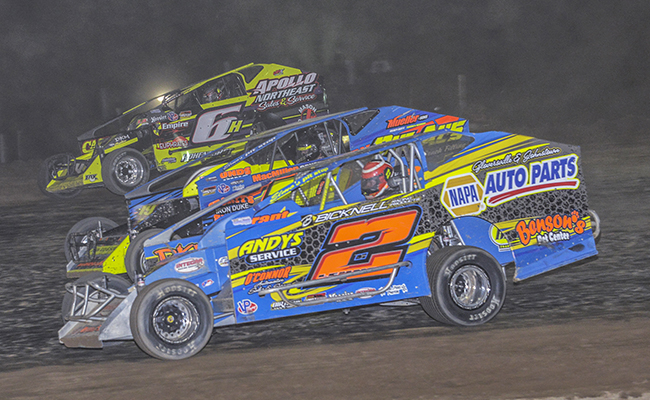 The Saratoga Springs family is no stranger to the racing world. “I started racing go-karts when I was five so I’ve been doing it my entire life,” Lehner said, reminiscing about his earliest races. He’s had tremendous support for his racing endeavors from his family, and car owner, Jack’s father Jeffery Lehner. Jeffrey Lehner races Spec Racer Fords in SCCA competition and he knows how to win. He took the 2018 NE SCCA National Championship and MoHud Driver of the Year at Albany-Saratoga Speedway and other nearby tracks. “When I was sixteen, when Rocky Warner went to race for Jake Spraker, two cars were left open so he offered to let me race a few races in the Limited Sportsman division. We ended up buying that car and in the 2016 season we ran Limited Sportsman, moved up to DIRTcar Sportsman, and in 2017 we ran Sportsman and 358 races,” Lehner detailed.

The next step came when he reached out to Matt Sheppard in 2017 about purchasing one of his Bicknell Racing Products chassis. Sheppard obliged and a friendship began. “Matt helps me at the race track. He’s a great resource.” Sheppard is quite the driver to have in your corner coming in as a Series rookie. In 2018 Lehner moved up into the Big-Block Modified ranks. He ran as many Super DIRTcar Series races as he could and competed at Albany-Saratoga Speedway weekly. Lehner’s best finish in Series competition was a ninth-place at Plattsburgh Airborne Speedway. Lehher’s top 10 finish in Big-Block Modified points at Albany-Saratoga Speedway was enough to earn him the Hoosier Racing Tire Weekly Championship Rookie of the Year for 2018. 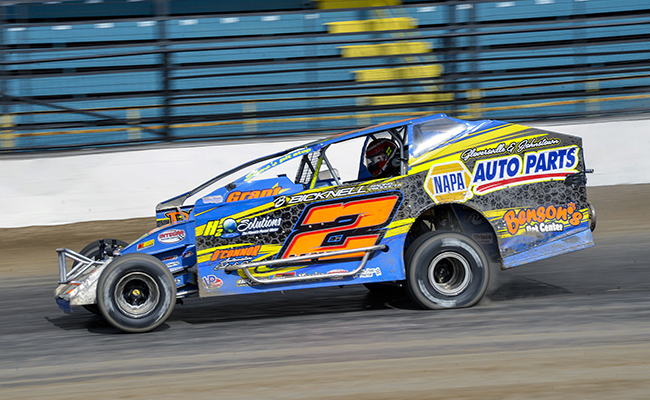 Jack Lehner’s climb exemplifies the one of the best pathways drivers can take in the Northeast. Each step was different according to Lehner: “It’s a big jump. The Limited Sportsman took a while to figure out that very first year, but once we got the hang of it, we climbed up into the regular Sportsman. The 358 wasn’t that big of a jump, it just got faster. But then we got the Big-Block and well, that was a pretty big adjustment for the first couple races but we adapted pretty well.”

Crew Chief Ryan Stites and Lehner do all of the work on the cars at the shop at his house in Saratoga Springs. “It’s just me and my crew chief, my friend Ryan Stites. He just turned 20. It’s just us two really, we do all the work. A lot of time we go to the races where it’s just us.” With solid finishes and the Big-Block Modified Rookie of the Year title under his belt, Lehner had a strong 2018. That kind of season requires serious dedication from driver and crew chief team. 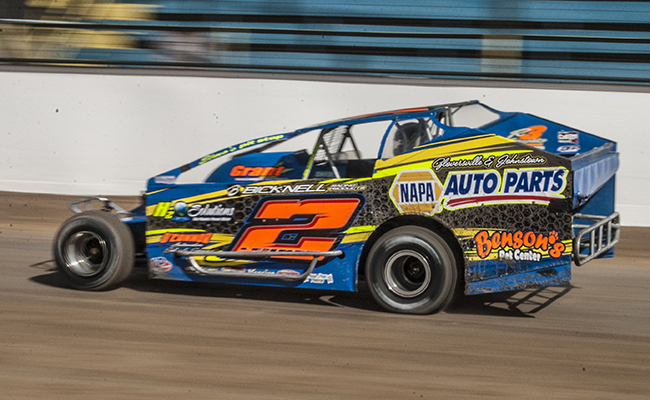 NAPA Auto Parts Super DIRT Week proved to be Lehner’s biggest challenges of the year. He went from sleeping in tents to Victory Lane in just a few days. “The first night at Super DIRT Week we planned on sleeping in tents because our hotel reservations didn’t start until Thursday. We got to talking to Max McLaughlin and he let us sleep in the toter. That was nice because it was going to be pretty cold that night.”

Lehner embraced the logistical problem solving required to race a 200-lapper on a 5/8 mile track. With a lot of heads up work and planning the No. 2L had a strong showing at Oswego Speedway. “Super DIRT Week was awesome. It was a great experience. It was the first time doing a race where you need that level of organization to do pit stops and everything like that. You gotta plan for so much more at a race like that. There is a lot more strategy throughout the whole weekend. There is quite a bit of practice but you gotta use it wisely.” 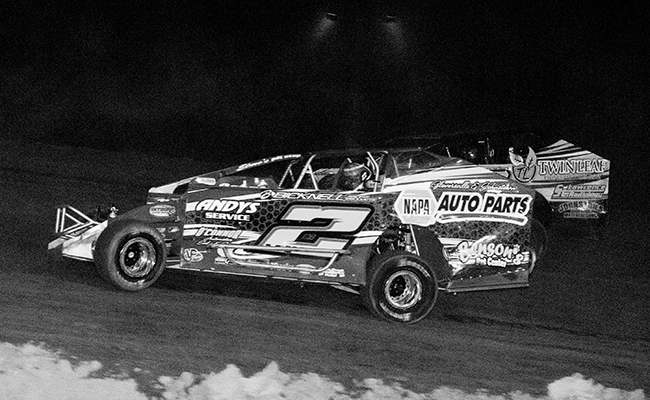 Despite failing to qualify through the Gander Mountain Friday Night Lights Triple 30s, Lehner was able to make the field by finding speed at a crucial time: The Last Chance Showdown. “We started out pretty fast and got better as the week went on. We figured some things out and got some help from some guys. Winning the Last Chance Showdown was pretty awesome because that’s a high stress race. The 200 itself went pretty smooth. I’m proud of all my guys. A lot of our guys don’t have any experience doing the pit stops and they pretty much nailed it.”

In 2019 Jack Lehner is running at Albany-Saratoga Speedway on Friday nights and will follow the entire Super DIRTcar Series schedule. Follow Jack Lehner Racing on Facebook and on Twitter @Jack_Lehner2 and keep track of what should be an exciting rookie season. Lehner recently announced his intentions to head down to Volusia Speedway Park for the DIRTcar Nationals.