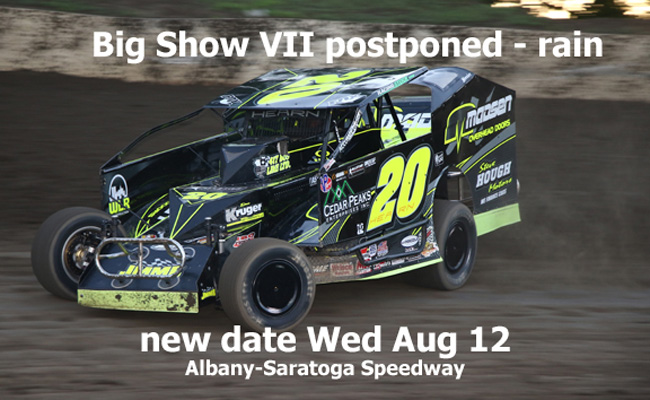 “With the drizzle that’s been falling at the track all morning and the pending thunderstorms coming this afternoon we felt it was best for everyone to postpone,” Hearn said.

“We talked with (DIRTcar NE Director) Mike Perotte and agreed upon the date of August 12th that seemed to fit well for everyone. Our biggest concern was not having the same thing happen as last year, when fans had to come twice to see the show. It was important to us to make sure the full Big Show experience happened without a hitch or weather issue,” continued Hearn.

This Thursday, July 9, the Super DIRTcar Series is at Mohawk International Raceway in Hogansburg, N.Y. for the Mohawk 100.