LIVERPOOL, NY — It was a night of revelry and celebration as the stars of the Super DIRTcar Series and DIRTcar Northeast gathered for a party two years in the making. Four DIRTcar Series champions, rookies of the year, and Hoosier Racing Tire Weekly Championship stars were all honored at this year’s championship banquet with $250,000 in prize money handed out. 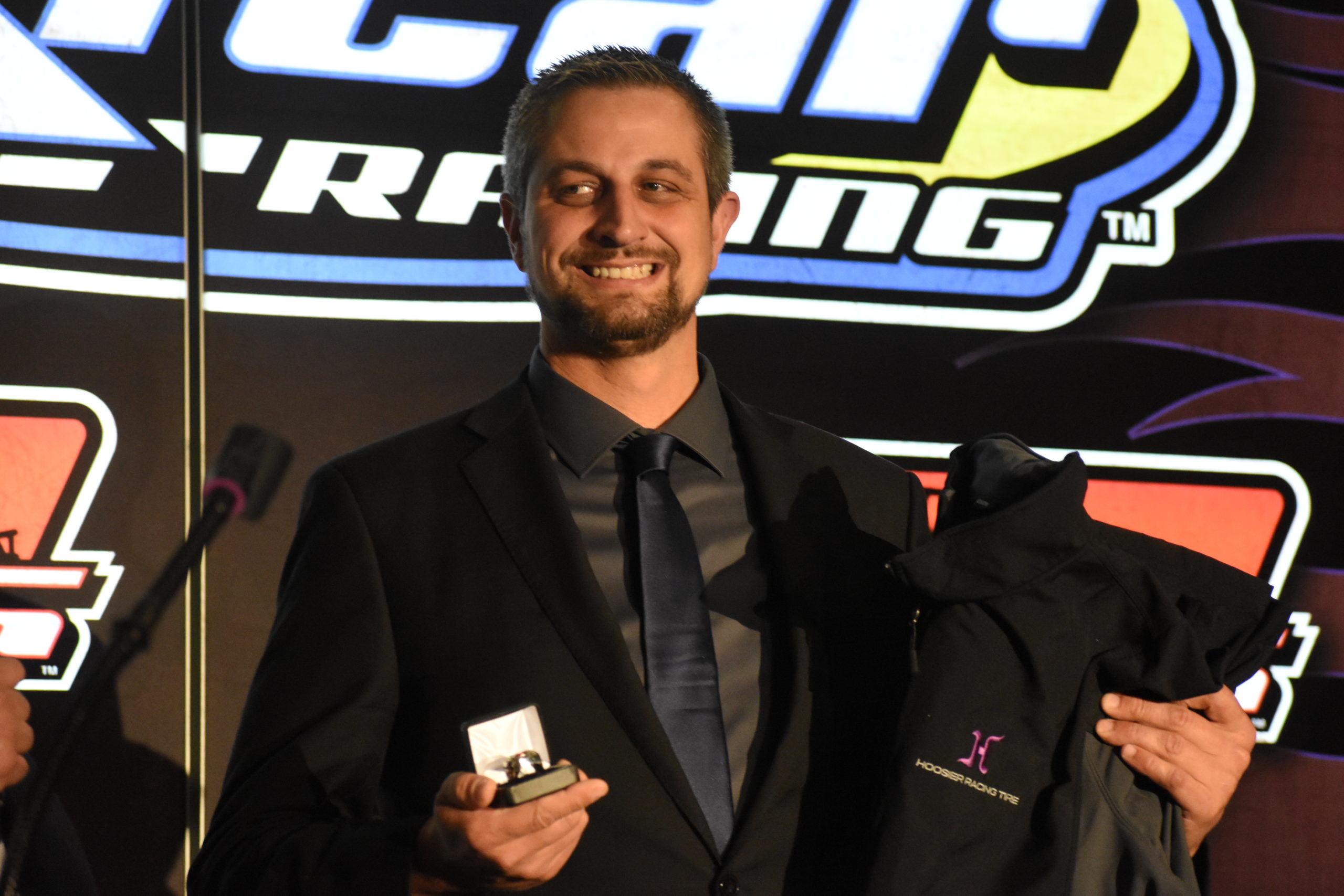 “I am sitting up here thinking about where we are today and where we were back then,” Sheppard said to the night’s host Shane Andrews. “Twenty years ago I was bombing around a burgundy 1979 Chevy pickup truck. I was driving for Steve Paine and I had none other than Matt Janczuk in my backseat because he’s got nothing better to do and I can’t find anyone else to go to the races with me. Here we are 20 years later.

Billy Dunn was honored for his first career DIRTcar 358 Modified Series championship that was worth $6,000 defeating Ronnie Davis III and Jordan McCreadie, who finished second and third. Everyone will remember his beaten and bodiless modified crossing the finish line to complete the Salute to the Troops 150 at NAPA Super DIRT Week to win the title.

Dunn had an outstanding year, nearly defeating Tim Fuller for the track championship at Can-Am Speedway. 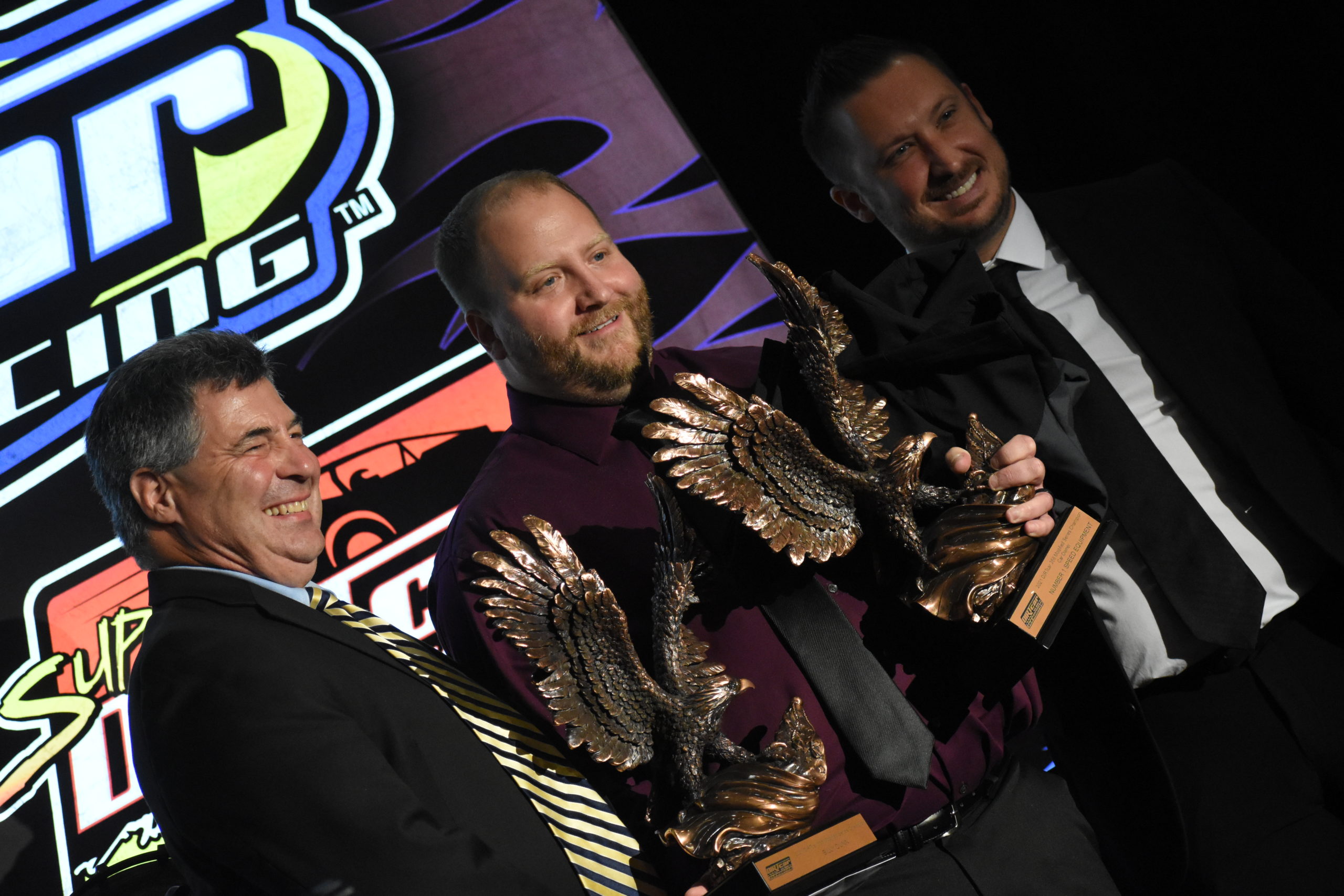 “It’s really cool,” Dunn said. “It’s been a long time since a Can-Am Speedway regular won the 358 title,” Dunn noted. “There was a time when it was the small block track to be at.”

Dunn capped his championship with a wild finish at Oswego finishing sans body.

“I don’t know if it was determination or just dumb but there were only a few laps left and we were on the lead lap,” he told Andrews. “I owed it to our guys who put so much work in to finish that race.”

Matt Janczuk broke through in 2021 winning the overall DIRTcar Sportsman Modified Series championship, worth $3,000, for the first time as well as his second Central Region title in two years.

Janczuk has been at it for a long time and owes his passion to the great racing family tradition the Janczuks have. 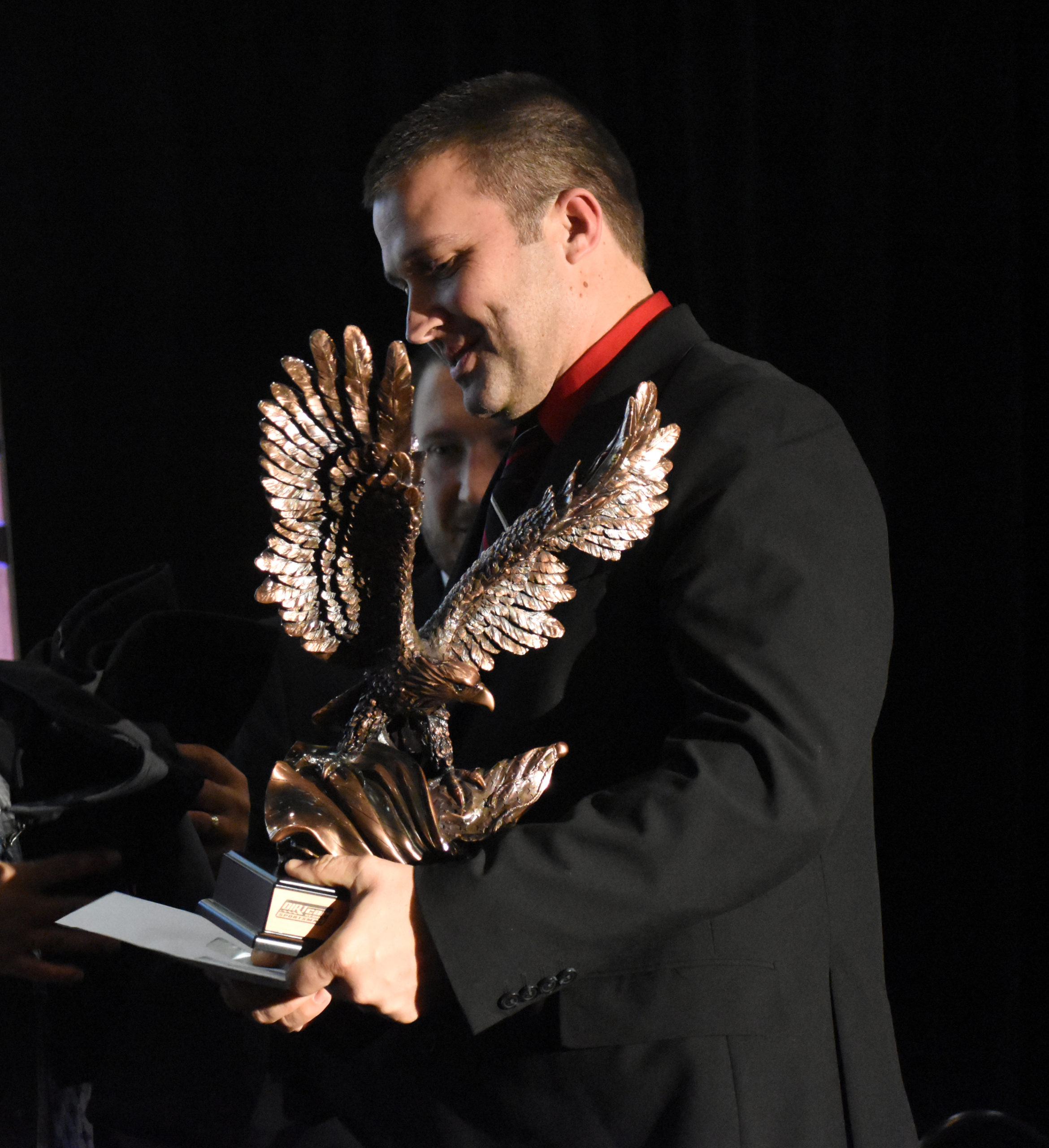 “I started like everyone did in the stands,” Janczuk said. “I was there in my car seat watching my grandpa run Street Stocks back in the day. We’ve been racing since then. It’s great to get up on stage and celebrate some accomplishments. It’s a family tradition starting with my grandfather and it’s just been a lot of work to get to where we are.”

Chad Jeseo, track champion at Lebanon Valley Speedway and Albany-Saratoga Speedway, won the DIRTcar Pro Stock Series title on the back of his DIRTcar Pro Stock 50 win at Oswego Speedway in October.  His Series Championship came with a $2,000 top prize. 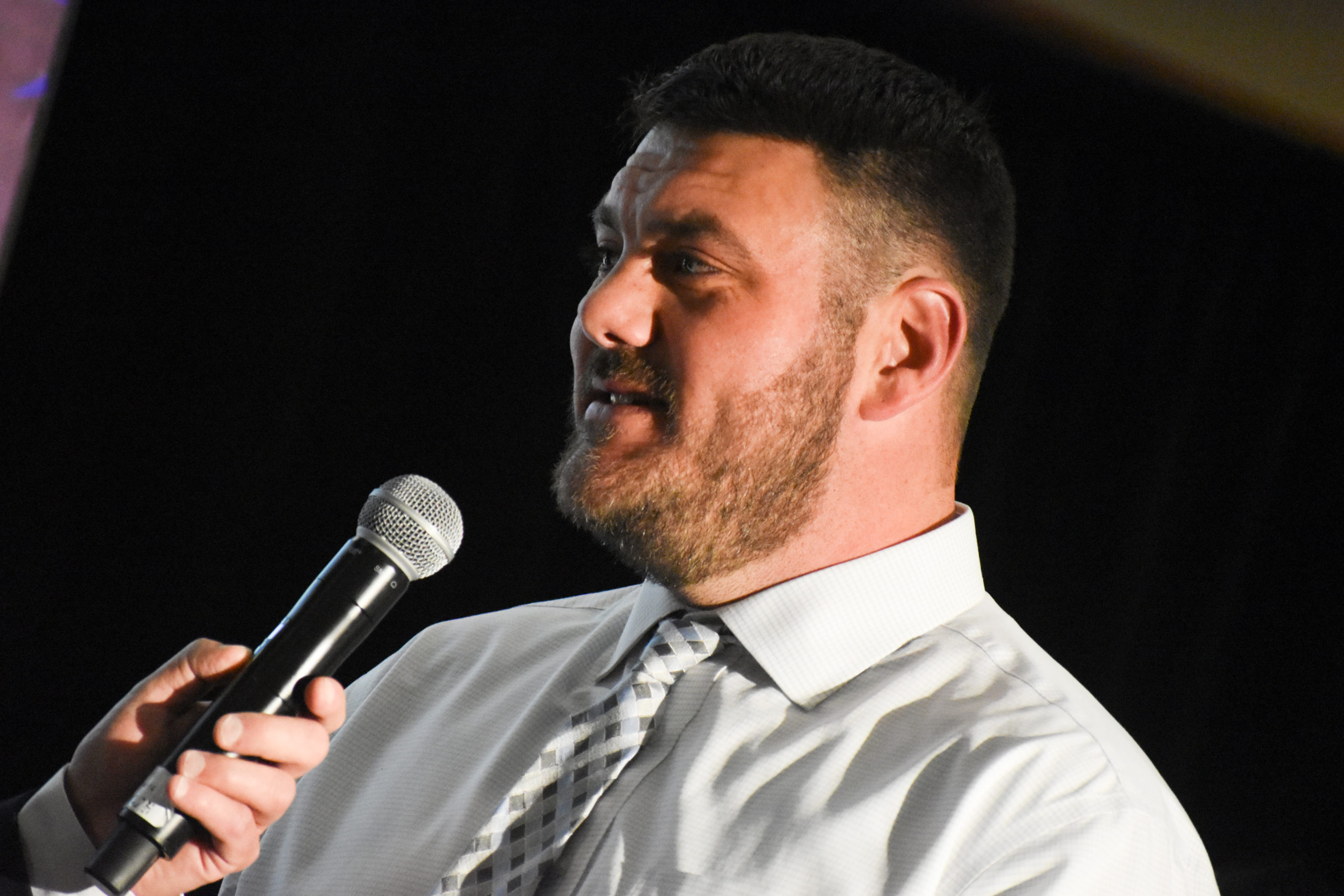 “To finish the way we did I can’t say enough about the team and everything. It was just a great season. It’s a long season. We start in April and race through October. We all fight for the title.”

Chris Hile was named the Super DIRTcar Series rookie of the year. “The Hiledriver” finished in the top 10 in Series points with four top fives and seven top 10s. He also picked up a guaranteed start at NAPA Super DIRT Week for finishing second to Matt Sheppard at Lebanon Valley Speedway.

Kevin Root was awarded the DIRTcar Big Block Modified divisional rookie of the year. He raced weekly at Brewerton Speedway and followed the Super DIRTcar Series tour accumulating 3,244 points, which placed him in 14th.