How Peter Britten became ‘The Batman’

[vc_row][vc_column][vc_column_text]The night is his hour. Suit, shoes, gloves and helmet are donned for the mysteries ahead, the uncertainties of the night. But there is no fear. Behind the wheel of his black machine, its engine angry, spitting fire, he hunts. To many who watch, he’s a hero. To those in his path, another story.

He is… Peter Britten.

Also known as… “The Batman.”

His origin is far from that of the fictional Batman in the comics and movies. Instead… “It’s not as cool of a story as you’re hoping for,” Britten chuckled out.

In year one of running Modifieds in Australia, Britten put an all-black body on his new car. He had no sponsor decal to put on the car, but the menacing scheme sparked another idea.

“Didn’t really have a reason to put anything on the car, just decided to stick a Batman symbol on it,” Britten said. “Thought it was kind of cool and the name started sticking a little bit from there.

“About the second race after putting the new body on, I ended up getting upside down pretty good and got stuck up in a fence. My rear bumper got stuck up in the top of the fence and so the car was hanging down facing the ground. A lot of people thought it looked like a bat hanging upside down sleeping. So, at that point the name just kind of stuck and it followed me over [to the United States] as well.”

The Super DIRTcar Series star didn’t pick the Batman symbol just for its cool look, though. Britten admitted he was a closet Batman fan. And still is.

“I always liked the Batman movies growing up, and to be honest I still do now,” Britten said. “When I was young, who was it, Michael Keaton? Yeah, he played the Batman (in 1989, 1992 and soon again this year). Back then, obviously, it was recorded on a VHS, that’s how long ago it was, but I wore that videotape out watching those movies as a kid.”

He added Christopher Nolan’s Batman trilogy with Christian Bale as Batman top his list of favorite Batman movies, as well.

“Obviously, I know Batman isn’t real, but I want the movie to feel like he could possibly be real,” Britten said. “Like there was to be an element of truth to them. I thought the way [Nolan] did those other ones was good. When it gets too magical or too cartoony or whatever, that’s when I lose interest.” 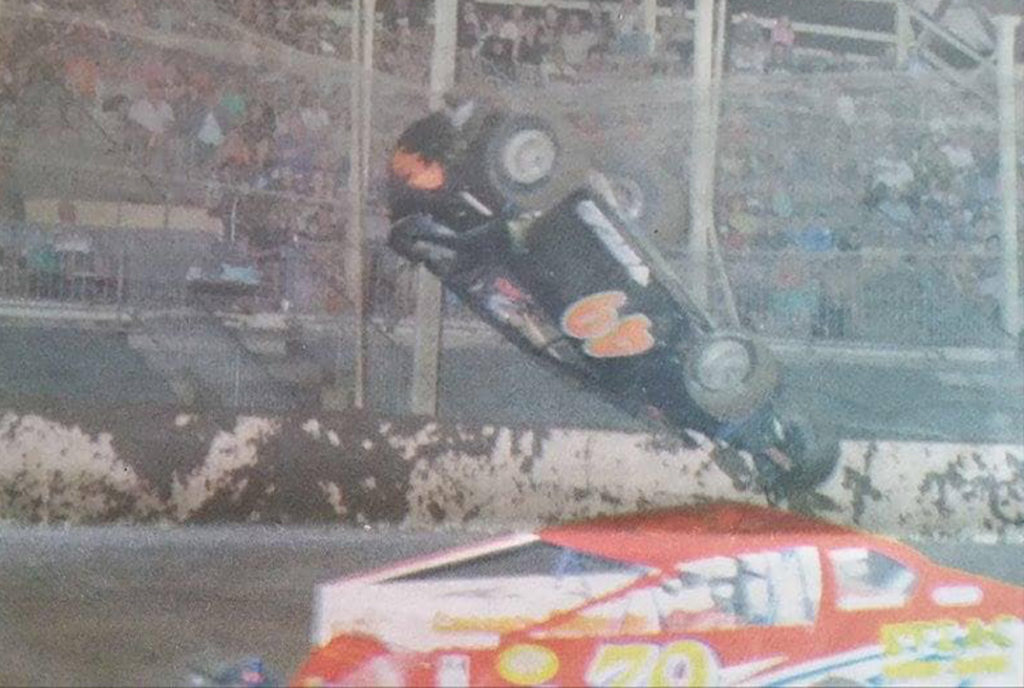 While Batman is fictional, the characteristics that make him feel real can be found with almost any race car driver. Both wear a suit and “cowl” with the intention of doing something they know could be dangerous. But they don’t fear it. It’s what drives them. And like Batman, many have a persona outside of the suit that could convivence you there are two identities.

“I feel like I’m one of those guys that if you didn’t know I was a race car driver you might think I wouldn’t be able to drive a race car fast maybe, but I think you could say that for a lot of people too,” Britten said. “If you met them, you not might necessarily think… like they might be this quiet kid or whatever and you see them on the racetrack and they’re a complete animal and you go, ‘Wow, I never would’ve guessed that from that guy’s personality.’

“I feel like there is a little bit of that element to me. I wouldn’t say I feel like Batman when I strap in but, yeah, over the years I’ve built up this comfort zone in the car. And I’m sure some of the guys that race full-time feel the same way. It’s like people come up to you and go, ‘Wow, you must have some big f*#%ing balls to pull that move off.’ I don’t think of it that way. It’s just something that I do. It was a move that made sense in my head, so I did it. I wasn’t being super brave or anything while I was doing it. It’s just what I do.”

There’s an argument that that kind of fearless attitude has even been used as inspiration for Batman over the years. Especially in the opening pages of one of the most famous comics, “Batman: The Dark Knight Returns” by Frank Miller. On the first page, Miller has Bruce Wayne (Batman’s alter ego) in a dangerous racing situation with the captions across multiple panels reading “I’ve got just under two seconds to shut this mess down and forfeit the race. The engine, angry, argues the point with me. The finish line is close, it roars. Too close. The front tire decides to turn all on its own. I laugh at it and jerk the steering wheel to the right.”

For Britten, being “The Batman” is just a nickname. One he also admitted can get old at times with overuse. But there’s also a benefit to it that will never get old.

“People who don’t even know me, like older people walking through the pits with their kids, they’ll stop and see the Batman symbol on the car and be like, ‘Oh, hey, little Johnny, look at that. He has the Batman symbol on his car.’ And the kid comes over, ‘Oh, cool!’” Britten said. “I think some of them think you might actually be Batman. That’s a cool side.

“It is pretty cool to see, especially the younger kids, how they light up and get really interested in my racing just from the association with Batman. That’s definitely cool. Obviously, the young kids are the future of the sport. Any time you can get them engaged for whatever reason at a young age that’s a good thing. I think the kids do like, not just me with the Batman, but other drivers who have nicknames that involve superheroes or anything cool. We as adults might get a little tired of it, like feeling like it is a little cartoony, but the kids eat that stuff up. It’s definitely a cool deal for sure.”

You can see “Batman” face the likes of “Superman” Matt Sheppard and many other star drivers when the Super DIRTcar Series season continues March 25-26 at Atomic Speedway for the Rumble in the Hills. 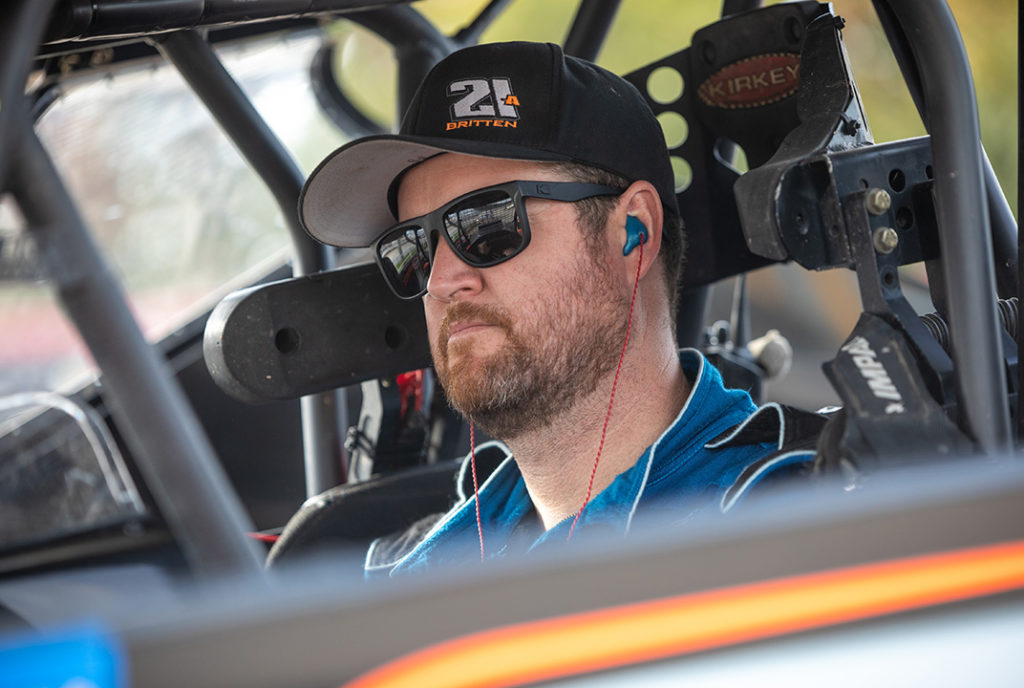