McLaughlin will return to Heinke-Baldwin Racing next year, as Jimmy Phelps’s teammate, to chase the Super DIRTcar Series championship, along with running full-time at a couple of weekly tracks. It’s a reunion with the team that helped birth the career he has now.

“Al called mid-summer and asked if I possibly had interest in doing something,” McLaughlin said. “He said before the year is over if you have any other offers just wait and talk to me first. So that’s all that was said. Toward the end of the year, we sat down and made a game plan. The operation over here is too good to be true. It’s awesome. Brand new stuff all the time. It’s the best equipment possible. Al gives us everything we need to go win races every night and go fight for a championship. That’s our goal.”

Many people have been asking what my plans are for 2022. Well, here they are! #8H #HBR #ComingHome @SuperDIRTcar @HBR_Motorsports pic.twitter.com/ZNR0eAXo9R

At 15 years old, McLaughlin’s racing career was about out of gas in 2015. He and his dad, Mike McLaughlin, were at the point where they were going to shut down their UMP Modified operation and Max was in the mindset of trying to go to college to play baseball. Then, an opportunity to run a Big Block Modified at Brewerton Speedway put him on a different path.

“We qualified and ran the Heat Race; I was pretty bad. But respectable at the time, I guess, for being 15,” McLaughlin said. “Then, Randy Kisacky (with HBR) came up to me after the race and said, ‘Hey, we’re testing tomorrow at Weedsport. We’d like to maybe put you in the car. Al wants to have you come test.’ I was like, ‘That car? Matt Sheppard’s car?!’”

Without hesitation, his answer was, ‘Yes.’

“We tested. I thought it went really good,” McLaughlin said. “I didn’t hear much after. Then, two weeks before Charlotte (World Finals), Al called and goes, ‘Hey, we’ve got a car together for Charlotte.’ I go, ‘Charlotte?! I have eight laps in a Big Block total, and you want me to go to Charlotte?’”

He went, set Quick Time the first night, finished top-15 and found himself with a full-time HBR ride the next year.

“That was it, man,” McLaughlin said. “Everything I’ve accomplished at this point was because of that. I would not be here.” 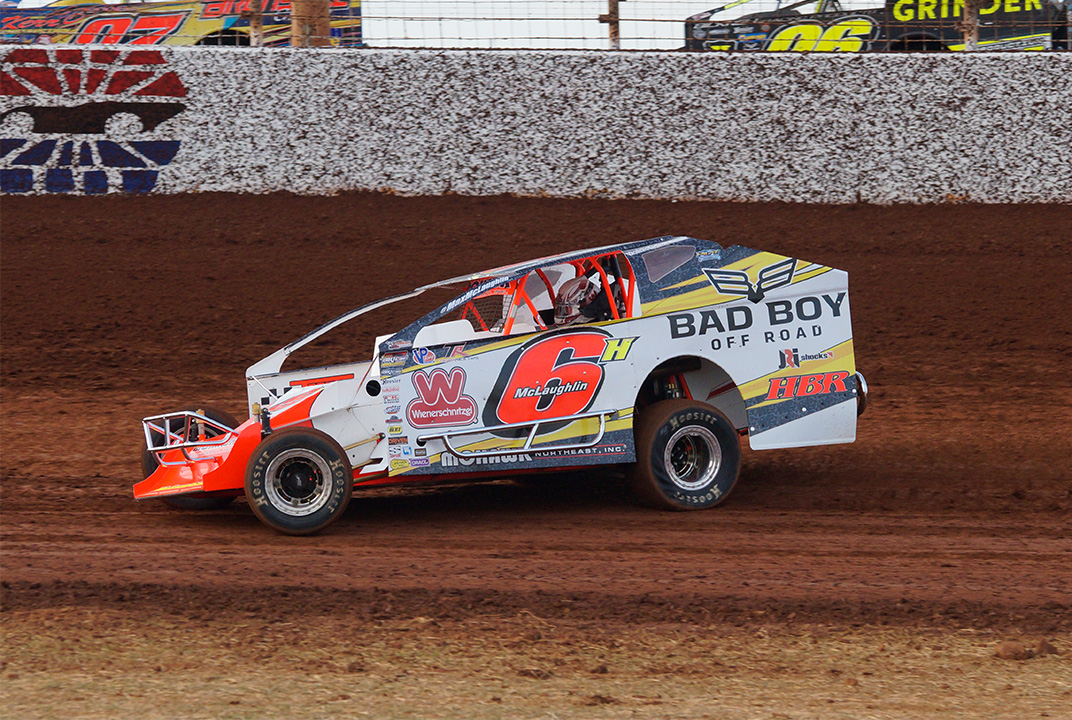 McLaughlin ran for the team until the end of 2019 before stepping behind the wheel of the #32C for Coffey-McCreadie Enterprises for the 2020 and 2021 seasons, picking up his first Super DIRTcar Series win at Weedsport Speedway in 2020 and then backing it up with a Series win at Volusia Speedway Park and claiming the 2021 DIRTcar Nationals Big Gator Championship. Along the way, he also dipped his toes into other ventures, such as winning with the NASCAR East Series at Watkins Glen and picking up a Supermodified victory at Oswego Speedway this year.

While running for CME was another career opportunity, McLaughlin said he thought only running the Series tour and not weekly races hurt their overall performance.

“We were always R&Ding on the tour, which is not what you want to do,” he said. “Every other driver, they all run weekly, and they get better on the weekends and then come kick our ass on the Series races. We were always trying something at each Series race and at times we were horrible. It’s unfortunate. It was really fun driving for the 32 guys. They’re awesome people. They’re going to be friends forever and I really appreciate what they did for me. Next year it will be two nights a week (weekly racing with HBR) along with the Series on top of that, so I think we’ll be a real force.”

He didn’t disclose which tracks they plan on running weekly but said they have a good idea.

No matter which tracks they go to, even the ones he’s struggled at before, McLaughlin’s excitement about what HBR has to offer has him confident they’ll be a contender everywhere. He got an early taste of that during this year’s NGK NTK World Finals. After struggling to find grip, he convinced the CME team to make big swings and put Dig shocks on the car, which he’ll have on his HBR #8H Big Block in 2022. With the changes, he drove from 30th to third in 15 laps and said if it wasn’t for a punctured tire, he felt like they had the winning car.

The boost of confidence also comes just in time for the historic 50th NAPA Super DIRT Week at Oswego Speedway (Oct. 3-9, 2022). McLaughlin and the HBR team have a history of success at the event, having won one of the preliminary races in 2017.

Already planning on spending most of his off-season at the HBR shop in Weedsport, NY with Kurt Wiegel building the cars, the Mooresville, NC resident has no doubts Heinke is again giving him everything he needs to make another big step in his career.

“I think we’re definitely going to be a force to win the championship,” McLaughlin said. “No question. Most people know that. We know that. That’s what really matters. We’re going to do everything we can to go win the points. Not just Super DIRTcar Series but weekly, too. We want to be a dominant car. We want to be able to compete with the 9s (of eight-time Series champion Matt Sheppard), the 88 (of 2019 Series champion Mat Williamson) and the 44 (of five-time NAPA Super DIRT Week champion Stewart Friesen). Those three right there are at the top of their game. We fully expect to be right there with them.”

The 2022 Super DIRTcar Series season will kick off at Volusia Speedway Park during the DIRTcar Nationals (Feb. 15-19). For tickets to the event, CLICK HERE.

If you can’t make it to the track, you can watch McLaughlin chase the 2022 Super DIRTcar Series championship all year live on DIRTVision – either online or with the DIRTVision App. 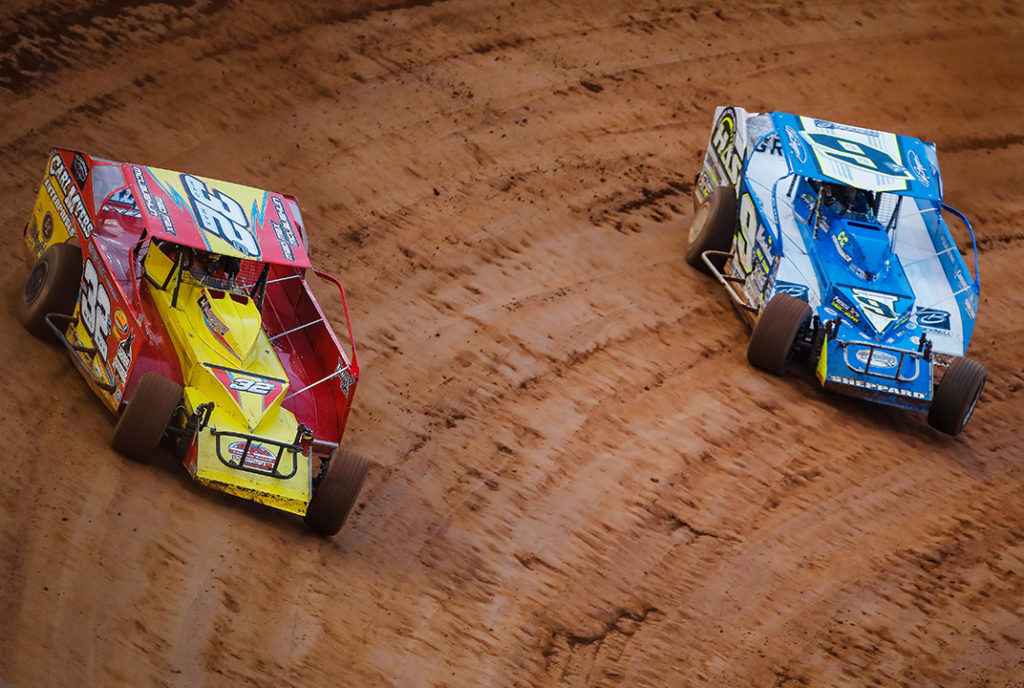