SYRACUSE – Chris Hile has been a staple on the high banks of Fulton and Brewerton Speedways for a decade where he honed his skills before deciding to go full-time Super DIRTcar Series racing in 2020. Unfortunately, like many well-laid plans, the Series championship has been postponed until 2021. 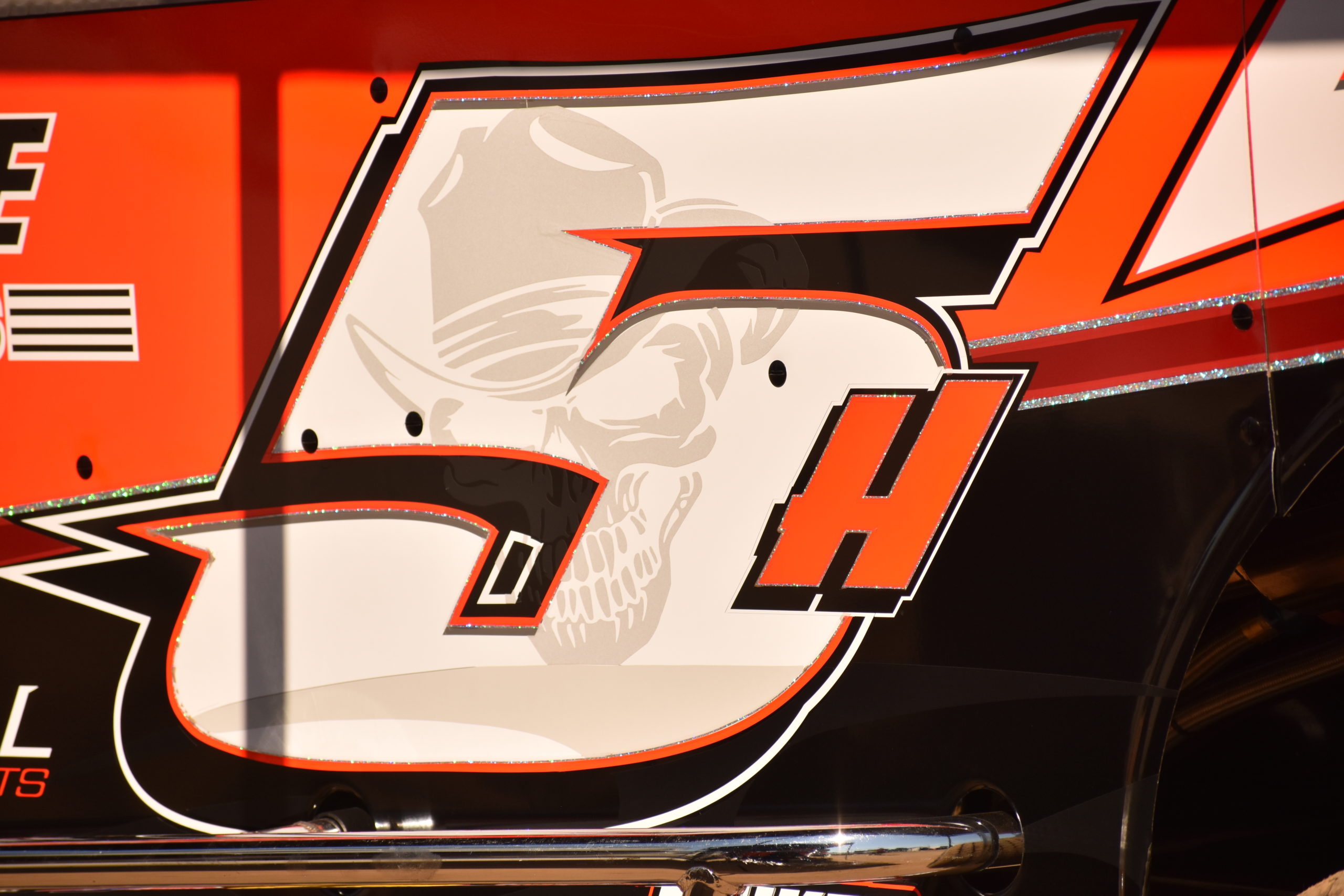 Hile, of Syracuse, a would-be rookie of the year candidate with a decade of experience behind the wheel of a Big Block Modified, sits poised to make the best of a turbulent 2020 racing season with a run for the money at DIRTcar OktoberFAST.

“We were really excited for this year to go full time on the Series trail, but obviously we’re all in the same boat with COVID,“ Hile said thinking back to April. 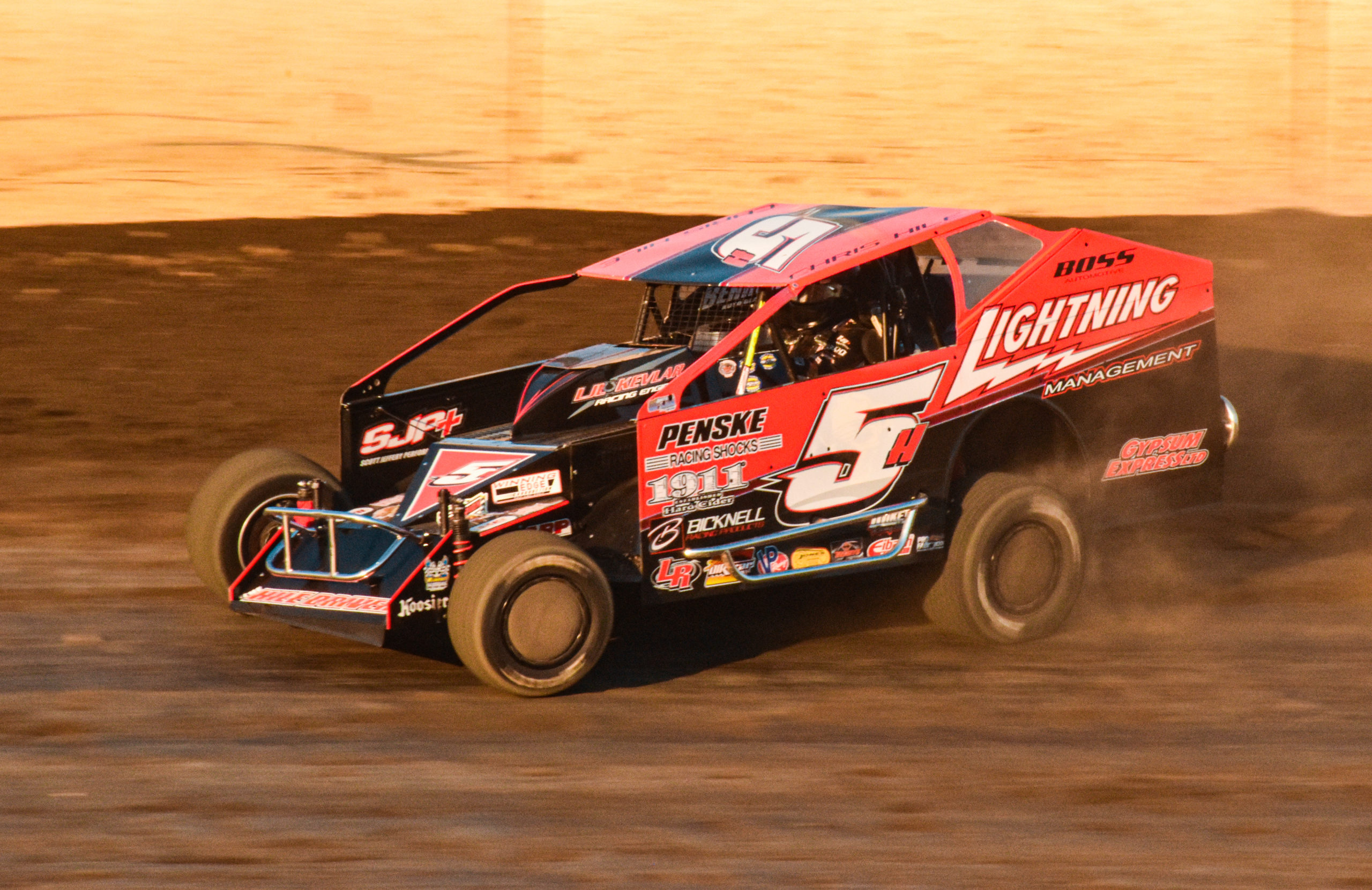 Chris Hile and his team have committed to taking on the entirety of the event. The demon-red No. 5H will roll out of the hauler for all six nights of DIRTcar OktoberFAST, and here’s how it all came together.

The Track, Grandpa, and Kinsella:

Chris Hile, a 33-year-old Super DIRTcar Series Big Block Modified driver, started his life at the race track, spending each and every weekend there. The rhythm of the Central New York summer beats to the order of weekdays, Hot Laps, Feature, sleep. For many, the interruption has encouraged us to look back on our past. Hile has taken the time to remember his roots.

“When he was young, my grandfather raced a hobby stock at Fulton and Lafayette Speedway. Later, he and my father took me to the races every week. I know I went to races in diapers so I’ve been around it since I can remember,” Hile reminisced.

Not only did Hile have his grandfather and dad to look up to at the race track, but he also had his hero Tom Kinsella, a two-time champion of the famed Victoria 200 at Fulton Speedway.

“I was probably about 13 when we started helping out Tom Kinsella. He was my idol growing up. If there was a race and Tommy was at it, I had his autograph at least four times. He was someone I looked up to,” said Hile, laughing.

Hile has walked the path many have dreamt. He started as a wide-eyed Tommy Kinsella fan, he took the chance to try a DIRTcar Sportsman Modified and made his way up to become a full-fledged Super DIRTcar Series driver. It’s only a matter of time before “The Hile Driver” will inspire that next young fan to want to jump into a go-kart and go racing.

From Sportsman to a Decade in a Big Block:

Race fans were anticipating Chris Hile’s rookie season because although he would technically be a rookie on the Series, he is also a threat to win on any given night. Hile has been behind the wheel of a race car for well over a decade.

In those 10 years, Hile has 250 starts in DIRTcar Big Block Modifieds at Fulton Speedway and Brewerton Speedway combined. The No. 5H finished in the top 10 in half of those races, including two Feature wins at Fulton and four at Brewerton. The impressive stats are all a nod to the consistency of his racing program.

“We’ve always had good help from people. We try to be meticulous with stuff so when the car leaves the shop it always has a chance to win,” Hile said. “The driver is on his own though. It shows that we keep our nose clean that we try to make it to the next race. At the end of the day if you have a waffled up race car you don’t have much.”

One of the many NAPA Super DIRT Week traditions that made the move from the New York State Fairgrounds was the ”Win and You’re In” race on Saturday night before the Billy Whittaker Cars 200. Hile has the distinction of winning the first one to award a position at Oswego rather than The Mile.

“I remember it was raining and raining, they went out and worked the track and it was the fastest Fulton surface I have ever been on. To watch the World of Outlaws out there, too, was pretty wild. I don’t remember who won the sprint car race but I know we had a good night,” Hile said with a laugh.

Hile has 48 starts, two top-fives, and 12 top-10s in Super DIRTcar Series competition at tracks across New York, although a few tracks will be new for him during DIRTcar OktoberFAST.

He was surprised at the number of career starts he has on the Series, but when reflecting Hile said, “Anytime Weedsport, Rollings Wheels, Utica-Rome, Canandaigua came up on the Series schedule we’d go. It’s just crazy to think of how fast it adds up when you look at the numbers.”

Hile has Big Block starts at all the OktoberFAST tracks except Can-Am Speedway and Albany-Saratoga Speedway.

“I have a couple wins at Can-Am in Sportsman Modifieds but never in a Big Block. I’ve never raced at Albany-Saratoga at all. I have only been there to help out on other teams.”

But learning a new track is very simple for Chris Hile: He either gets it or he doesn’t.

“I don’t mean to sound arrogant, but as a race car driver, I look at a World of Outlaws Sprint Car driver,” said Hile. “They’ll go to a track for the first time and they are just as quick as a regular. I always say if I can’t figure it out in Hot Laps and Time Trials then I’ve got an issue behind the wheel.” 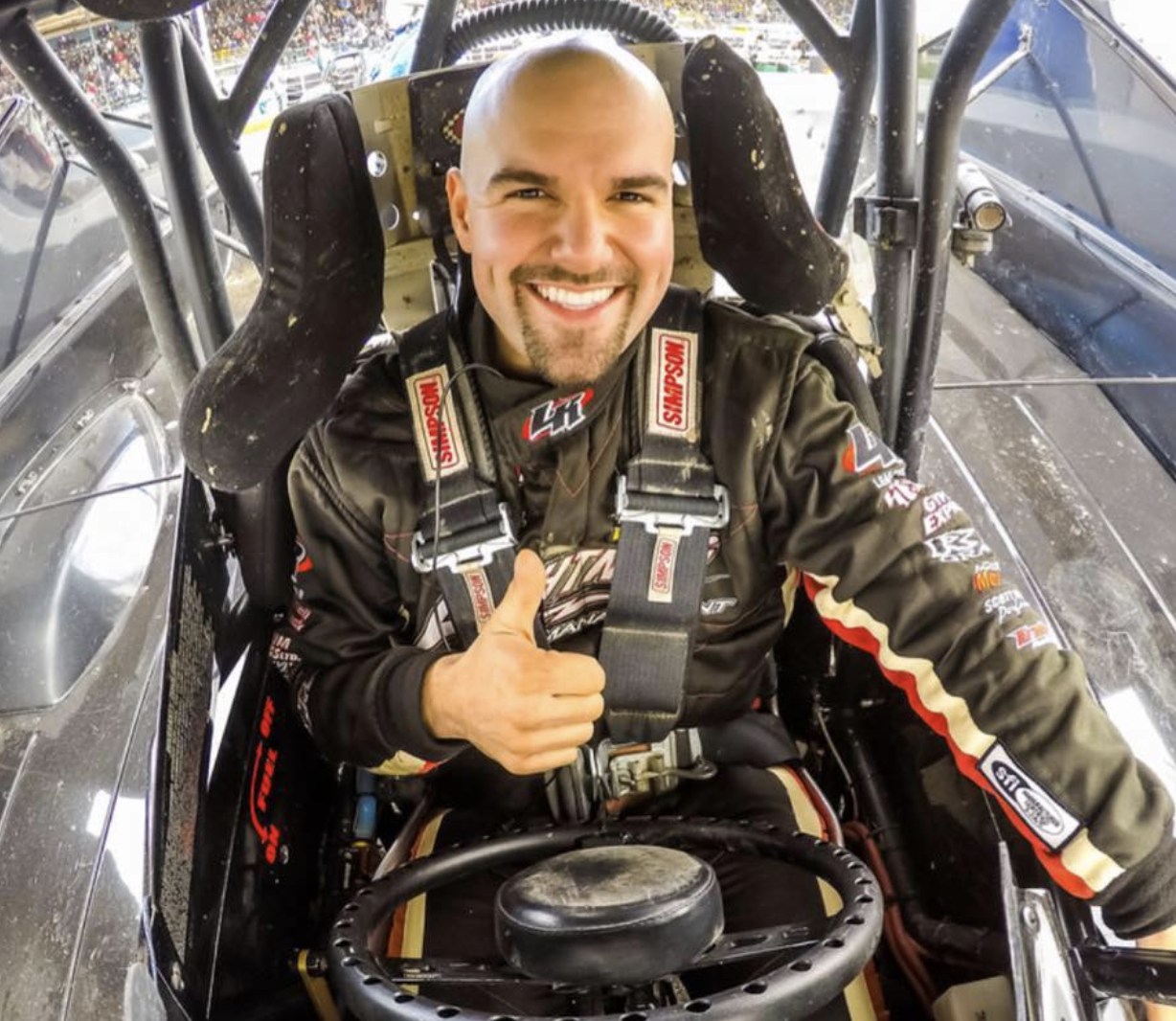 There is still some homework to be done and racers never give all of their intel away. Tweaking setups night-to-night will be key for winning teams.

“For setups I try to think of tracks that are similar shapes and sizes. You can grab your notes for gears and things like that,” he said. “You want to know if it has a big bank or is flat. Take those main things into account and you can get pretty close from there. I can go to Fulton, Weedsport, and Albany with pretty much the same setup besides the gears.”

To see how Chris Hile and the rest of the Super DIRTcar Series fare over six races in six nights at six different tracks, be sure to watch DIRTcar OktoberFAST presented by DIRTVision October 6-11. Click here to get your Fast Pass now.

DIRTcar OktoberFAST is brought to fans by many important sponsors and partners, including: