WEEDSPORT, NY – November 30, 2020 – When the world ground to a halt in the springtime of 2020, drivers were suddenly in a situation no one anticipated. Teams prepared all winter long for another jam-packed season of DIRTcar Racing in the Northeast. Sadly, the global pandemic required many states in the Northeast as well as Canada to restrict large public gatherings.

Despite this, race tracks found a way to reopen to put on incredible shows and give competitors a place to race. There is a very short list of drivers that were busier than Canadian-American sensation Stewart Friesen in 2020. In addition to a stacked dirt racing schedule, including 26 DIRTcar races, he also had his full-time NASCAR Gander Mountain Truck Series schedule.

Out of those 26 DIRTcar races he entered, Friesen took home 22 top-five finishes. That level of consistency was needed to unseat Matt Sheppard, who had won the DIRTcar Big Block Modified portion of the Hoosier Racing Tire Weekly Championship the last six years in a row. 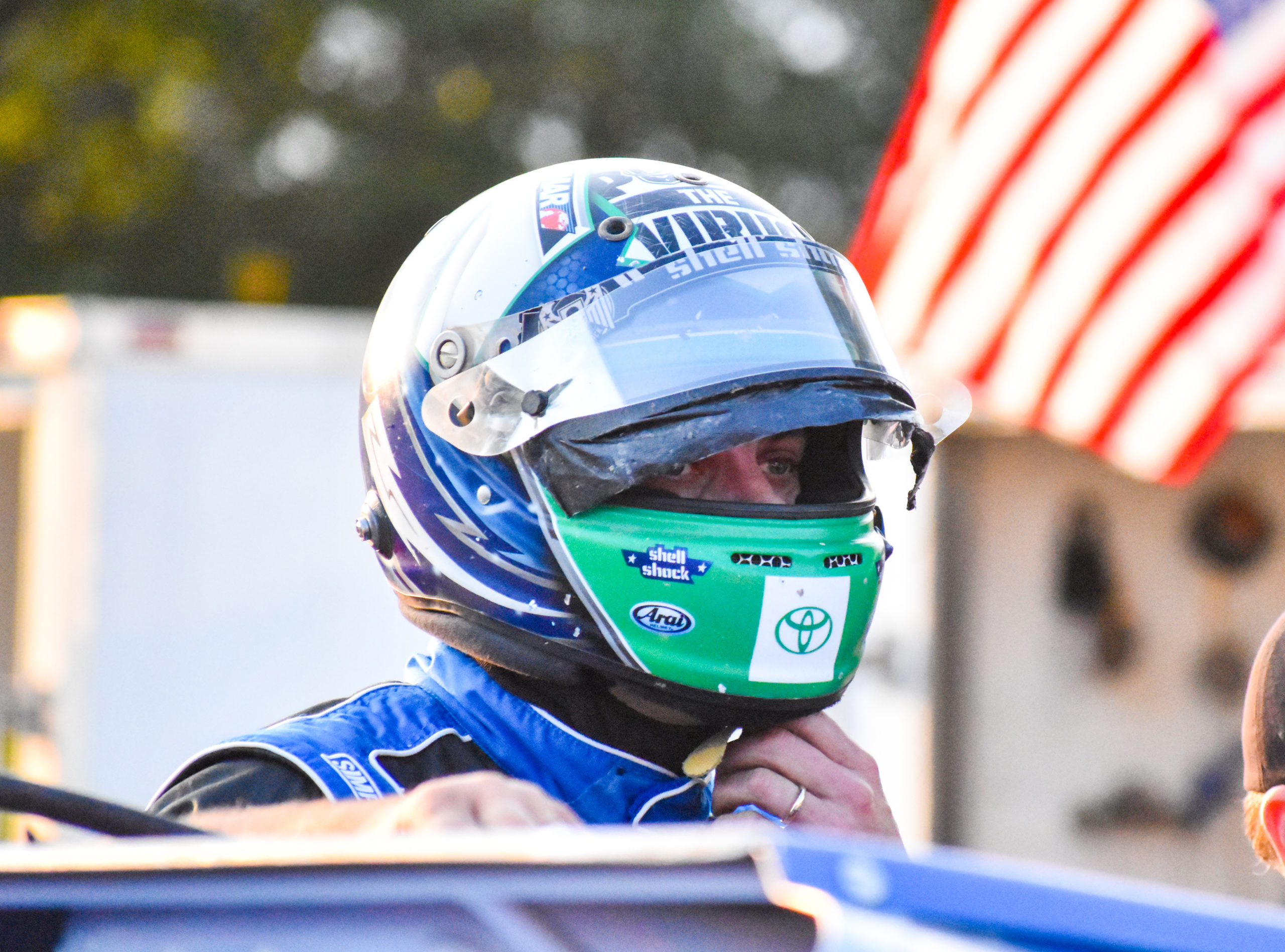 “Matt Sheppard has been setting the bar in dirt modified racing for the last decade,” said Stewart Friesen. “I am happy to hang with him and win this championship.”

“We’ve got our program operating at a really high level. I’ve had great car owners over the years but having five years under our belt with Chris Larson and the Halmar International group has been very good,” Friesen said. “With the way things worked out this year we were able to chase some point titles, the Hoosier title being one of them. It worked out getting starts at Volusia, Middletown, and running more than we expected to at Albany-Saratoga.”

Friesen piled on the points starting with strong showings in February at the DIRTcar Nationals at Volusia Speedway Park where he recorded three top five finishes in four starts. But it was at Malta, NY’s Albany-Saratoga Speedway that the No. 44 was hooked up. He pulled down four wins in eight races.

“We were lucky to have Orange County and Albany-Saratoga put schedules together and run races. They were able to be fluid with the situation and put the online streaming together to support the purses.”

Orange County and Albany were fielding Super DIRTcar Series caliber Feature lineups on a regular basis so the competition was tight every night. 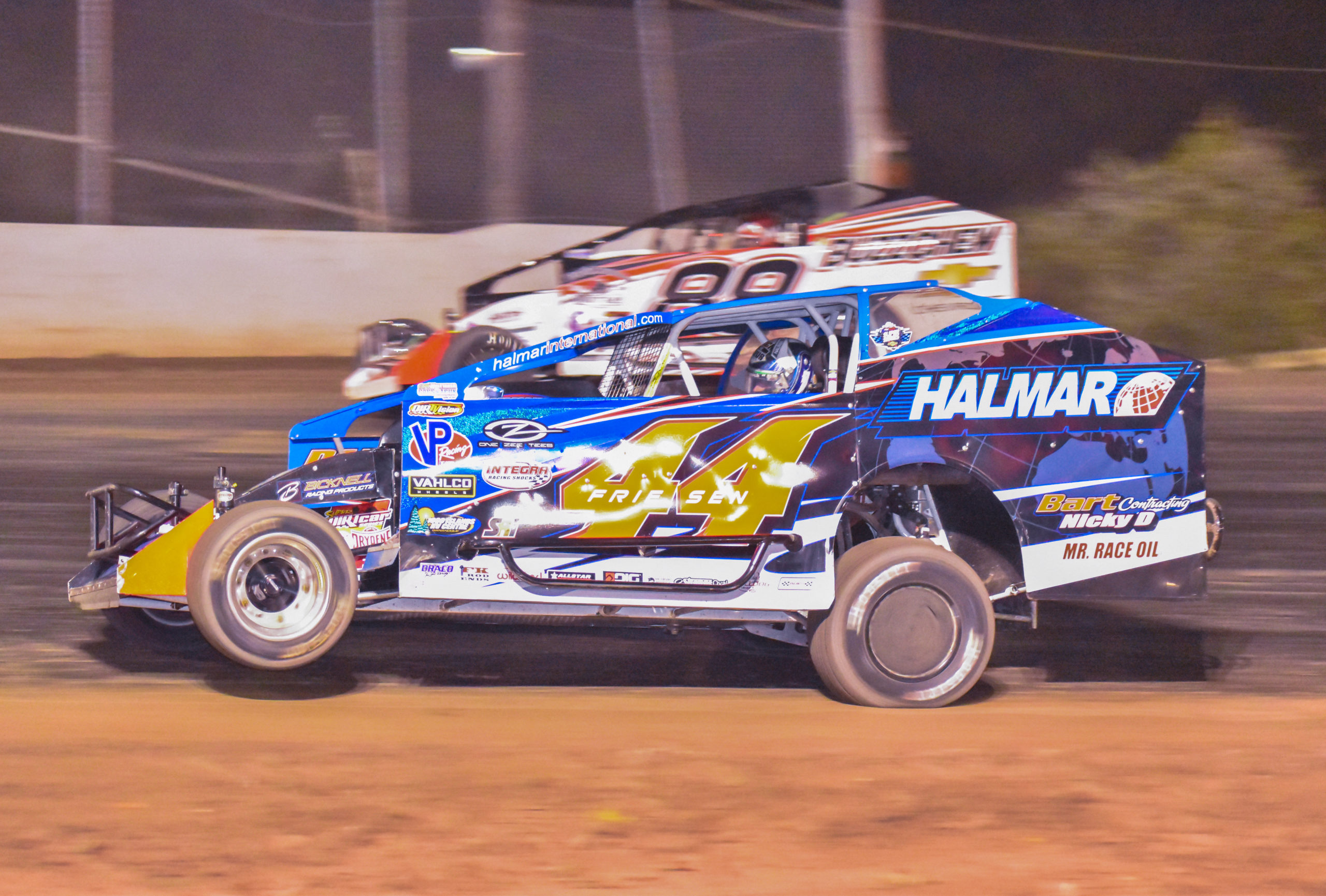 “With having the first couple months off guys wanted to race. With only a few tracks opening guys were moving around hitting different tracks. It made every race we went to feel like a big one and it made our team better because of it,” said Friesen.

The No. 44 team recorded four wins in eight starts at Albany. Despite being unable to make all of the races, Friesen finishes fourth in track points.

“Albany is only about an hour from the shop. We haven’t been there fully as a regular in a couple years. With the NASCAR races being single-day shows, my Friday nights were freed up. We perfected our setup there as the year went on,” Friesen noted. “It’s one of those places that if you can get good there you can be fast at a lot of places. Bart Contracting is one of our bigger sponsors and that’s his home track.” 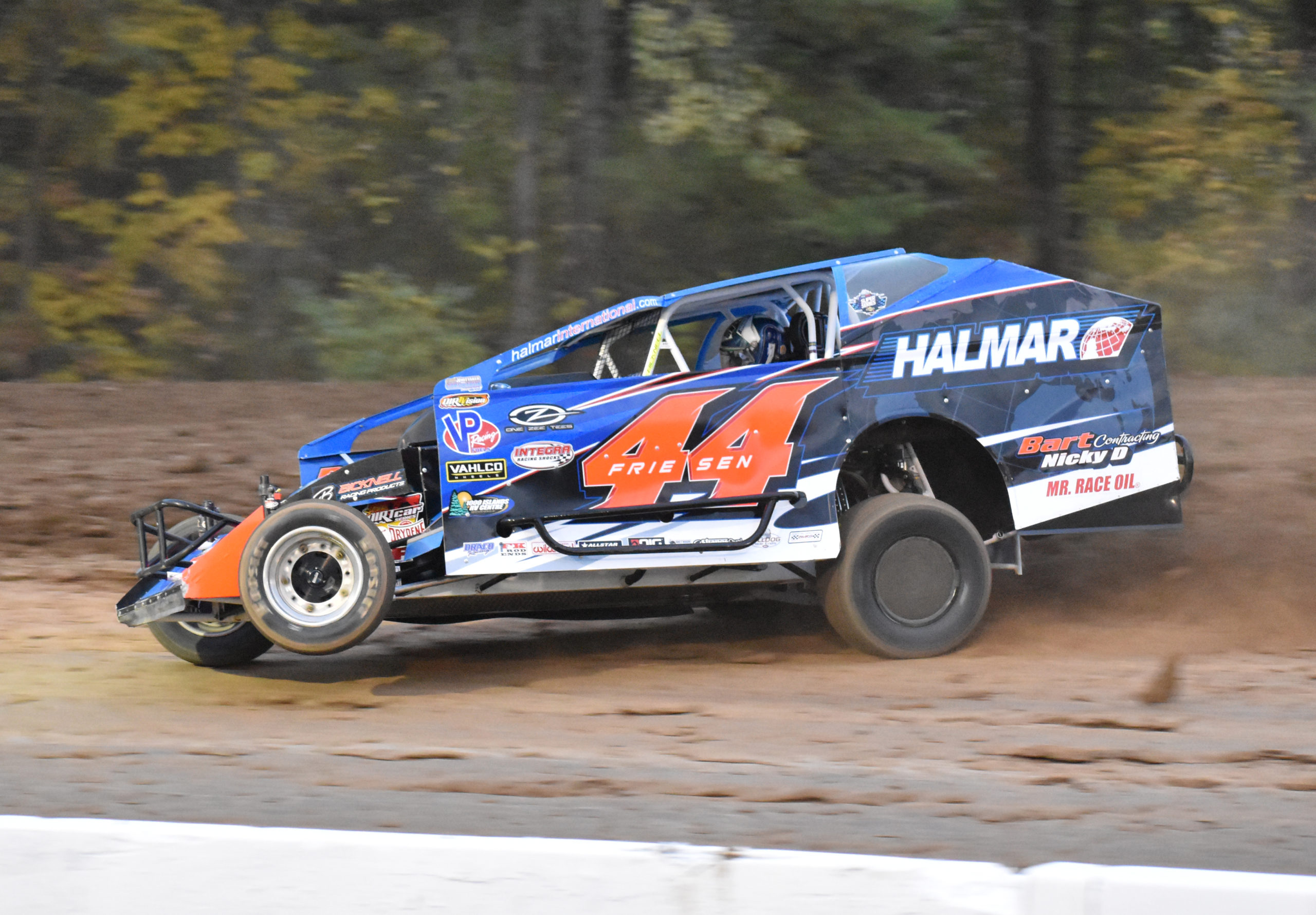 Friesen was a big part of the 2020 Super DIRTcar Series races. In addition to the DIRTcar Nationals, Friesen appeared at Bridgeport Speedway and all of the DIRTcar OktoberFAST presented by DIRTVision events in both Big Block and DIRTcar 338 Modified competition along with his spousal teammate Jessia Friesen in her No. 1Z Big Block.

“OktoberFAST was awesome. Our team is set up for a speed week like that. The car counts were almost too high but I understand because it was a back gate show without fans,” said Friesen.

At the outset of the COVID-19 race season, the Super DIRTcar Series made a historic trip to Bridgeport Speedway. The race was also the first Series visit to the new 4/10ths mile configuration.

“Winning the event at Bridgeport was a big one for us. Danny (Serrano) was a good friend of mine. It was also the first Super DIRTcar Series race on the new configuration,” said Friesen, who mentioned Danny Serrano, track manager who suddenly passed away this year. The race was a memorable battle for all who witnessed it. “We got into a big tire war there. We were in conserve mode, Sheppard slipped by but ended up getting a flat, and I was able to hold Decker off at the end. That was big. It’s always good to win a first-time race for the history books.”

“I am glad we got the win at Eldora. That was a goal. That race is what got us in the truck series. It was on Chris Larsen’s radar and everything snowballed from there. Having the win and being the last winner is pretty special,” noted Friesen. “ It’s similar to being the last winner at the New York State Fairgrounds. Hopefully, we get back there someday but for now, having that title is pretty cool. I’m really looking forward to the schedule this year with the Bristol dirt race and Knoxville, which is some place I’ve always wanted to race.”

“I’ve never raced there. We were close a few times five or six years ago when I was doing more sprint car stuff but it never really worked out. Jess [Friesen] has raced there a handful of times so at least someone in the family has some experience there,” laughed Friesen.

The Halmar International No. 44 was busy in the digital realm of dirt racing as well. Friesen’s Super DIRTcar Series Big Block was scanned for the soon-to-be-released iRacing update which also includes DIRTcar 358 Modifieds.

“Having iRacing at the shop was neat. The whole deal came together with Kevin [Lannarelli] at iRacing and we are still going back and forth with those guys on setup stuff, the particulars of the steering, and getting everything as real as it can be. It was a cool experience,” Friesen said. “We opened up the shop and had a car race-ready to go. They scanned the car. Then we took the body off and scanned everything again. It was an interesting and lengthy process but it was neat to be a part of. It’ll be cool that when you get on iRacing and go into the cockpit view, it will be just like my car. It’s the way I have the gas pedal set up, it’s the way I have the brakes set up, and all of that.”

Racers and fans alike are looking forward to another Hoosier Racing Tire Weekly Championship points battle in all four DIRTcar Northeast divisions. Stay tuned to SuperDIRTcarSeries.com and DIRTcar.com for schedule announcements and more. Also be sure to follow the Super DIRTcar Series on Facebook, Twitter, and Instagram today.