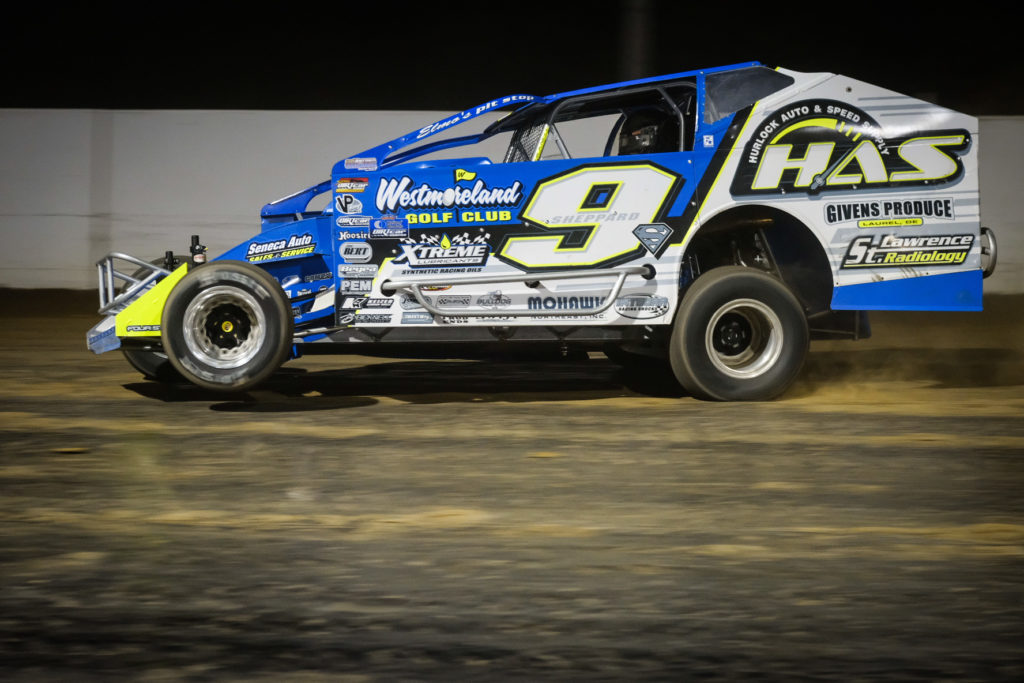 $3,750 awarded for fastest laps in Time Trials over five races at DIRTcar OktoberFAST presented by DIRTVision

WEEDSPORT, NY – October 16, 2020 – All six nights of DIRTcar OktoberFAST presented by DIRTVision featured thousands of dollars of special awards put up by our excellent partners in racing. Among the most prestigious of these awards were for the first and second fastest laps in Time Trials for the Super DIRTcar Series Billy Whittaker Cars Big Blocks.

Each driver was awarded $500 for quick-time and $250 for the second-fastest lap. Speed in Time Trials is often an indicator of how the night will finish, but not always. How did the fast-timers fair at DIRTcar OktoberFAST?

OktoberFAST started at “The Great Race Place” Albany-Saratoga Speedway where it was Bart Contracting night at the races. Three-time Super DIRTcar Series champion Billy Decker hit the ground running picking up fast-time on the night, while the pride of Ransomville, NY, Erick Rudolph, went second quick.

“The Franklin Flyer” Billy Decker redrew fifth and only fell back one spot to sixth in the 60-lap Feature. Albany was one of Decker’s better races of OktoberFAST where he finished with one top-five, three top-tens, and if points had been awarded for the five shows, Decker would have finished ninth overall.

Rudolph had a similar night in terms of progress by starting twelfth and finishing eleventh. He had a solid week where he scored two top-fives and 4 top-tens out of the five completed races. If points had been officially recorded for OktoberFAST, Rudolph had the fifth most.

After an unfortunate rainout at Utica-Rome, the Series moved on to Fulton Speedway where Penske Racing Shocks carried the night’s special awards. It was all Jimmy Phelps at Fulton except for Brett “The Jet” Hearn, who topped Time Trials for the $500 bonus. Phelps wasn’t far off and timed second quick.

Hearn redrew ninth but mechanical problems bubbled up early for the No. 20 and he scored twenty-seventh on the night.

Stewart Friesen, the five-time NAPA Super DIRT Week champion, broke through on St. Lawrence Radiology night at Can-Am Speedway. Friesen was coming off a strong night and grabbed a podium at Fulton. The $500 quick-time was by the widest margin of all quick-times during the week. Friesen followed up with a fifth-place finish at Can-Am.

Behind Friesen in Time Trials was Jimmy Phelps coming off his huge night at Fulton. Phelps did not redraw well and wound up finishing eleventh.

A whole new pair of drivers found themselves on top of Time Trials at Land of Legends Raceway. Hometown hero Justin Haers left it all on the track in Time Trials to record quick-time for his $500 bonus thanks to SuperGen Products/Champion Power Equipment. The half-mile track in Canandaigua, NY hosted the second annual Gerald Haers Memorial in 2020 so the fast-time award was special for Haers.

Despite a strong redraw, Haers battled mechanical gremlins in the Feature and finished back in the twentieth position. The second quickest driver in Time Trials was Demetrios Drellos, from Queensbury, NY. Drellos proved himself a solid qualifier last year and it showed again at Land of Legends Raceway. Drellos’ time was worth $250 from SuperGen Products/Champion Power Equipment.

The OktoberFAST finale at Weedsport Speedway was presented by Stirling Lubricants, based in Rochester, NY. It was the Matt Sheppard and Max McLaughlin show at Weedsport.

Sheppard grabbed the Stirling Lubricants Fast-Time Award while McLaughlin timed a tick behind for second quick. They tandem capped off the memorable night by swapping those positions in the 75-lap classic in which Max McLaughlin became a first-time Super DIRTcar Series winner.