CONCORD, NC — Canada has extended the border closure with the United States through the end of July, and due to these restrictions the Super DIRTcar Series is forced to cancel and postpone several events that were scheduled north of the border.

Also, the July 2 race at Land of Legends has been postponed until Wednesday, July 22.

“With the ever-changing restrictions due to COVID-19, the Super DIRTcar Series schedule has been quite the juggling act,” Super DIRTcar Series Director Dean Reynolds said. “First with the extension of the Canadian border closing, and now with the uncertainty of executive orders in New York, we have to make some changes.

“We were all set for July 2 at Land of Legends, but with recent changes and the uncertainty of when or even how many fans would be allowed in the stands, Paul Cole and I determined it was best to postpone to later in the Summer where we hope to have better guidance from the state,” Reynolds said. “Our teams have been itching to get on the track so we are looking at some of our partnered tracks outside of New York in an effort to schedule a race or two where we’ve unfortunately lost dates.”

Super DIRTcar Series officials and Cornwall Motor Speedway ownership are working to reschedule their June 28 race on a future Sunday later this Summer.

The June 29th event at Le RPM Speedway in Quebec is canceled.

The fan-favorite “Quebec Swing” to Autodrome Granby on July 20 and Autodrome Drummond on July 21 have both been canceled. The gros blocs will invade Quebec once again in 2021. 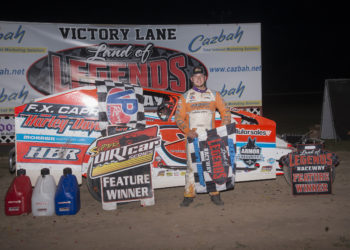