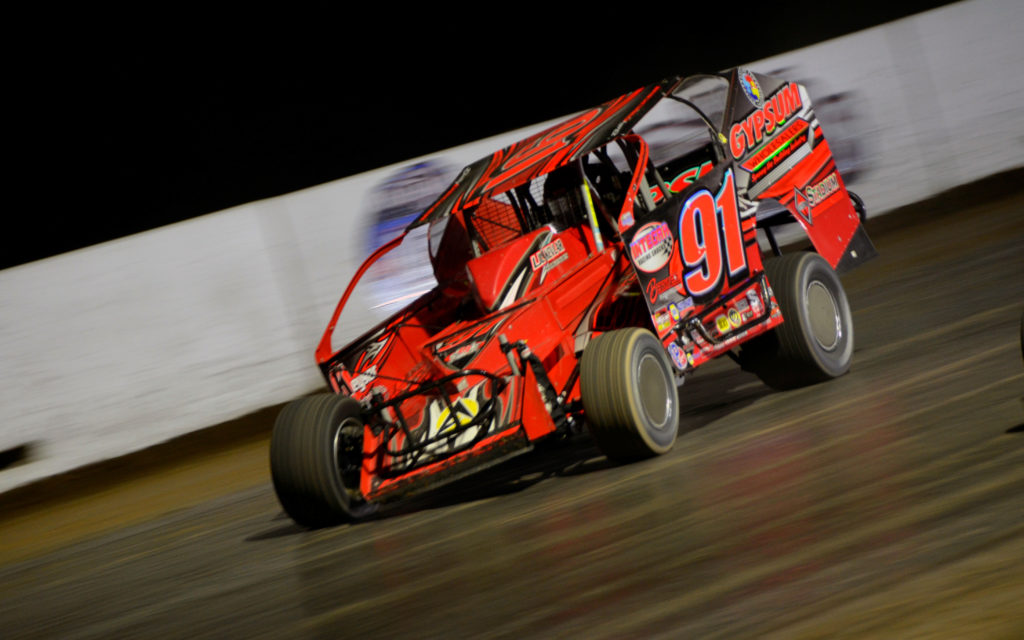 Brewerton Speedway, known as The D-Shaped Dirt Demon, last hosted the Super DIRTcar Series in 2019 when defending Super DIRTcar Series champion Mat Williamson started his late-reason roll to the Series crown. But Billy Decker, a living legend and driver of the Gypsum Wholesalers #91, tangles with The Demon in Hoosier Racing Tire Weekly Championship action every Friday and he’s ready to defend home territory against all the Series stars.

While Decker may race Brewerton weekly, 100 laps and $10,000 change the game when the stars of the Super DIRTcar Series bring their Big Block Modifieds to Brewerton on Tuesday, Aug. 17. (Save money by purchasing tickets in advance now, CLICK HERE.)

“We love getting some more races in Central New York,” Decker said. “I am looking forward to it. It’s been a struggle for us to get a Series win at Brewerton.”

He’s the last driver not named Mat or Matt to win a Series race at Brewerton Speedway, but that was seven years ago. The Franklin Flyer took Series wins in 2008 and 2015 both in 100 lap battles. The 2015 win came after a dicey battle with Brett Hearn in lapped traffic.

“There’s always great racing at Brewerton,” Decker noted. “The track is in our wheelhouse, so it’s a place we want to win. It’s a Big Block track for sure. Brewerton hasn’t changed much as far back as I can remember. If your car is going, you’ll get there. That’s the nice thing about a 100 lapper there. You can be patient with the Hoosiers and then really come on at the end. There’s a lot of comers and goers at Brewerton. I expect this race to be no different.”

Super DIRTcar Series fans are accustomed to seeing the crimson #91 at the top of the finishing order and points standings, but so far Decker has only mustered enough championship points for sixth this season.

The new wave of rear suspension technology has necessitated veterans of the sport to adjust. The sweet spot for the setups is narrow.

“I think I am still getting comfortable,” Decker said. “We are just a little off. We started out at Bristol going backward, but we had really good race pace. Our finishes are subpar. We are finishing a lot in the fifth through 10th positions. We have to turn that around.”

Brewerton is the perfect opportunity for Decker to mount a late-season charge.

“These cars are a challenge now, at least for me,” he said. “There’s only been a handful of races that I’ve felt really right. We were right at Charlotte in 2019. I should have won both of those races. We’ll get there though.”

Tickets are on sale now for $30 presale. Admission will be $33 at the gate. Tickets for students (11-17) are $15. Kids 10 and under are FREE. Pit passes are $35 for DIRTcar members and $40 for non-members. CLICK HERE for tickets. Pit passes are not available for pre-sale and must be purchased at the gate.

If you can’t make it to the track be sure to catch all the action live on DIRTVision. Get the platinum annual FAST PASS for $299 or monthly FAST PASS for $39/month.