Commemorating the 10th straight season of Series partnership with Advance Auto Parts based in Roanoke, Virginia, those top-10 drivers on the Advance Auto Parts Series all-time Big-Block Modified feature win list will be highlighted for each of the 10 days leading up to the event.

This all-star cast of drivers has accounted for 416 feature race victories from the list of 66 drivers taking checkered flags in 593 tour events held at 44 speedways around the Northeast since 1980. The elite group of 10 drivers has amassed 26 overall Mr. DIRTcar Big-Block Modified Championships and at least half are expected to compete full-time with the ’08 Advance Series, beginning with the lid-lid-lifter at Hagerstown.

The most prolific driver in DIRTcar Racing NorthEast’s traveling show, Brett Hearn has scored 98 career extra-distance Series wins to sit first on the all-time list. The ‘Jet’ has flown to the top of the Advance Series record book in nearly every significant category, including reaching victory lane at least once in 23 seasons of tour competition.

Competing in every ‘North-South Shootout’ held at Hagerstown Speedway since the 2001 lid-lifter, Hearn finally cracked the winner’s circle in ’06 and has finished in the Top-5 three of the past four years.

The 10th Advance Auto Parts Super DIRTcar Series season begins on March 22, 2008 with the 7th North-South Shootout at Hagerstown (Md.) Speedway. Further track information is available at http://www.HagerstownSpeedway.com and the DIRTcar NorthEast Office (315/834-6606) is open during weekdays. Log into the homepage at www.superdirtcarseries.com anytime to find out more about the entire circuit. 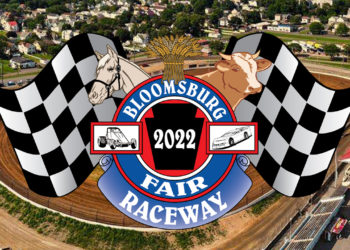