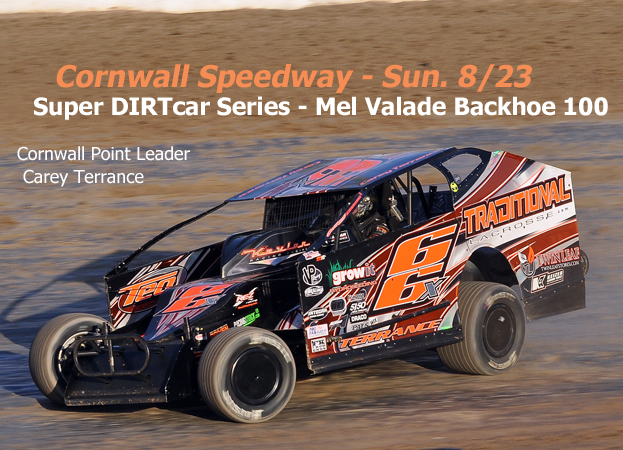 Cornwall next up for Super DIRTcar Series

Cornwall next up for Super DIRTcar Big-Block Series

Super DIRTcar Series competitors chasing point leader Matt Sheppard, driver of the FX Caprara No. 9, are hoping the three-time Series champion will remain winless in Canada a while longer.

Sheppard has four Big-Block Modified Series wins in 2015, most recently at Weedsport, and has a 72-point lead over HBR Racing teammate Jimmy Phelps, but he has yet to win a Canadian race in four starts.

In addition to Phelps, Hearn and Decker, Sheppard will get opposition in his bid for his fifth Series win from Pat Ward, Larry Wight, Billy Dunn, Stewart Friesen and Tim Fuller as well as Cornwall 358-Modified champion Carey Terrance and other top local drivers including Chris Raabe, Stephane LaFrance, Lee Ladouceur and Mario Clair – all feature winners at Cornwall this season.