So that we can learn to pick ourselves up.

The two lines from 2005’s “Batman Begins” were meant as a source of inspiration and motivation for the fictional Batman but apply the same to a real-life “Batman.”

With three podium finishes and his first golden gator trophy, “The Batman” Peter Britten was a favorite to run away with the 2022 DIRTcar Nationals Big Gator Championship. Then, on the fourth night of racing, a broken shock and blown tire knocked him down from the title perch. And on the fifth night, he suffered another blown tire and had to settle for a fourth-place finish in points.

The bad luck was reminiscent of his run during the prestigious NAPA Super DIRT Week at Oswego Speedway last year, when he led the first 150 laps of the 200-lap event before another driver hit him and put him into the wall.

For Britten, the blows of bad luck come at him in multiple facets and to deal with them he said, thick skin is needed.

“It’s funny. This is a tough sport, you know. You get so many blows from so many different angles,” Britten said. “I kind of wear the car owner hat, the crew chief hat, the driver hat. And don’t get me wrong, I have great support from some people that are involved in my career, whether it be financially, or crew help stuff. At the end of the day, the buck kind of stops with me. I have to make it happen on all ends. You have a bad run like last night. Tore up a little bit of equipment. It’s like, yeah, just didn’t have a good run. From a driver point of view, you’re pissed off because you didn’t have a good run, last night sucked. From a car owner point of view, you’re like, ‘Yeah, didn’t earn much money or tore up a lot of stuff.’ Everything is just multiplied.

“For me, everything kind of compounds and makes the bad times kind of worse. But the good times are really, really high. It’s such a big swing of emotions. I think just over the years I’ve gotten better at putting the past in the past. Because if you dwell on shit for too long, it affects you and, mentally, you fatigue yourself. Mentally, you have to let stuff go. In my life in general, if you ask anybody, I’m not good at planning things. I think because I don’t. Things always change. Just got with the flow with everything in life. When things change, I’m able to adapt because I didn’t have things set on this is specifically what has to happen. And I feel like that helps me just navigate through it all. At the end of the day, you have to have thick skin basically.” 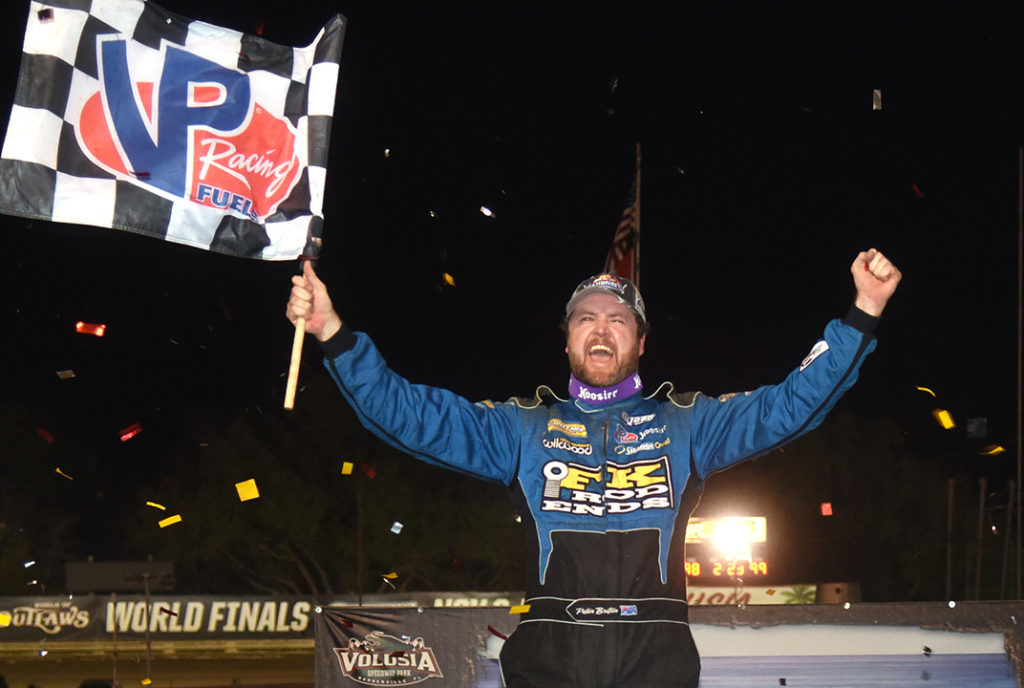 Britten didn’t leave Volusia dark and brooding though. The Brisbane, QLD, Australia driver had his best DIRTcar Nationals run of his career, earning his first golden gator (or crocodile as he called it) trophy, three podium finishes and four top-10s in five races.

He’s also coming off a career-best year with the Super DIRTcar Series in 2021, earning his second career win and finishing fourth in points. With those statistics helping to hold his mentality in place, Britten will enter the Super DIRTcar Series’ championship season at Atomic Speedway, March 25-26, with a healthy source of confidence.

“It’s reassuring,” he said about his DIRTcar Nationals performance. “Obviously, I don’t plan on being slow when we go out racing. To unload first race of the year with the Big Block stuff and to be one of the fastest cars is a good confidence booster. You know your shit is good and you’re on the right path with stuff.”

Since DIRTcar Nationals is the only time the Series will visit Volusia during the year, there’s been a stigma that running well at the Florida track won’t translate to Northeast tracks. Britten isn’t convinced that’s fact anymore.

“Florida is a little different, Volusia, especially, to what we typically run on up north,” Britten said. “But at the same time, as the years have gone on, it does seem to apply more. There used to be the saying, ‘The people that run good at Volusia, wait until they get back home, they’re going to struggle. If they’re good here, they have the wrong package.’ Now, you can translate more of the stuff you do here back home. We go to a few different racetracks that are a little faster now. So, yeah, it’s just good to know that you’re on track.”

Britten transitioned to a Bicknell chassis in 2021 after more than 10 years in a different car but said the move was seamless. He had to play catch up to those who’d already mastered setups for the chassis but said even that didn’t take long. That’s made finding any weak points easier.

“It’s not like you go to a track and you do the same thing, you know,” Britten said. “Because the setups have evolved. What you’re doing might have evolved. Maybe the cars have been slightly tweaked a little bit here and there. Maybe you’re on a low stagger kick now, so you’re making other stuff work around that. Or maybe you’re on a high stagger kick and you’re making stuff work around that. And that’s why I keep getting into the planning. I don’t plan stuff specifically, like, ‘Hey, this is what I’m going to do.’ It’s kind of like, ‘Alright, right now I’m kind of getting a feeling I need to start heading this way,’ so I’ll follow that feeling. If it’s wrong, then I’ll go back the other way.

“You’re constantly adapting in this business. I think that’s what you have to do to be really good. Look at (eight-time Series champion Matt) Sheppard. He comes down here (to Volusia) terrible the first two nights and has found speed. He ain’t going to stay down for very long I can tell you that. He’s had his good years down here. He’s had his bad years. No one is immune to having issues. The better guys find a way to get better.”

No matter how hard he falls, “Batman” has learned to pick himself back up stronger each time.

Britten and the rest of the Super DIRTcar Series stars will kick off the 2022 championship season, March 25-26, during its debut at Atomic Speedway – also its first return to Ohio in three years. 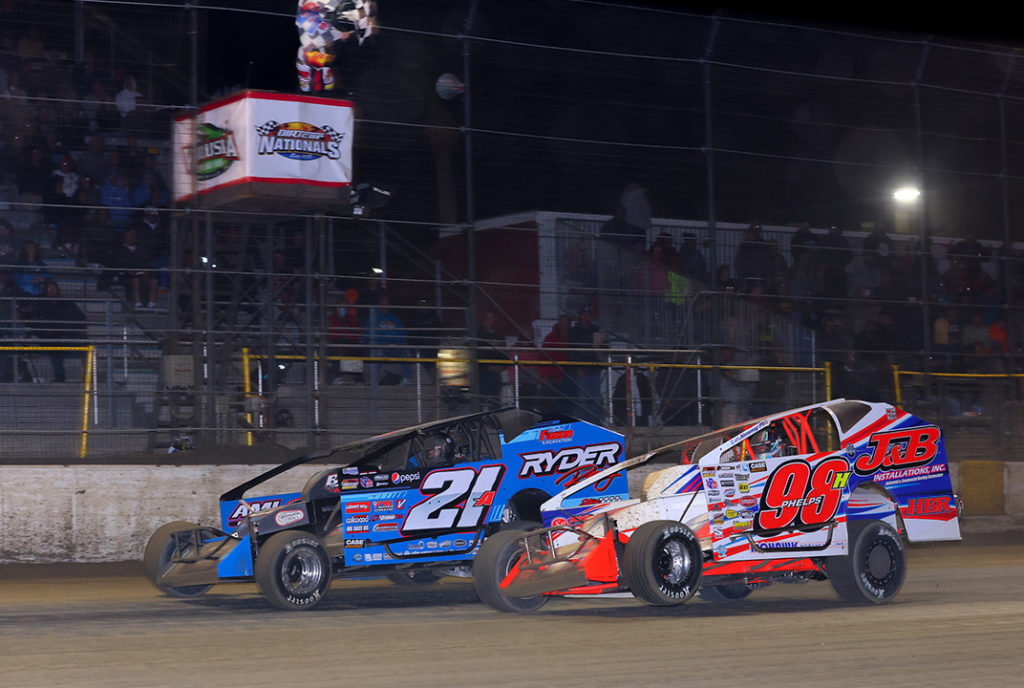