Ohsweken Up Next June 30 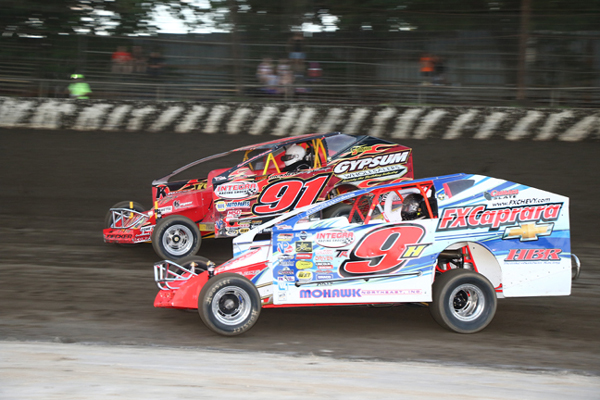 Weedsport, NY – The Super DIRTcar Series Big-Block Modifieds will make their first-ever appearance at Ohsweken Speedway in Ohsweken, ON for the Triple Crown Showdown Tuesday, June 30.

Ohsweken Speedway, in its 20th season, is a 3/8-mile banked oval with plenty of racing room through the turns. It is situated on the Six Nations of the Grand River Indian Reserve.

Owner/promoter Glenn Styres is living out his childhood dream of owning a gas station and a race track. Styres’ Esso station is right out in front of the race track and his home sits just off the second turn.

Three-time Super DIRTcar Series champion and current point leader Matt Sheppard and 2014 Series champion Billy Decker will lead the Big-Blocks to Ohsweken to compete in a 75-lap event for a $30,000 purse paying $6,000-to-win.

No driver in the series has passed more cars so far than Dunn. He won the KSE Hard-Charger award at Canandaigua Motorsports Park in May and finished 6th in a 31-car field after pitting for a tire at Utica-Rome.