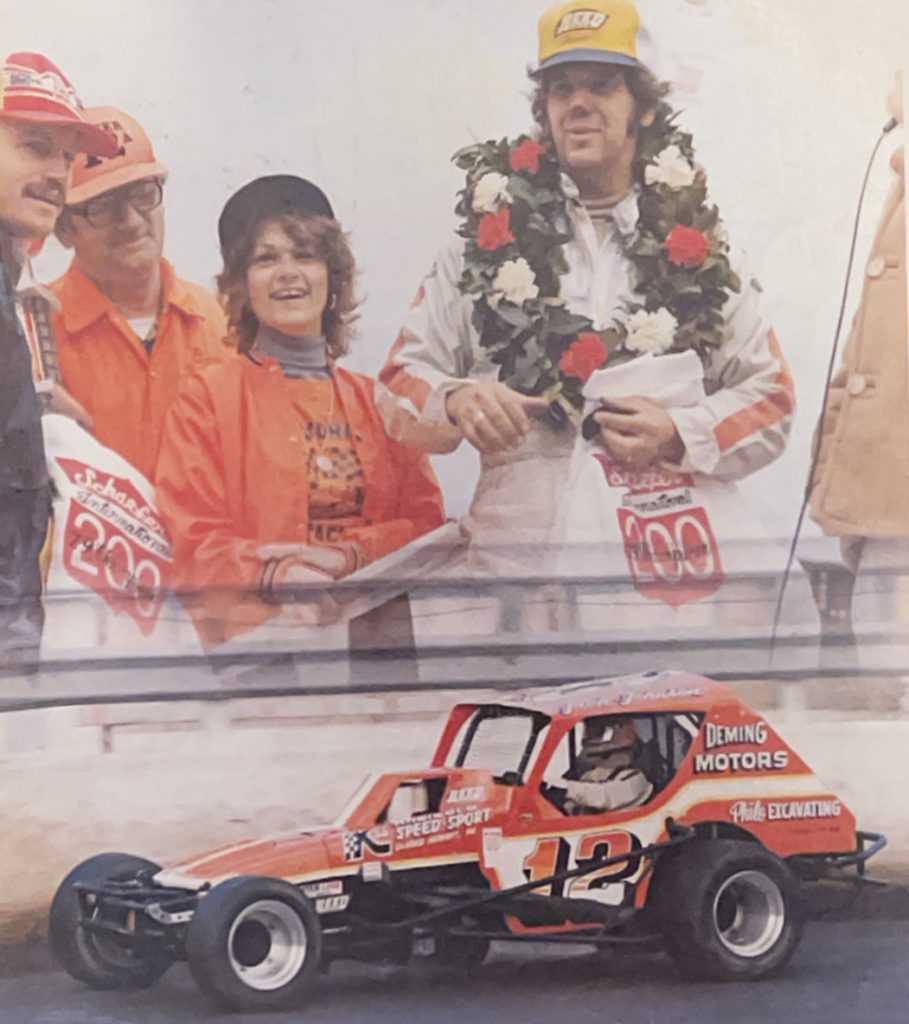 WEEDSPORT, NY — The Super DIRTcar Series and all of the dirt racing community are mourning the loss of four-time Series champion Jack Johnson.

Johnson, who passed away on Thursday at 76 years old, easily ranks among the all-time greatest Big Block Modified drivers, and for many race fans and former competitors, he is the greatest without question.

“Jumpin Jack” was a part of the very origins of the Super DIRTcar Series circuit. His first Series Feature win came at Ransomville Speedway on Aug. 7, 1973. Johnson’s excellence behind the wheel of the flashing orange #12A brought him 30 more wins until his final Series victory in 2001 at Orange County Fair Speedway.

Jack Johnson had many loyal fans following him across the Northeast during his incredible career, but one of them became the voice of the Super DIRTcar Series. Shane Andrews shared his heartfelt thoughts on the passing of Jack Johnson.

“Jack Johnson has left an indelible impression on so many race fans in the Northeast,” Andrews said. “Growing up in Central New York, when you walked into a race track, whether it was Utica-Rome, Weedsport, Rolling Wheels, Albany-Saratoga, but most of all Fonda Speedway you were greeted with an absolute sea of orange. It was the orange of the #12A of Jack Johnson.”

In addition to his four Series championships, Johnson took the checkered flag at NAPA Super DIRT Week in 1979 and 1984. He became the first New Yorker to capture the crown jewel of dirt modified racing at the famed Syracuse Mile.

“He had talent,” Andrews said. “He had a big smile and rock star looks. He was the man. He had great equipment, great sponsors, and he had a personality. He was approachable and personable. He was a gasser. He was smooth. Those years that he won 12 races at Fonda he had to start in the back every race because of the handicapping. He could race through the field. He was up on the wheel every lap. He knew what it took to win. He was a driver that a young race fan could meet and that was important.”

Clearly, Jack Johnson made an impact with fans and racers throughout his career.

“If you spend any amount of time around racing in the Northeast you’ll see Jack’s influence,” DIRTcar Racing CEO Brian Carter said. “Whether it was the way he raced on the track or the way he connected with fans in the pits, he was a hero to so many people.”

“At my first race, my parents told me to pick a car to root for and I picked this orange #12A and they bought me a picture of it. He won the race that night at Utica-Rome and I instantly became a fan and stayed one my entire life. We went to the pits and I got him to autograph it. I still have that picture to this day. He made me a race fan. He was my racing hero and still is. There is nobody that will ever take the place of Jack Johnson in racing to me. He is the ultimate racing hero for me and I am not the only one that feels that way. Heroes live forever and Jack Johson will always be the man to many people.”

“A lot of drivers that are racing to this day still try to race like he did,” Andrews noted. “He helped forge a lot of racers that you see racing today. He took the time to talk to up-and-coming drivers and to give them pointers.”

Without Jack Johnson’s affable nature and willingness to reach out to his fans, we may not have Shane Andrews on the mic as heroes inspire many to achieve success.

“I was awestruck every time I talked to him,” Andrews said. “Then I started getting into announcing. We’re not supposed to have favorites as announcers, but I couldn’t help kick it up a notch when he was on the track. I’ll admit it. If Jack Johnson was winning a Heat Race, I picked it up a little more. If Jack Johnson was winning a Feature, the meter was pegged. I loved announcing races when Jack Johson won and I had the opportunity to do that. I was able to interview him in Victory Lane and that to me in a lifetime highlight.”

One driver that learned a lot from Jack Johnson was Billy Decker, from Unadilla, NY. Decker, with three Series championships, is one behind tying the great #12A.

“Jack Johnson was special to me,” Decker said. “We raced, we hunted together, and I stayed at his house and helped work on the car between racing at Albany-Saratoga and Fonda. He was very important to me and my racing.”

Jack Johnson’s prime spanned the careers of some of the best drivers to ever take on the Super DIRTcar Series.

“He made it really tough to go out and win on the Super DIRTcar series,” Decker noted. “I got into it when we had all these powerhouses [Brett Hearn, Danny Johnson, etc.]. Jack was at the top of the list of competitors. He made it tough to compete. You had to be able to drive hard and work on your stuff to compete and he and his team did that. They did their job. No one was harder to race than Jumpin’ Jack.”

“He was going to race you hard. Not dirty, but hard. You were going to have to be all over the steering wheel if you were going to pass him. He didn’t block, but he drove hard. When he strapped in, he was gassed up. That’s it. It was fun.”

When the Super DIRTcar Series returns Saturday, April 10, at Can-Am Speedway, there will likely be a lot of orange in the pit area. Johnson touched the lives of many in the Northeast.

“Jack was a legend, but he never made you feel that way,” Decker said. “That goes for his crew, too. It was always fun. He would help us out and we had a lot of laughs together. What was really amazing was the amount of support for Jack later in his life that immediately made his legacy apparent.”

“The word icon might be overused in today’s society, but I just can not think of a truer word to describe Jack Johnson,” Reynolds said. “One of the greatest to wheel a dirt Big Block Modified, a champion, a fan favorite, and of course a Hall of Famer. While we lost Jack Johnson, let’s remember all the joy and memories he brought us over the years. My thoughts are with his son Ronnie and the entire Johnson family.”

Rest assured, the legend of “Jumpin’ Jack” will live on forever in the hearts of fans and racers for all time.