It’s already paid off in the first four races of the Super DIRTcar Series 2021 season with one top-five and three top-10s, giving the Australian valuable momentum with a lucrative Memorial Day weekend doubleheader ahead at Weedsport Speedway (Sunday, May 30) and Lebanon Valley Speedway (Monday, May 31).

He’s accomplished those feats behind the wheel of his new Bicknell chassis – a first for his Peter Britten Racing program and one of several changes this season.

“At the end of [2020] we went through our whole race shop and hit reset,” Britten said. “Anything from wheels to shocks to chassis got changed. And sometimes change is just good.” 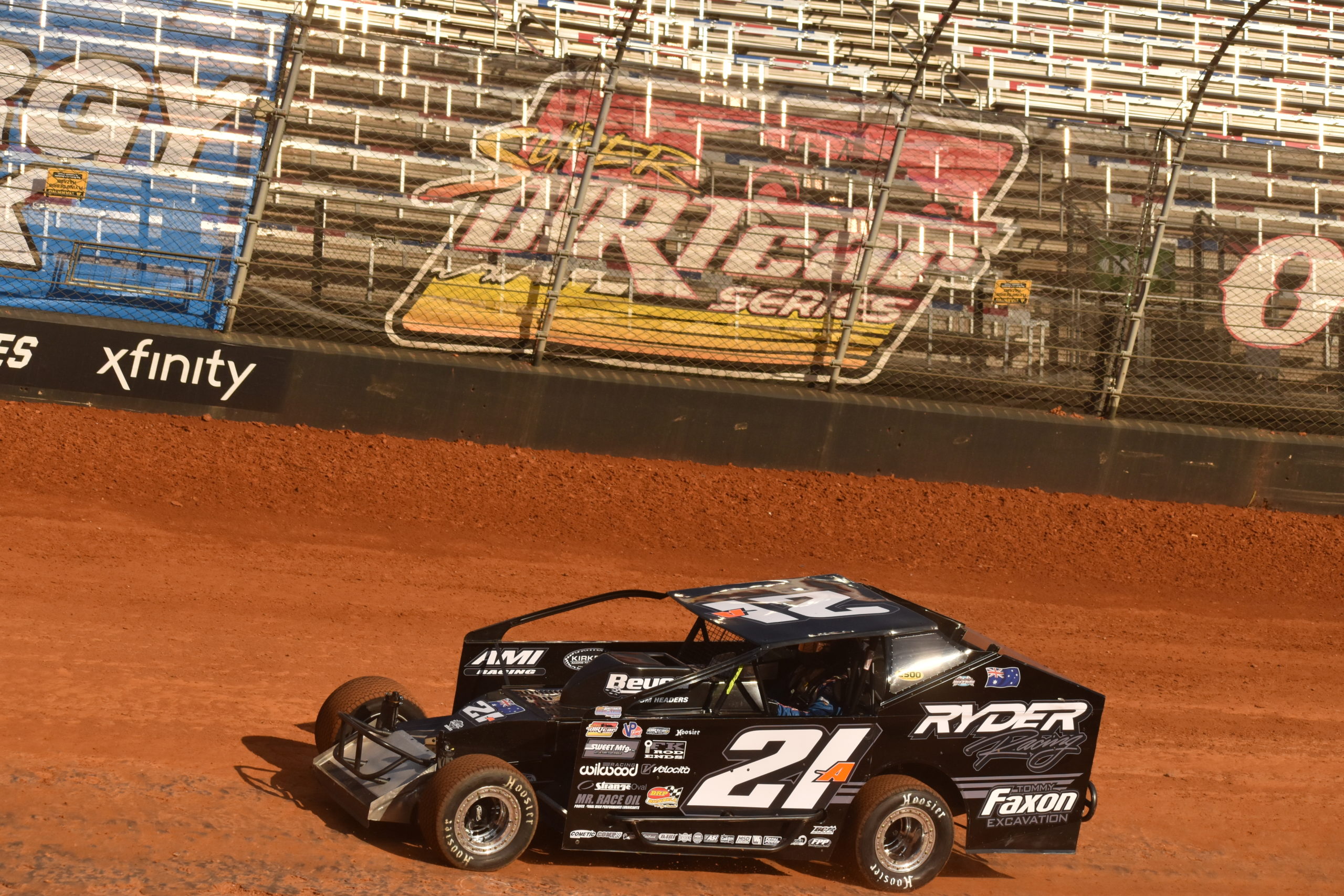 The Queensland, Australia driver ran Troyer chassis for the past several years and played an integral part in the research and development of the chassis, along with being a full-time driver. Eventually, trying to balance both equally wasn’t viable.

“It was no secret that we were struggling and searching a lot last year,” Britten said. “I decided I needed to do what was best for me and my racing career and not try to be a chassis manufacturer. As deep as I was at Troyer working with the research and development I guess I got a little lost in that and didn’t worry enough about Peter Britten the racing driver. Bicknell has a great program to buy into and I could just put it together and go race.”

Troyers are the only chassis he has ever raced and won in. That includes his three Australian V8 Modified National Championships. Britten won three straight from 2008-2010. His brother, Kevin Britten, also known as “The Hulk”, is currently on a five-year run of national championships.

The change wasn’t easy. The success he’s had with the chassis speaks for itself. But the switch allows him to put more of his focus back on solely being a driver. He’s still a fan of Troyer’s product.

“It was definitely not just a spur-of-the-moment decision,” he said. “It’s been a long relationship going back to racing in Australia where I won my championships. It was definitely a weird feeling picking up that first Bicknell.

“There’s been a lot of change at Troyer and they are doing a really good job of turning things around. Mark’s (Lipari) Troyer Dirt team that he is assembling is really exciting. There’s still a lot of work to get done but they have their hearts set on making it happen. I want to see them succeed.”

Britten has been on the hunt for another Super DIRTcar Series win since 2017 when he visited Victory Lane at Sharon Speedway. His team’s efficiency and work ethic have put him in the Series points chase every year. However, his shortcomings in the closing stages of Features has hindered the #21A’s chance at a championship bid.

Since changing over to the Bicknell, there’s been an adjustment process but the team is starting to build a new notebook and is finding success. He’s coming off a fourth-place run at Bridgeport Motorsports Park and currently sits sixth in Series points. 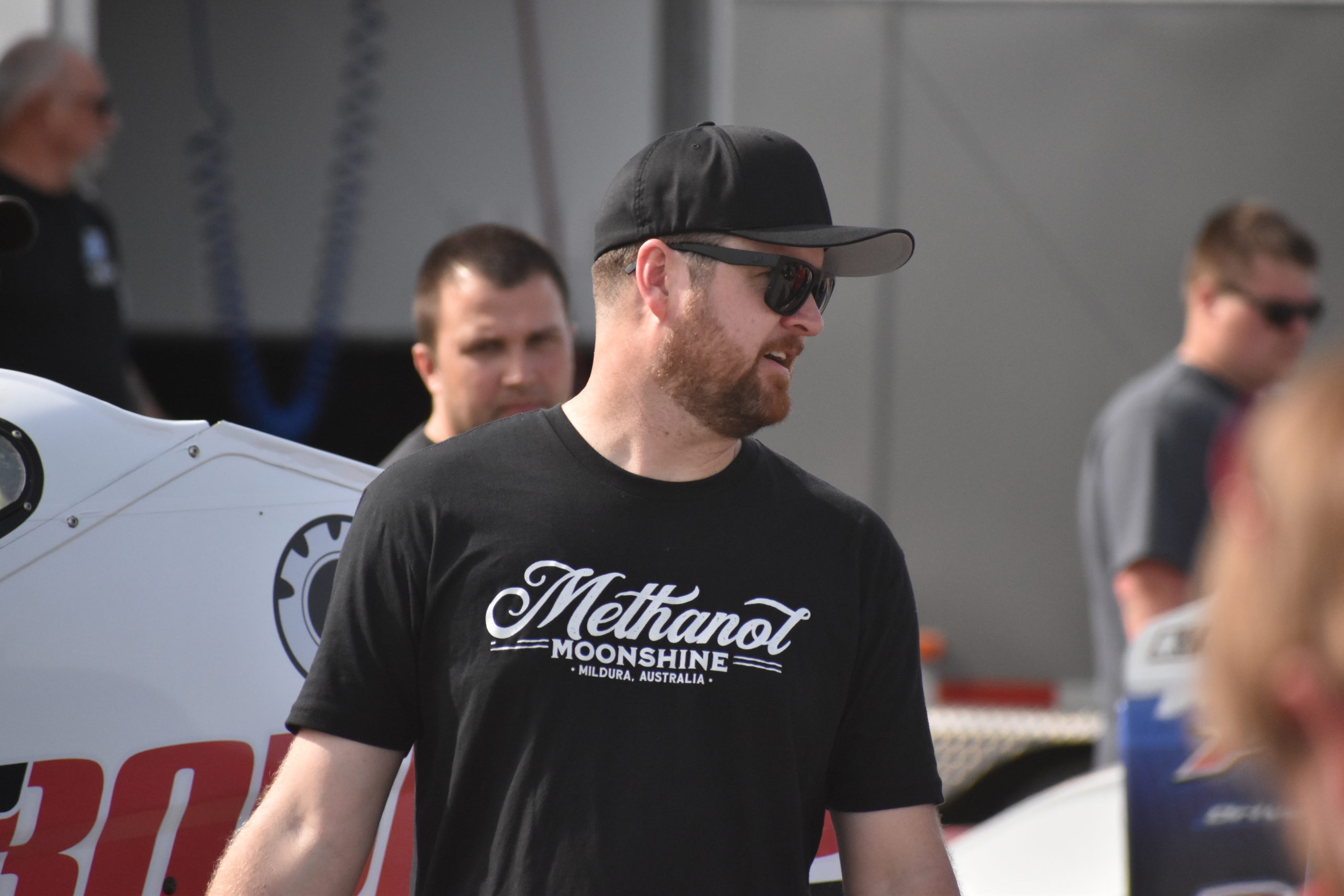 “It’s definitely a good start to the year,” Britten said. “It’s nice to be up in the points right now but it is so early you can’t overthink it. But I look at it this way: You can’t win the championship at the beginning of the year, but you can really dig yourself a hole. Hopefully, we can keep this going.”

“Batman’s” success has attracted new sponsors, like Pepsi, and a new home track for Saturday nights: Land of Legends Raceway. He knows winning weekly can lead to success on the tour.

“We are still feeling out the new car a little bit,” he added. “I’m learning what I need to do with it and the way it drives. It’s the little adjustments I’m learning that can take you from mediocre to winning the Feature.”

The network of help available due to having a Bicknell has made it easy for Britten to focus on his driving and allowed for a smooth transition process to the new chassis.

“The general car design itself isn’t foreign to me,” Britten noted. “It’s basically where we were at with the Troyer stuff to the point where the latest car has the Bicknell floor right in them. So there’s not a big difference in terms of the physical aspects of the car. From that point of view, it hasn’t made for a totally new experience with the car. Every chassis manufacturer has its own ways to adjust a car. There are certain percentages they look for. The guys from Bicknell have been great. Whether it’s dealing with the US store or talking to Randy Williamson himself, they’ve all been very helpful. The sheer number of people I can talk to about adjustments has made the transition much easier.” 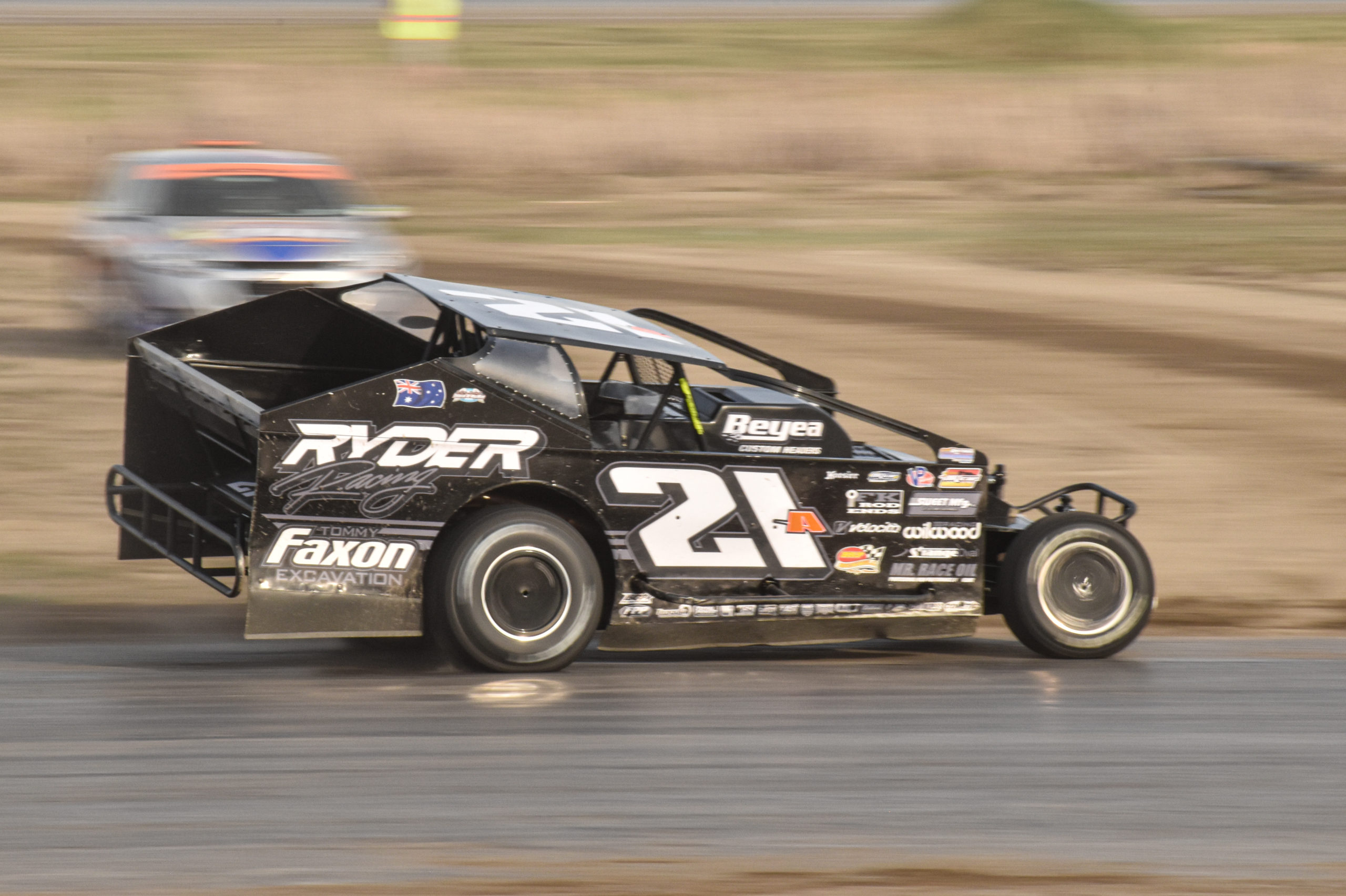 Along with learning a new chassis, Britten recognized there’s a strong talent pool of drivers in the Series this season he has to compete against. There are several fast young drivers coming out of the DIRTcar Sportsman Modifieds and 358 Modifieds and moving into the Big Blocks.

“I was looking through the points at the top 15,” Britten said. “You run down the list and you say ‘Wow, look at these drivers in the top 15.’ There are no slouches. It’s noticeable on track too because there’s been nobody really dominating this year aside from Friesen. I feel the field is as close as it’s ever been. You look at guys that have been dominating like Sheppard and Williamson and they don’t look special. That’s not a shot at them, but it’s a compliment to how strong the field is overall.”

The all-new Memorial Day Weekend doubleheader of the Heroes Remembered 100 (May 30) and Mr. DIRT Track (May 31) is creating a lot of buzz among dirt racing fans. Both tracks show the breadth and diversity of the Super DIRTcar Series schedule.

“You don’t get any more different than Weedsport and Lebanon Valley,” Britten said. “Weedsport is definitely a challenging race track. It’s definitely been a weak point of my program the last few years. It’s tough because you don’t get the opportunity to race there very much. But everyone is in the same boat with that. We’re hoping that with everything we’ve done with our program that we’ll yield some good results there.”

Weedsport has been a blind spot for Britten recently but with his new program that could turn around in a hurry.

“At Weedsport, it’s sometimes hard to get any heat in the tires and then we go to Lebanon Valley the next day where you might rip a right rear in a Heat Race,” Britten said. “The G-forces at The Valley and the speed plus the braking is extreme. Everything there is maxed out. You are looking for all you can get motor-wise plus your brakes are important. I am excited to get back on track there.”

The $7,500-to-win Heroes Remembered 100 at Weedsport Speedway takes place Sunday, May 30. Tickets go on sale on Monday, May 24. DIRTcar Sportsman Modifieds and CRSA sprint cars are also on the card.

Then the next day, Monday, May 31, “The Valley of Speed” throws the green on the all-new Mr. DIRT Track title for $13,500-to-win 100-lap NAPA Super DIRT Week qualifier. Head to the Lebanon Valley Speedway website for more.

Head to PeterBrittenRacing.com for updates and merch plus follow him on social media.