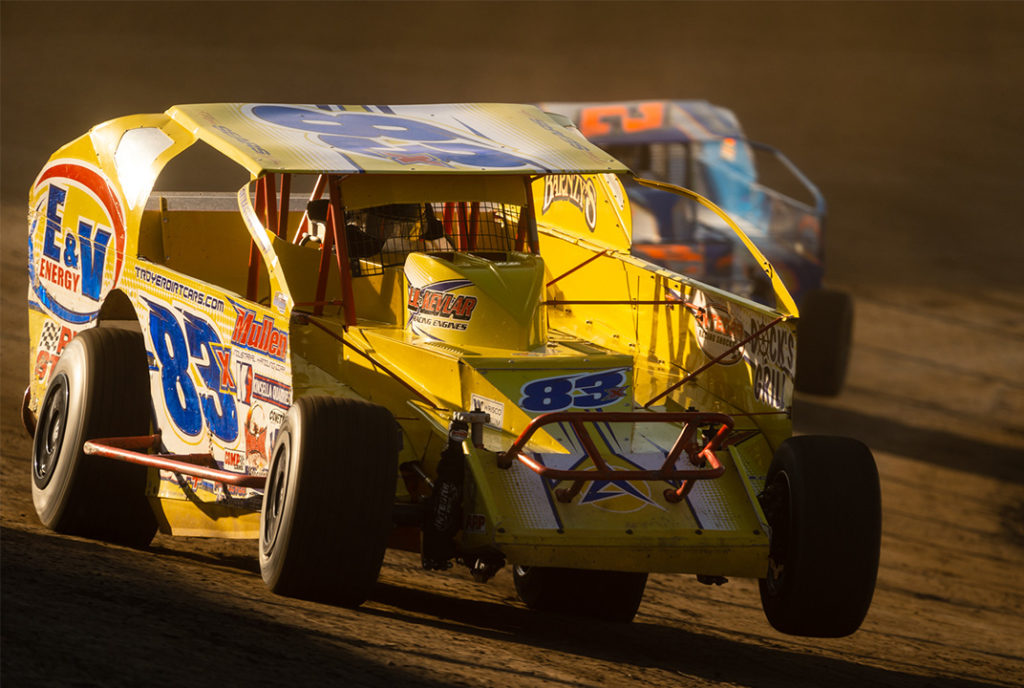 [vc_row][vc_column][vc_column_text]A rumble in the hills will be heard throughout Waverly, Ohio. One they’ve never heard before, created by… the Beasts of the Northeast.

After making history at Volusia Speedway Park with five different winners, the Super DIRTcar Series will kick off the championship season with its debut at Atomic Speedway, March 25-26. It’ll also mark the Series’ first return to Ohio in three years.

“I’m looking forward to Atomic Speedway,” Peter Britten said. “I’ve heard a lot of good things about it. It’s a new speedway (for the Series). I’m excited about that.”

His sentiment is shared by several competitors and fans who see the event as an exciting opportunity for the Series to expand and give drivers the chance to visit a track they’ve never raced at and potentially never seen.

“Atomic seems cool,” said Jimmy Phelps, who enters the event as the 2022 DIRTcar Nationals Big Gator champion. “I don’t know much about it but anytime you can go to a new racetrack that’s kind of exciting.”

In the more than 40-year history of the 3/8-mile Ohio track, this year will be the first it hosts Big Block Modifieds. It’s an event track promoter Charlie Vest was eager to have.

“I’d seen the Big Blocks before. They put on a great show, and they smell awesome,” Vest said. “Everyone loves the Series. They’re ecstatic to see something new. I think, the way their cars are and the way our track is – multi-groove and tacky, yet technical – they’re going to put on a great show.”

Peter Britten, Mat Williamson, Max McLaughlin, Stewart Friesen and Phelps, who each picked up a win at Volusia, will try to keep their winning ways going by being the inaugural winner at Atomic. But trying to keep the streak of different winners going this season will be the likes of eight-time Series champion Matt Sheppard, Larry Wight, newcomers Marc Johnson, Adam Pierson, Anthony Perrego, Mike Gular and more.

If you can’t make it to the track, you can watch all the action live on DIRTVision – either online or with the DIRTVision App.[/vc_column_text][/vc_column][/vc_row]