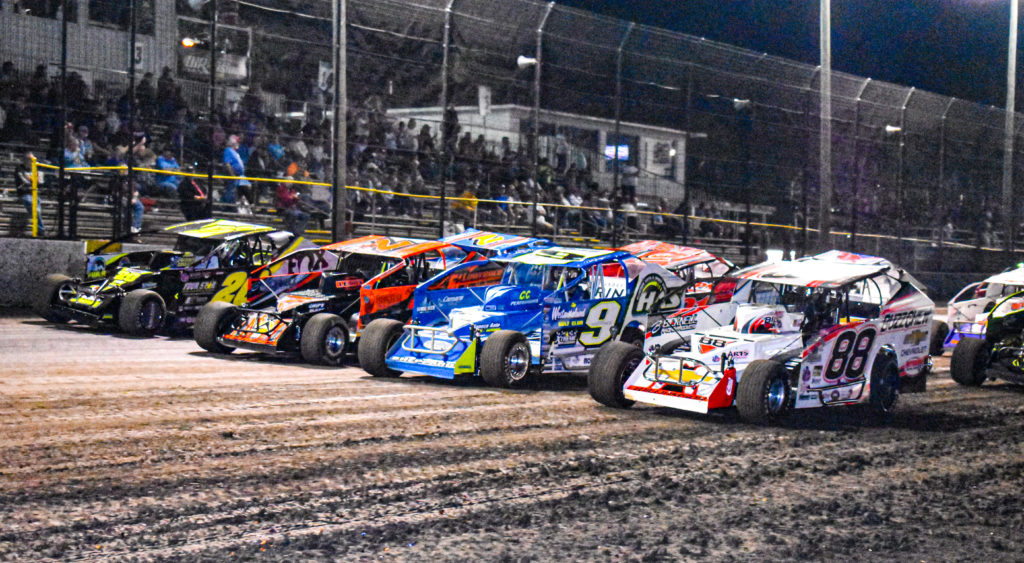 The Big Blocks start with a four-pack of 30-lap Features worth $4,000-to-win to set up a $5,000-to-win 50-lap Feature finale. The purse has also been expanded to increase the amount to start each Feature to $300 Tuesday through Friday and $350 on Saturday.

Plus, the World’s Fastest Half-Mile now has a brand new surface, which has been raced on already by the World of Outlaws Morton Buildings Late Models and has received high praise from the racers. Three-time Big Gator champion and seven-time Super DIRTcar Series champion Matt Sheppard, from Waterloo, NY, knows not to haul south with any assumptions about Volusia from one year to the next. He’s ready to add to his eight-win DIRTcar Nationals victory count.

“Volusia is certainly another animal compared to most of the tracks we’ve been to,” Sheppard said. “I’ve been going to Volusia for a long time now. It’s tough. It’s a tough place to get figured out from year to year. It seems like you go one year and you think you’ve got a handle on it. You go back the next year and everything changes. I don’t know what it is about the place but there are definitely certain guys that run really well down there and certain guys that seem to struggle. I think I’ve had it a little bit of both ways. Last year was one of the years I struggled. Hopefully, we can turn that around this year.” Despite coming from various racing backgrounds all premier dirt racers want a Big Gator of their own to take home, signifying they won the championship of their division.

“The Big Gators are in my basement with a bunch of my other trophies. I kept a few of the little gators but everyone loves them so I gave a few of them away to fans and crew members,” Sheppard said. “I’ve got a trophy shelf across the top of my shop and there is a Big Gator up there along with one of the stuffed animal gators. Whenever kids come over to my house they are always intrigued by the big bronze gator on the floor.” That’s one crowded trophy shelf. It never hurts to have a Big Gator to keep the rest in line.

You can watch Matt Sheppard and the stars of the Super DIRTcar Series at the DIRTcar Nationals Feb. 9-13 at Volusia Speedway Park. Get your tickets at DIRTcarNationals.com.

If you can’t make it to the speedway be sure to sign up for DIRTVision and watch all the action live and in HD. Be sure to get the all-new DIRTVision Platinum FAST PASS Annual Subscription which includes all Super DIRTcar Series races plus all NAPA Super DIRT Week events, World of Outlaws, and DIRTcar Racing plus weekly racing from Knoxville, Williams Grove, Jacksonville, and more.