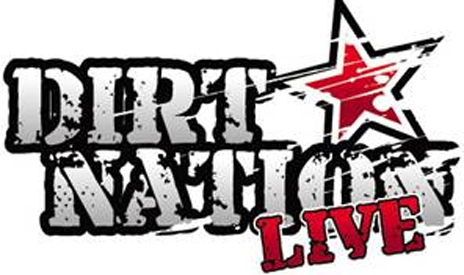 Richmond, VA — DIRT NATION™ Live! – the only motorsports broadcast to focus solely on the hot topics in all of dirt track racing, has booked another stellar lineup for Monday, April 7, 2008. The two hours of non-stop dirt talk will consist of hot-button issues regarding driver safety, championships, new rides, sponsors, and any current issue that is rocking the dirt track world.

DIRT NATION™ Live! presented by Lucas Oil is hosted by Dave Seay and Barry Braun and is broadcast on www.racetalklive.com from 8 – 10 PM EST every Monday. Archives of previous shows are available for On Demand listening and downloading at www.dirtnation.net.

The “Rocket” Ryan Phelps, driver of his father Roger Phelps’s #99 Big Red Towing Bicknell on the Advance Auto Parts Super DIRTcar Series joins the show Monday to talk about traveling with the Advance Series full-time, being a second-generation driver, balancing racing with the everyday life of a school teacher and his first-ever trip to Virginia Motor Speedway in less than a month.

Shannon Babb, driver of Clint Bowyer’s #18 Rayburn on the World of Outlaws Late Model Series, will go LIVE to talk about his new ride, racing with the Outlaws and about returning to the East coast where he had a great run during the spring of 2007.

Break out your IPOD or MP3 player and add DIRT NATION™ Live! interviews to your playlist or sit back and relax in your office chair and listen to each and every interview on the web-based player of www.dirtnation.net. Search the archives for your favorite driver or interviewee in a variety of ways.

Listen LIVE on Monday and send in your questions, feedback, or rant by email, instant messenger, or by calling in LIVE at 866-593-7945. Email is dave@dirtnation.net. IM on Yahoo, AOL, and Microsoft is dirtnationlive.

Blow smoke in the first half hour of the show during Nation Unscripted, a no-nonsense look at the dirt industry as a whole. No Kool Aid or hidden agendas are part of this pre-show warm up, so call in and blaze with us.

Fans are also encouraged to send in an email every week to nab a “Feedback Fanpack” consisting of a Dirt Nation logo t-shirt, stickers, and temporary tattoos. More information on this promotion can be found on www.dirtnation.net.