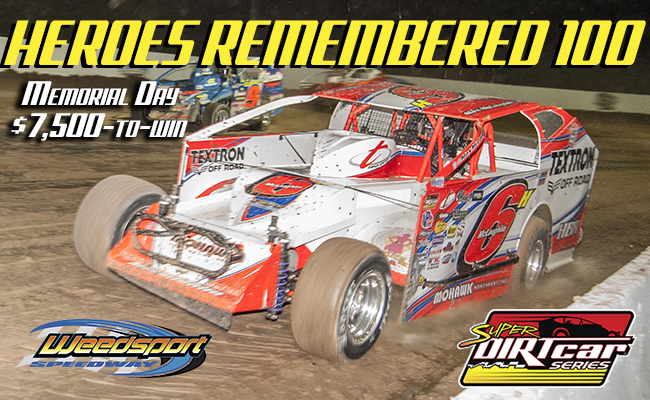 WEEDSPORT, NY – May 16, 2019 – Memorial Day reminds us to never take a single day for granted and to remember those who made the ultimate sacrifice for our freedom. The Super DIRTcar Series and Weedsport Speedway honor our fallen service members with the Heroes Remembered 100. Race fans and race teams are invited to enjoy the greatest expression of freedom we have to offer: The roar of a field of premier Big Block Modifieds at Weedsport Speedway.

With the previous two Super DIRTcar Series events rained out, the drivers and teams are chomping at the bit to unleash their Big Block Modifieds. Last year NASCAR Gander Outdoors Truck Series star Stewart Friesen edged out Mad Max McLaughlin and fellow HBR teammate Jimmy Phelps in the No. 98H. McLaughlin will be back in his familiar No. 6H this year to take on the Series regulars.

2018 Super DIRTcar Series runner-up Erick Rudolph from Ransomville, NY took the checkered flag in the last Series stop at Weedsport. He broke off his victory in the Hall of Fame 100. DIRTcar fans across the Northeast are eager to see if Rudolph can put together another run at the Championship in 2019.

Full-time Super DIRTcar Series driver Danny Johnson will be back in the Graham Racing No. 27J. The Doctor has the most Series wins at Weedsport Speedway with eleven. Will he be able to throw some water on the defending Series Champion Matt Sheppard’s hot streak and add another to his win total?

With only one Series race to date in the books, which was won by Sheppard, Mat Williamson, Billy Dunn, Justin Haers and Pat Ward followed the “Superman” in the $10,000 to win event. They are expected to be on hand along with all the other top stars on the Super DIRTcar Series! It will be a battle to Dave Farney’s checkered flag to see who will be on victory hill.

Be sure to visit www.SuperDIRTcarSeries.com for news, highlights, and live timing & scoring. Also, follow the Super DIRTcar Series on Twitter and Facebook for behind the scenes photos, videos, and more.

If you aren’t lucky enough to get to the race track, you can catch the race live and in HD with our partners at FloRacing. 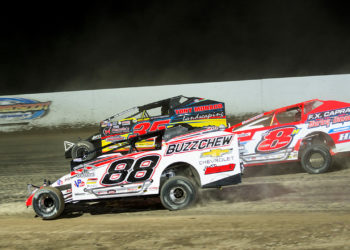 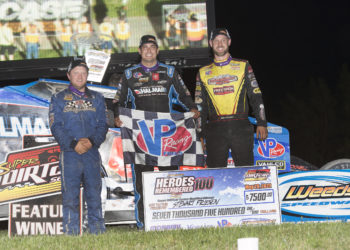 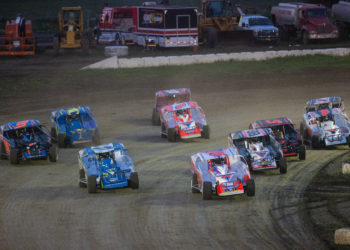