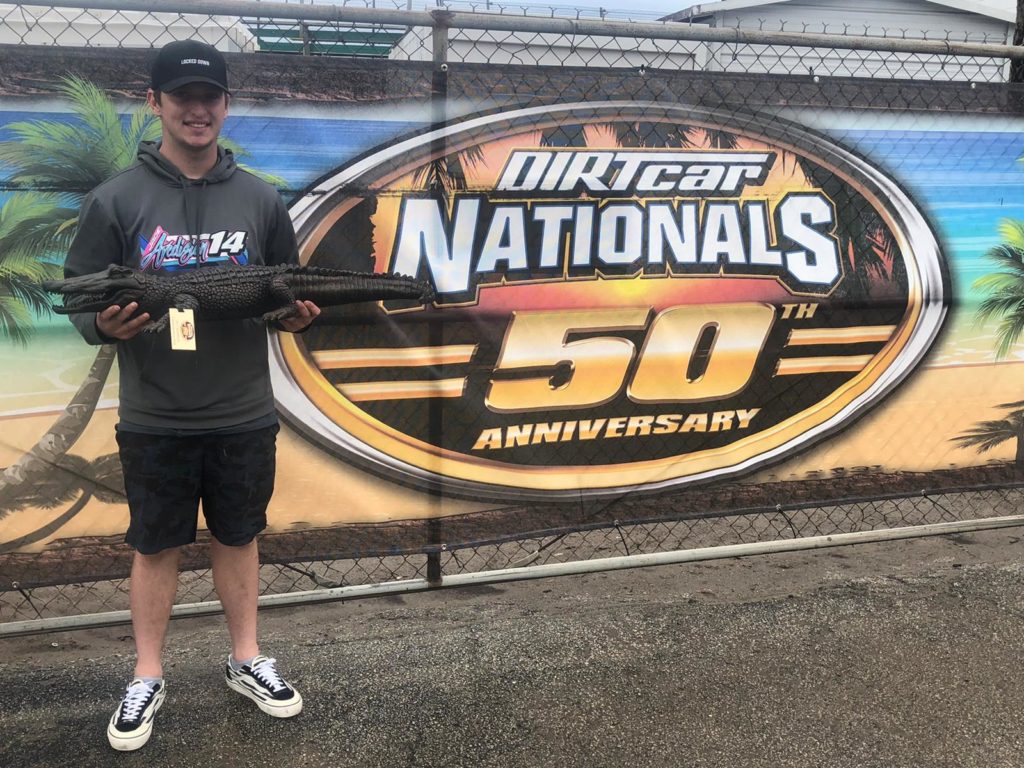 The banner win came with a dose of redemption that had been on McLaughlin’s mind since he drove for Heinke-Baldwin Racing in 2017.

“Not only have I wanted to win at this race track for a long time, but to get a DIRTcar Nationals championship is really special,” said McLaughlin, of Mooresville, NC. “I almost got one in 2017 when I tied with Brett Hearn. He ended up winning the final night which gave the championship to him. It’s been bothering me for a few years that we didn’t win it. Now, this makes up for it.”

But it wasn’t all smooth sailing for the multi-discipline race car driver at The World’s Fastest Half-Mile. The 20-year-old driver of the #32C made contact with seven-time Series champion Matt Sheppard in Turn 1, Lap 1 during the rain-delayed Feature on Feb. 11. McLaughlin went on to win the race with Sheppard finishing fifth, however the drivers were involved in an altercation afterward.

“I made a mistake hitting the water on Lap 1 and got into Sheppard and got punched in the face for it,” McLaughlin said. “That’s alright. Whatever. I got one black eye, one busted lip, and one DIRTcar Nationals championship.”

McLaughlin now has his first two Super DIRTcar Series wins with the Sweentener’s Plus Big Block.

“Thank you, Vic Coffey and everyone at the Sweetener’s Plus race team, for giving me the opportunity,” he said. “We won our first Heat Race of the week and I remember saying in an interview that this team has won here before and now it’s up to me and that’s what we did.”

McLaughlin finished in an average position of 4.5 and accumulated 594 points in four completed 30-lap Features. Just behind him was The Franklin Flyer Billy Decker in his Gypsum Wholesalers Big Block who finished with 589 points. Decker had four top-five finishes to finish the week in second place overall which is a good indicator that the #91 will be contending for a Super DIRTcar Series championship in 2021.

Michael Maresca finished in third place overall and came out with his first career Super DIRTcar Series win. The St. Lawrence Radiology #7MM is off to a strong start in 2021.

The Super DIRTcar Series Big Block Modifieds start up the championship points season at The Nasty Track, Can-Am Speedway, on Saturday, April 10. If you can’t make it to the track DIRTVision will have you covered for the broadcast.