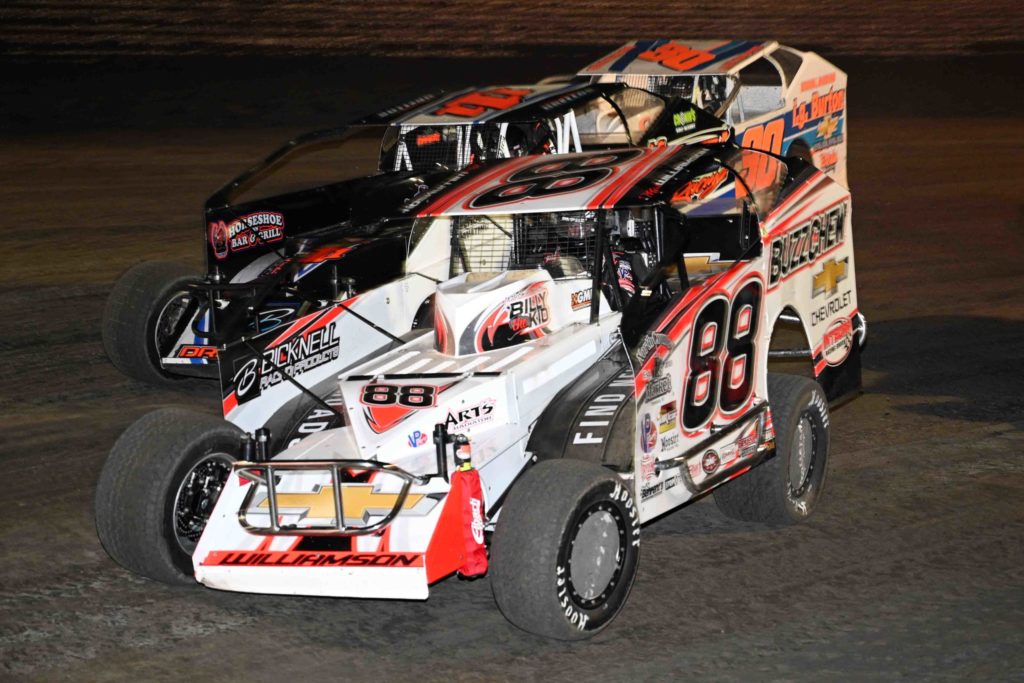 2019 Champion Mat Williamson to be Featured on ‘Off Track TV’

In light of the ongoing concerns in regards to COVID-19, as well as statewide restrictions from the state of New York, ‘Off Track TV’ will again practice social distancing on Wednesday evening.

Those not able to tune into ‘Off Track TV’ through Facebook Live can watch the program on tape delay through the Weedsport Productions YouTube Channel or on the ‘Off Track TV’ website at www.offtracktv.com.

‘Off Track TV’ is looking forward to an expanded schedule in 2020, including more than 25 shows airing nearly every Wednesday during the racing season at 7 p.m. on Facebook Live.

Fans are encouraged to be a part of every show by sending in questions that could be answered LIVE on the air.

Interested in seeing your company listed in our press releases or on ‘Off Track TV’?  Be sure to call the Weedsport Speedway office at (315) 834-3067 for sponsorship and advertising information.

About Weedsport Speedway: Officially opened for the first time on July 24, 1955 – the Weedsport Speedway 3/8 mile dirt oval has produced a legendary list of drivers and champions including Will Cagle, Danny Johnson, Bob McCreadie, Alan Johnson, Jack Johnson, and Dave Lape to name a few.  In 2018, Weedsport introduced the all-new Weedsport Kartway, just outside of the Speedway’s main pit area, to begin to foster the next generation of racers, crew members and race fans.  Couple the racing with state-of-the-art camping and track amenities, unmatched on-site television production capabilities, plus the ability for large scale concert productions and Weedsport is one of the marquee entertainment venues in the country.