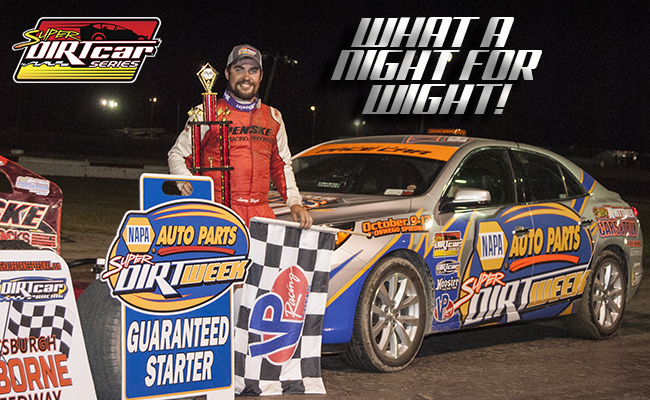 PLATTSBURGH, NY – July 1, 2019 – Lightning Larry Wight took advantage of a restart at the halfway point to drive by Matt Sheppard while riding the cushion on the extreme outside line of the half-mile race track. Wight and the Gypsum Racing team went home $10,000 richer and now have a guaranteed starting position in the Billy Whittaker Cars 200 at NAPA Super DIRT Week XLVIII in October at Oswego Speedway. Runner-up Matt Sheppard drove to the front early, passing both Mat Williamson and then leader Brett Hearn in one fell swoop. Sheppard had built a massive half-track lead but after the bottom line went away for him he lost speed. In third place came the No. 27J of Danny Johnson who battled hard in the top ten all night to earn his podium result. 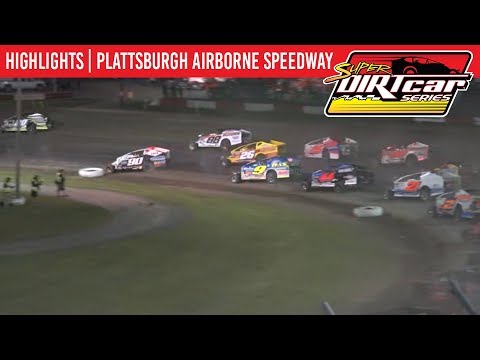