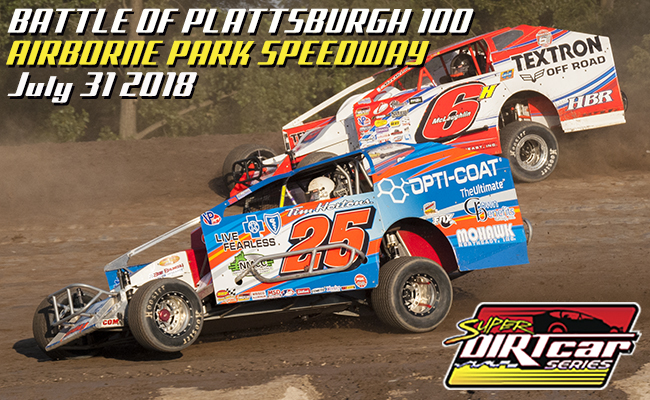 CONCORD, NC – July 22, 2018 – The city of Plattsburgh sits on the edge of Lake Champlain, which serves as the border between New York State and Vermont. The lake is famous for a giant lake monster known as Champ, which is exactly what the Big-Block Modified drivers of the Super DIRTcar Series want to be when they roll into Airborne Park Speedway on Tuesday, July 31. Last year marked the inaugural visit to the Upstate New York race track after ownership decided to return the asphalt surface to dirt. Larry Wight raced to his first of two 2017 Series wins in the 100-lap contest.