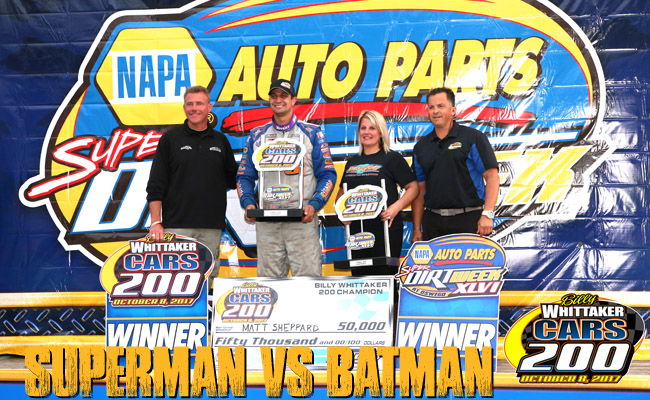 OSWEGO, NY — Oct. 8, 2017 — The Billy Whittaker Cars 200 certainly lived up to the hype. In just over two hours’ time and 200 laps, everyone in attendance at Oswego Speedway for NAPA Auto Parts Super DIRT Week was treated to everything they could have wanted with drama, frustration, heartbreak and celebration. A classic superhero battle between Super Matt Sheppard and Batman Peter Britten brought the crowd to their feet as Sheppard made a bold move on Britten in the last lap to pick up his second NAPA Super DIRT Week victory.