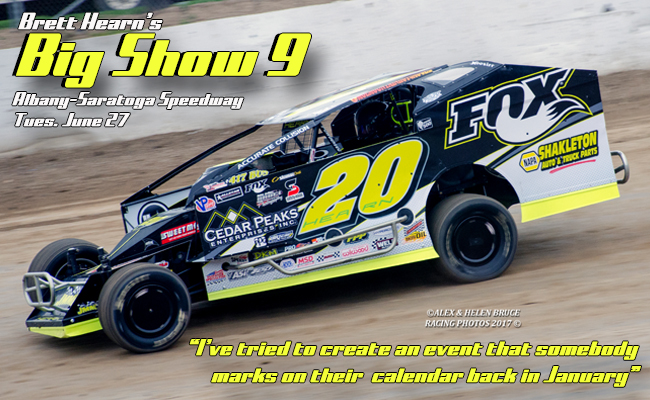 June 16, 2017 – On the 2017 Super DIRTcar Series schedule, Brett Hearn’s Big Show 9 at Albany-Saratoga Speedway appears the same as every other race. But make no mistake; the 100-lap, $10,000-to-win event on Tuesday, June 27 is one of the biggest on the schedule this season and a race that drivers make sure they can attend.

“It’s kind of a fun diversion for me personally to put that show together and make some big things happen,” Hearn said. “Like every year, we have some pretty cool plans to make the show feel different than it does on a Friday night. I’ve tried to create an event that somebody marks on their calendar back in January or February and says “that’s a race I have to be at.”