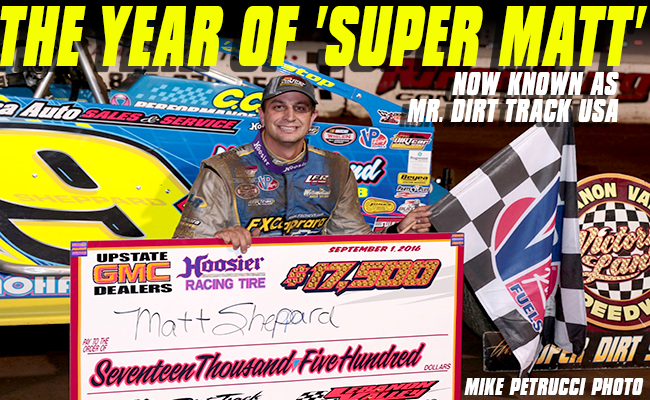 After Sheppard took a wild ride at Canandaigua on Saturday totaling his car, his team was able to regroup in no time to take the checkers Thursday night and capture the $17,500 victory. “I can’t thank enough people. Bicknell practically built this racecar in a day; the lettering guy lettered it the day we picked it up. Every one of the manufacturers stepped right out,” Sheppard said. “This thing didn’t miss a beat tonight. This is what championships are made of. It was a big turning point from Saturday to tonight. Our season could have gone down hill in a hurry but instead we’re sitting here in victory lane at Lebanon Valley.”