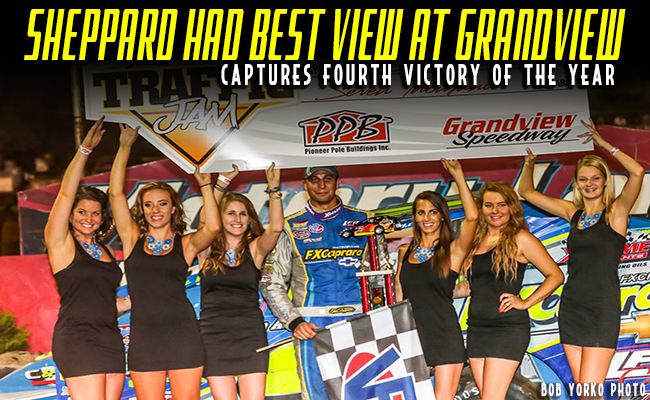 Sheppard, who started the feature on the front row with Pete Britten, jumped out to the lead early. Despite lapped traffic, Sheppard was strong from the start to finish.

Sheppard, driver of the No. 9s FX Caprara Big-Block Modified was all smiles in victory lane.

“This car has been so good,” Sheppard said. “We were a little tight tonight but it’s still a great racecar. It had enough grip to keep it going. Starting position was key tonight and starting on the pole helped.”