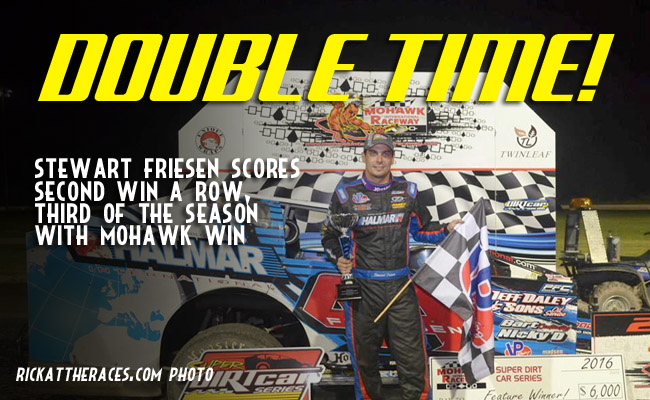 “The boys did some track prep during intermission and that was just what we needed. I had a little tip from a friend that it would lay rubber,” laughed Friesen in victory lane. “I’ve got a lot of friends up here so it feels good to finally get a win on their soil.”

Once the green flag dropped for the feature, Billy Dunn pulled away to an early lead over Danny Johnson. Fourth place starter Tim Fuller, passed Johnson on the outside for second place on lap seven.