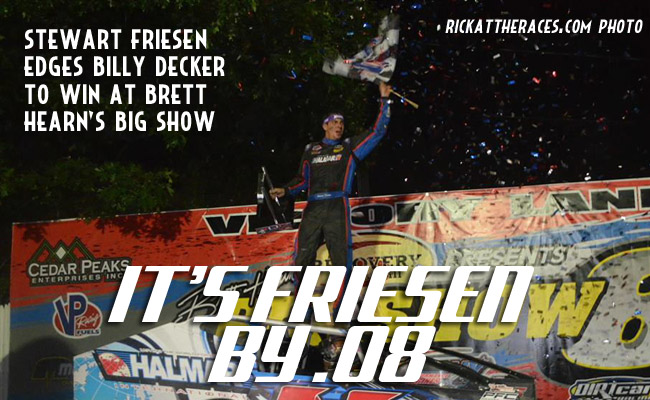 Friesen Wins By .08 at The Big Show

Starting the thirty-two car field to the green was Vic Coffey and Stewart Friesen followed by Larry Wight and Jimmy Phelps.

Friesen made a quick charge to the outside and gained the top spot over Coffey by the first lap. Coffey didn’t give up and held on tight to the bottom as he battled for his spot back but was unable to as Friesen eventually drove away.