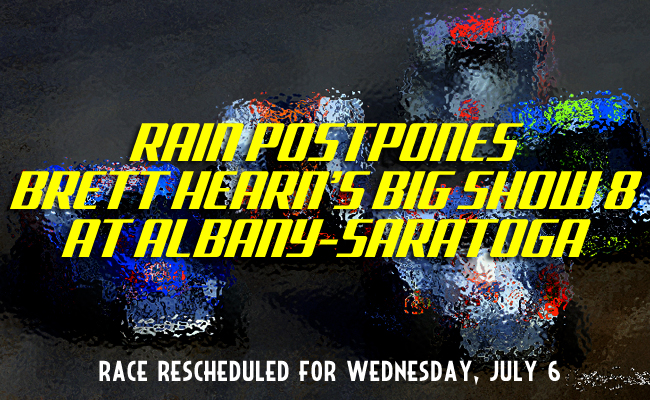 The event has been rescheduled to Wednesday, July 6

Big Show 8 has been rescheduled for Wednesday, July 6. All times will remain the same.

“It’s such a special event with so many people traveling from long distances to take into consideration. We decided in everyone’s best interest to postpone the race due to the severe weather in the forecast,” said Brett Hearn.

CORNWALL, Ont. – June 26, 2016 – Stewart Friesen scored a hard fought first Super DIRTcar Series victory Sunday night at Cornwall Motor Speedway as the series made its first appearance of the season in Canada. Reigning series champion Matt Sheppard battled with Friesen through the stretch but Friesen held him off. 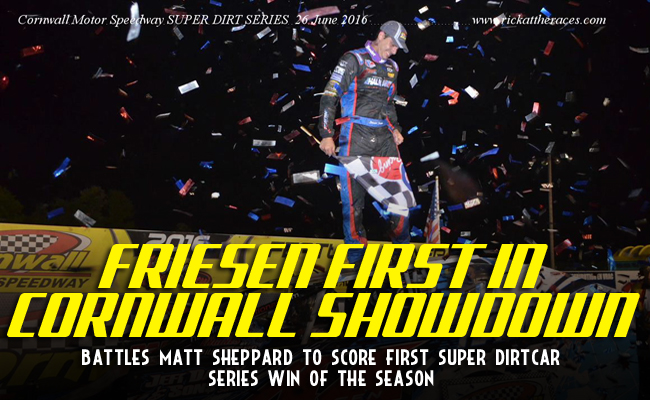 Friesen, who took the lead on the initial start from pole-sitter Max McLaughlin, was able to capture the Mel Valade Backhoe Service 100 lapper, but not without a hard fight by fourth place starter, Matt Sheppard.

“What a racecar. Those cautions drive me crazy. When you pass Matt Sheppard back, that’s really something. He’s on top of his game right now,” said Friesen in victory lane. 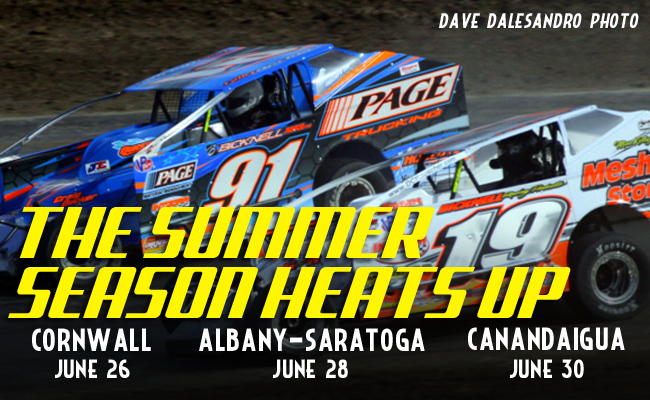 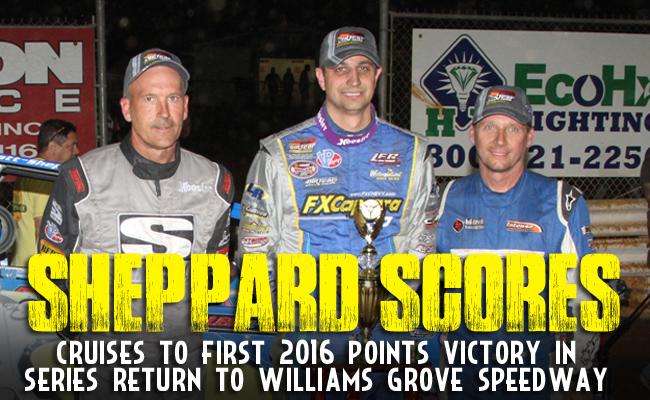 MECHANICSBURG, Pa. – June 22, 2016 -Tim Fuller led early at Williams Grove Speedway on Wednesday night, but it was Matt Sheppard who battled to the lead and was dominant through much of the 100-lap Modified Mayhem at the Grove Super DIRTcar Series Big-Block Modifieds feature.

In the series’ first return to the track in a decade, Sheppard became the sixth different winner in six Super DIRTcar features run at the track since 1989. The defending series champion was able to lead the last 47 circuits to score the Modified Mayhem $6,000 top prize.

“The track started locking down a little bit there early. I just tried to ride it out and drive it nice and straight,” explained Sheppard in victory lane. “The guys in front started to get slower in the long runs and we maintained. I think that’s what won us the race tonight. Once we got up front I just wanted to hit my marks and take it easy.”

MECHANICSBURG, Pa. – June 22, 2016 – Tim Fuller led early, but it was Matt Sheppard who battled to the lead and was dominant through much of the 100 lap feature at Williams Grove Speedway on Wednesday night – the Super DIRTcar Series Big-Block Modifieds first return to the track since 2006. Sheppard held off Tim Fuller and Dave Blaney late to become the sixth different winner in six Super DIRTcar features run at the track since 1989. 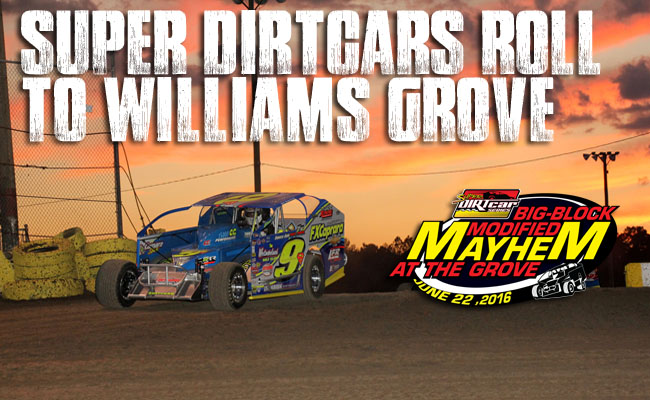 The series returns for the first time since 2006; just the sixth time ever

WEEDSPORT, N.Y. – June 21, 2016 – In just 24 hours the Super DIRTcar Series Big-Block Modifieds will return to the historic half-mile Williams Grove Speedway for the first time in a decade.

Big-Block Modified Mayhem at the Grove on Wednesday, June 22 brings the series back for just the sixth time in series history. Jimmy Phelps last stood in victory lane with the series on Oct. 15, 2006. Among previous winners at the track are Brett Hearn (1992), Danny Johnson (1991), Bob McCreadie (1990) and Billy Pauch (1989).