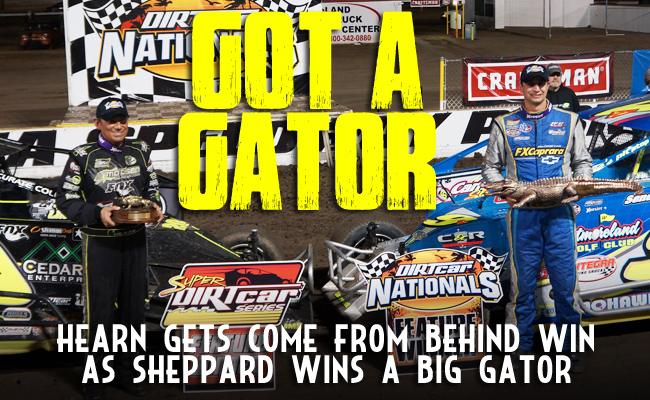 BARBERVILLE, Fla. – Feb. 20, 2016 – Brett Hearn powered through the field from a 21st place starting position and got around Stewart Friesen with 12 to go to score a come-from-behind win on the final night of the 45th Annual DIRTcar Nationals at Volusia Speedway Park. Friesen finished second with the Big-Block Week Champion Matt Sheppard in third.