BARBERVILLE, Fla. – Feb. 19, 2016 – Rick Laubach got redemption Friday night at DIRTcar Nationals as he held off Matt Sheppard to score his first Super DIRTcar Series victory of the season. Laubach led much of the previous night’s feature but lost the top spot to Sheppard as he worked his way through lapped traffic. Sheppard, who won the previous night, finished in second with a late charging Alan Johnson finishing in third. 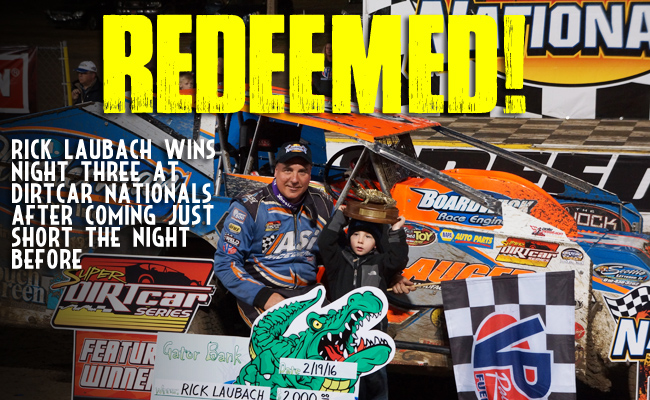