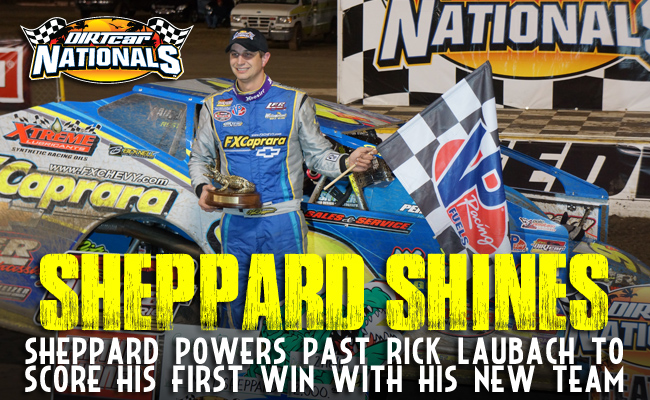 BARBERVILLE, Fla. – Feb. 18, 2016 – Rick Laubach led much of Thursday night’s Super DIRTcar Series Big-Block Modified feature during DIRTcar Nationals at Volusia Speedway Park, but it was a hard charging Matt Sheppard who powered past Laubach late in the feature to claim his first series win of the season. The win comes in just the second appearance for the reigning serie champion.

BARBERVILLE, Fla. – Feb. 17, 2016 – Tim Fuller battled Billy Dunn in the Super DIRTcar Series Big-Block Modifieds opener at Volusia, scoring the first series win of 2016. Fuller, who started the feature in third, battled to the lead by lap five. Dunn, who spent much of the night in second, battled after a mid-race caution and closed in on Fuller. After a side-by-side battle, Fuller moved to the high line and pulled away.