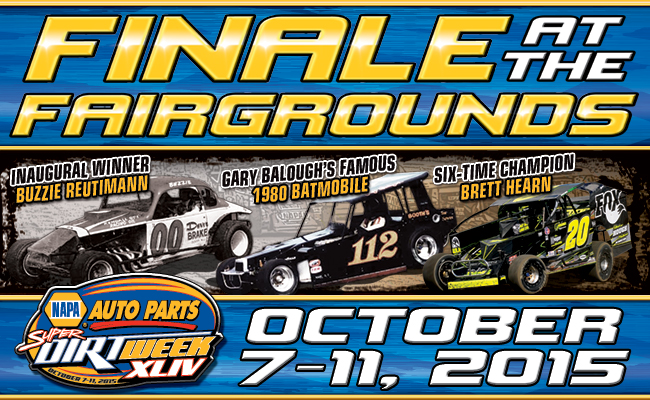 SYRACUSE, N.Y. – Sept. 1, 2015 – DIRTcar Racing announced today this year’s NAPA Super DIRT Week, Oct. 7-11, will be the “Finale at the Fairgrounds” in Syracuse before moving to a new venue in 2016 following the State of New York’s announcement to remove the grandstands and mile-oval as part of the New York State Fairgrounds renovations.