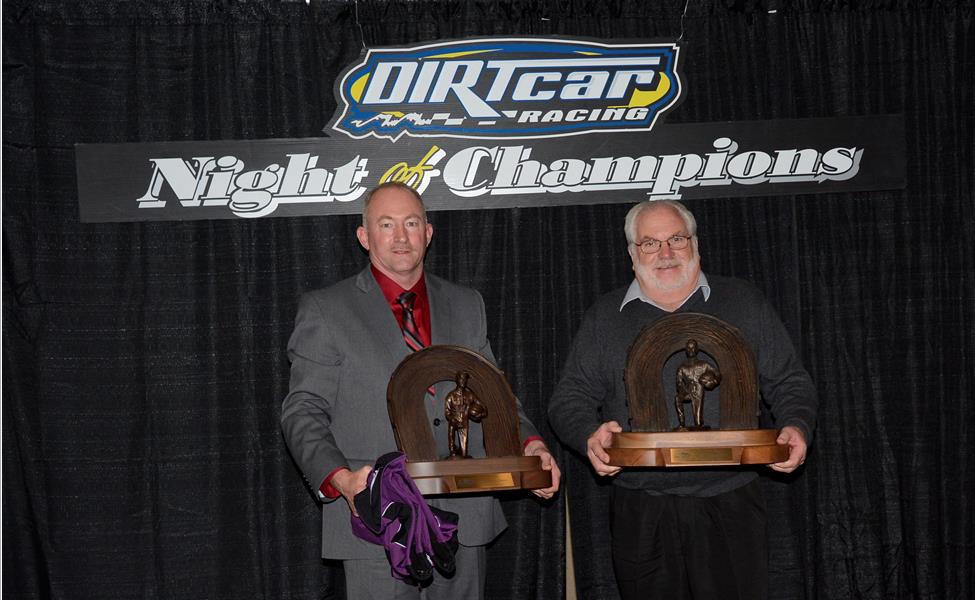 LIVERPOOL, N.Y. – November 23, 2014 – The brightest DIRTcar Racing stars of the Northeast region gathered at the Holiday Inn Saturday to receive championship awards and other accolades during the annual Champions Banquet.

Big Block Modified star Billy Decker took home the championship trophy for the Super DIRTcar Big Block Modified Series, finishing out the season with a mere six-point lead over Matt Sheppard after November’s races at The Dirt Track at Charlotte.

“Part of the measure of an award is the competition, and I really have a lot of respect for my fellow competitors,” said Decker, who credited crew chief Scott Jeffery and hardworking crew members for his success throughout the season. “cott works tirelessly making sure things are right, and our program showed it this year. We were prepared for every Super DIRTcar Series event. We had zero failures, zero engine failures, zero car failures.”

Decker, of Sidney, N.Y., claimed a total of three Super DIRTcar Series victories in 2014, winning first at Rolling Wheel Raceway Park in July and following it up with first-place finishes at Ransomville Speedway and Weedsport Speedway in August.

“We have a great foundation, with (car owner) John Wight and LJL Racing. We expect to be competitive in the championship year in and year out,” Decker said. “Championships are won at the shop. Our car rolls out of that racecar shop, and it’s ready to win. If you’re not ready when you roll out of the race shop, you can’t win on the race track.”