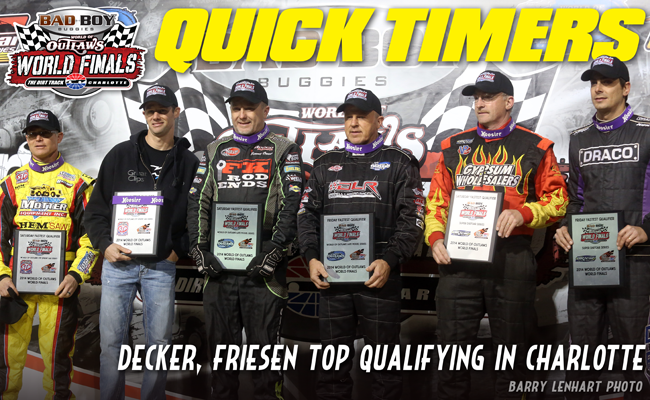 CONCORD, N.C. – Nov. 6, 2014 – Billy Decker has never won a feature at The Dirt Track at Charlotte, but on Thursday’s opening night of the Bad Boy Buggies World Finals, he powered his way to a Pole Position Raceway Quick Time Award and a heat race victory that has positioned him to not only win a feature this weekend but perhaps even his third Super DIRTcar Series championship.