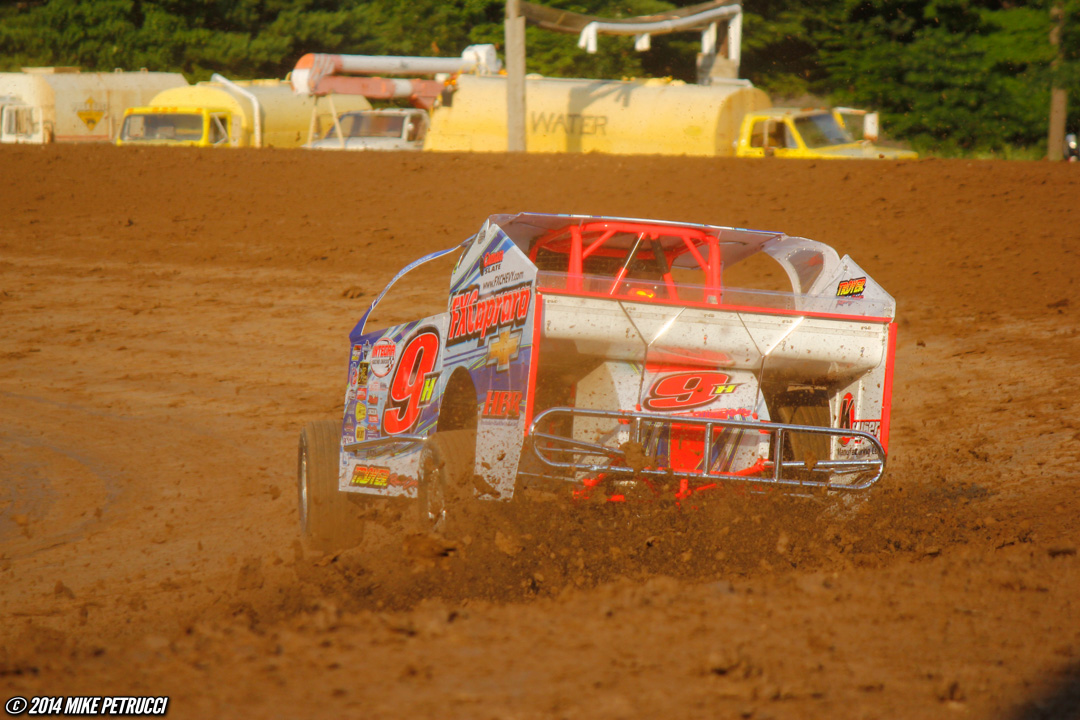 WEEDSPORT, N.Y. – August 27, 2014 – With a mere three-point lead, Super DIRTcar Series driver Matt Sheppard has his work cut out for him as he charges into September.

The Super DIRTcar Big Block Modified Series heads to Autodrome Granby in Granby, Quebec, for a 100-lap feature Saturday, Sept. 6. Sheppard, the three-time series champion out of Waterloo, N.Y.,sits at the top of the point standings with Billy Decker, of Sidney, N.Y., just three points behind.

“We’ve had to overcome a lot of adversity to maintain the point lead,” said Sheppard, who most recently finished 23rd in Lebanon Valley Speedway’s ‘Mr. DIRT Track U.S.A.’ when mechanical issues forced him out of the race. “We just have to quit having problems, quit having bad luck, quit going to the back of the feel and trying to work our way back through.”