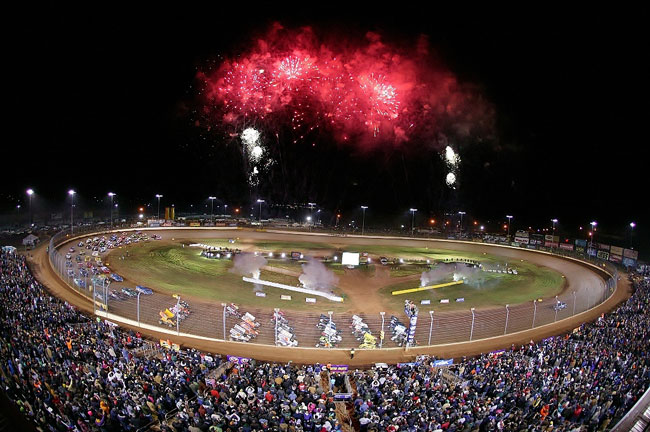 Photo by Dave Dalesandro: Last year’s feature racing on Friday night during World Finals featured all three series on the track at once for their signature “four-wide salute.”

CONCORD, N.C. – November 3, 2013 – Three-time defending Super DIRTcar Series Champion Matt Sheppard is ready to throw caution to the wind this year at Charlotte. The Big-Block Modified series rounds out its season Thursday, Nov. 7, through Saturday, Nov. 9, during the World of Outlaws World Finals at The Dirt Track at Charlotte in Concord, N.C.

“This year, the pressure is off,” said Sheppard, who last year became the first driver to garner three consecutive Super DIRTcar Series titles, yet has not claimed victory at Charlotte. “We won’t have to worry about points or anything, so hopefully this will be the year we can just go down there and run hard and get that first win.”