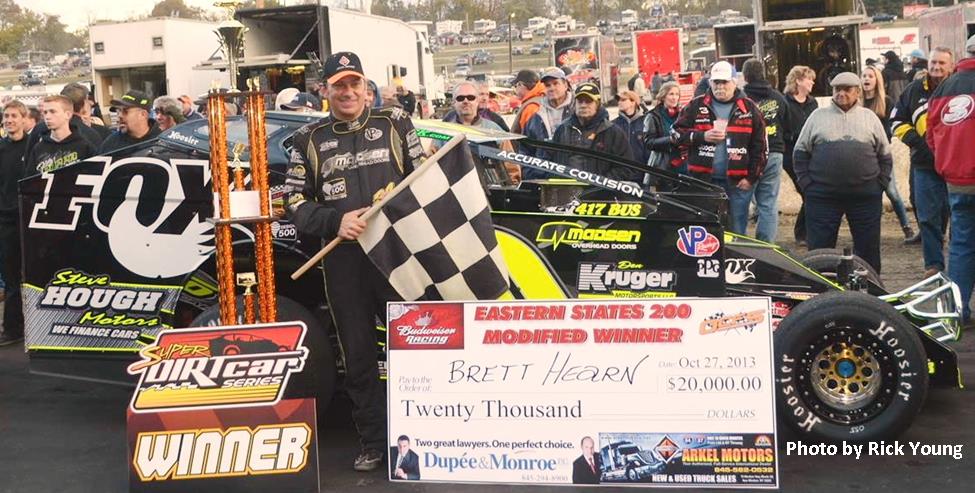 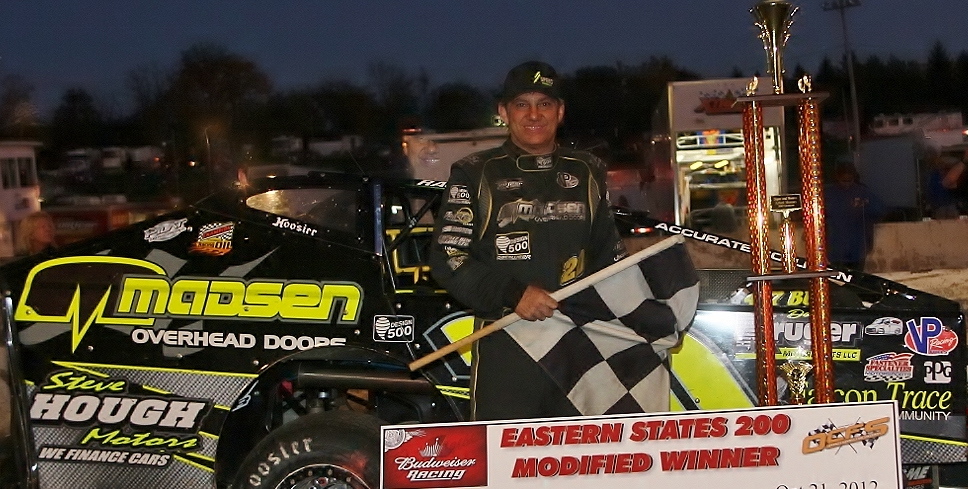 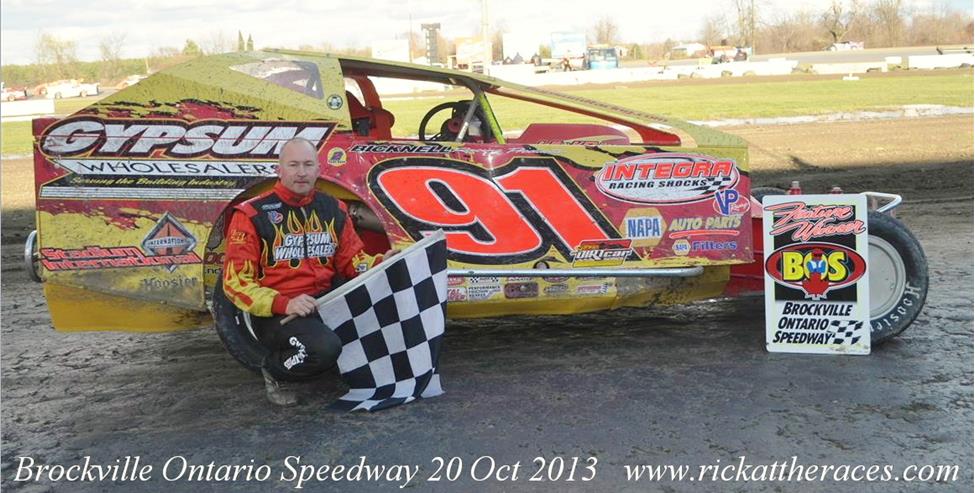 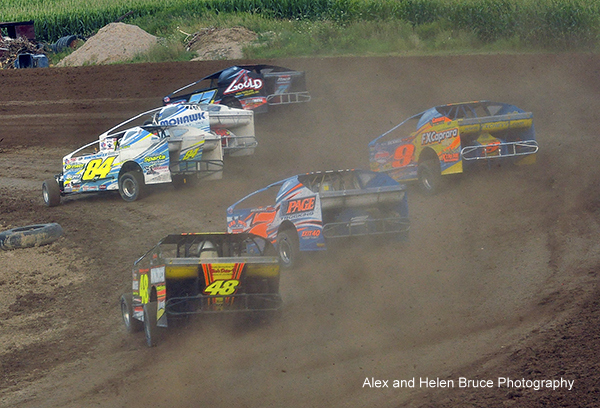 The action-packed weekend kicks off Friday, Oct. 18, with a full show for the DIRTcar Sportsman Modified Series. After a thrilling victory during NAPA Auto Parts Super DIRT Week XLII, Brad Rouse, of St. Catharines, Ontario, has the point lead in the series. Mathieu Desjardins is second and division rookie Joey Ladouceur third. Friday’s finale for the season will determine which driver has what it takes to claim the coveted DIRTcar Sportsman Modified Series Championship. Rookie and Vintage divisions will also battle it out Friday at Brockville Ontario Speedway

Next up is the DIRTcar 358-Modified Series show set for Saturday, Oct. 19. Pit gates open early, at 9 a.m., and a driver autograph session takes over the grandstand area at 10:30 p.m. Racing starts at 1 p.m., with Sprints also joining Saturday’s schedule. 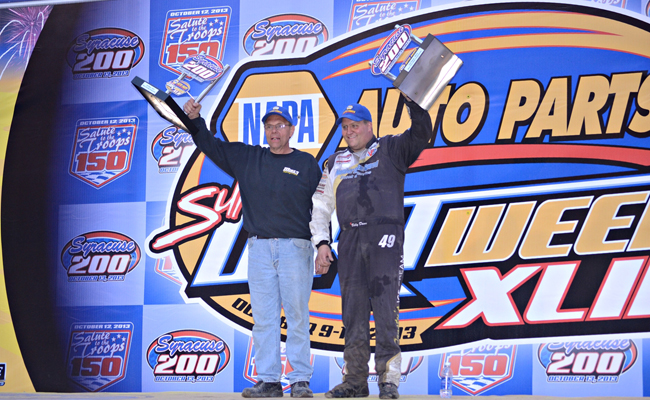 Dunn, 29, of Watertown, N.Y., made his decision to pit late in the distance pay off to the tune of $50,000-plus in cash and a career-first Super DIRTcar Series big-block Modified triumph. With many of his rivals falling to the wayside in the caution-filled final laps because their cars didn’t carry enough fuel to finish a race that was extended by new rules mandating that the last 25 circuits run under green-flag conditions, Dunn kept gaining positions and finally assumed command for good on lap 197 when Stewart Friesen of Niagara-on-the-Lake, Ont., ran out of gas. 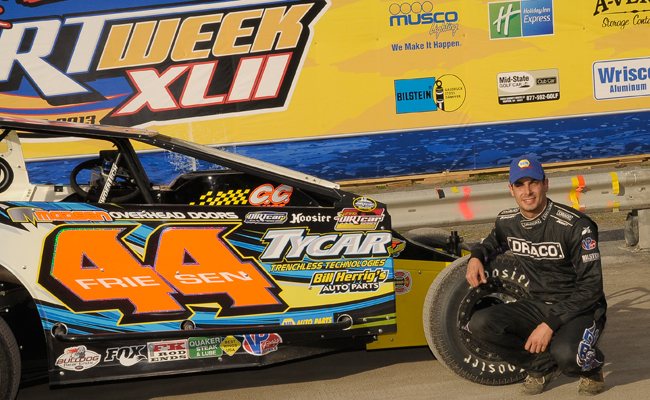 The Stars & Stripes 100 continued Tuesday, Oct. 8, with the Super DIRTcar Big-Block Modified Series 100-lapper starting from lap 25, which is where it left off Sunday, Sept. 1, when inclement weather hit the speedway. In the September portion of the race, Decker wrestled the lead from pole sitter Dave Rauscher in lap 8. He started on the pole for the Tuesday’s continuation of the feature race, but lost the lead to Brett Hearn in lap 30. 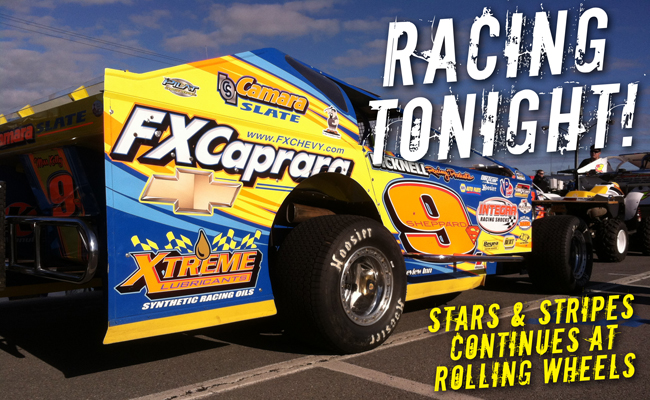 Both divisions were originally scheduled to run Sunday, Sept. 1, for the Labor Day Classic Stars & Stripes 100, but inclement weather postponed the feature races. The Big-Block Modifieds of the Super DIRTcar Series completed 24 laps before conditions caused officials to red-flag the race. Billy Decker and Dale Planck will start in the front row Tuesday to complete the remainder of the 100-lapper.

The DIRTcar Sportsman Modified feature race never hit the track by the time the postponement was announced. Competitors in that division will start and finish all 30 laps Tuesday, with four spots still open in the 24-car field. Any team desiring to enter the event must draw for positions in a 10-lap heat race. The top-four in the qualifying race will transfer to the remaining spots in the feature.

Previously qualified positions in the DIRTcar Sportsman Modified feature event must be maintained by the original driver because the feature race has not yet started.