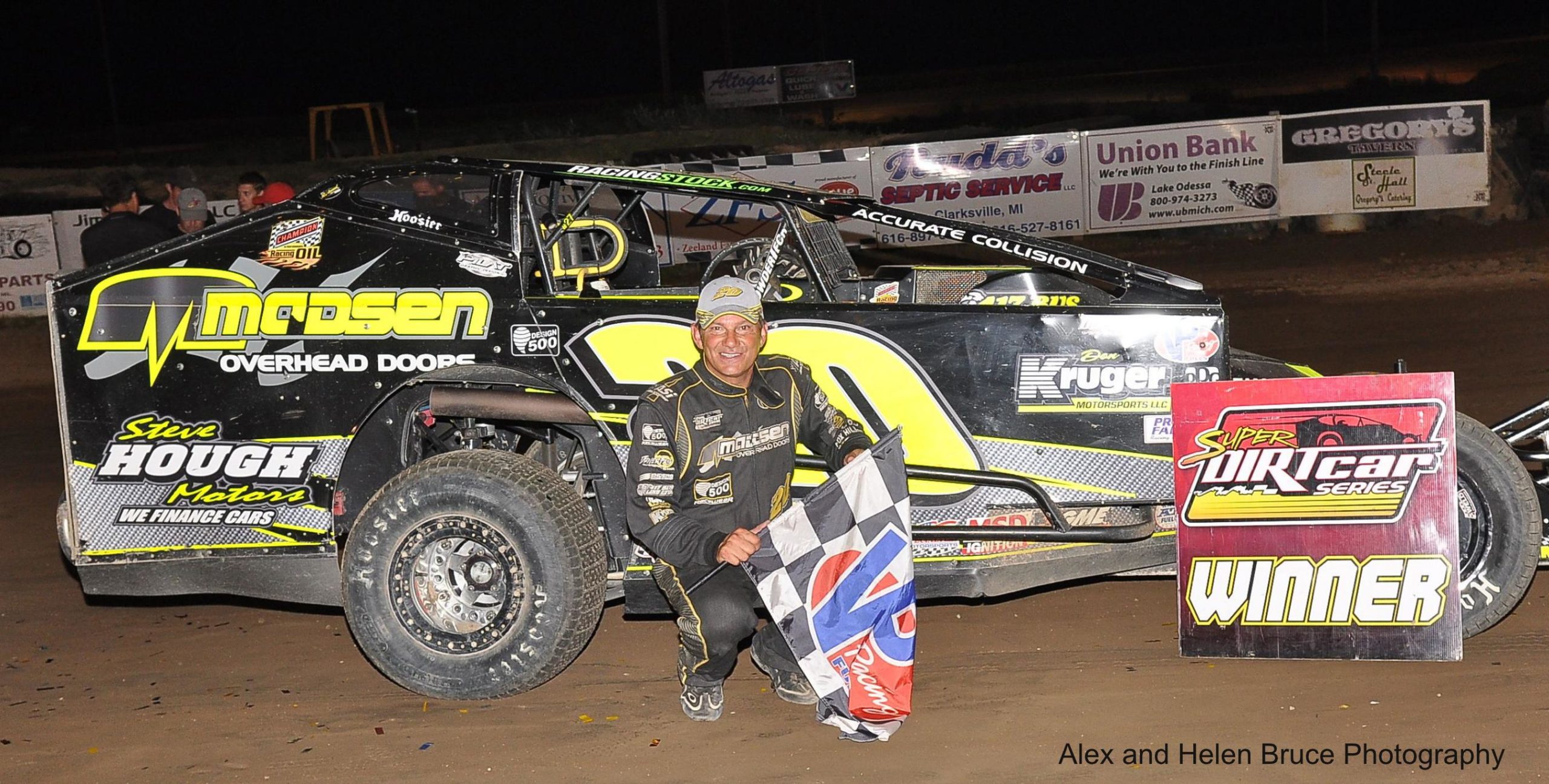 What a difference a year makes: Brett Hearn claims first win of career at I-96 Speedway

Illness kept Hearn from making Michigan trip last year, this year “The Jet” is stronger than ever

LAKE ODESSA, MICH. – Monday, August 7, 2013 – A year ago Brett Hearn couldn’t race, with sudden illness keeping him from traveling with the Super DIRTcar Series for its inaugural race at I-96 Speedway. Now he’s come full circle, not just making a full recovery, but picking up a win after leading all 100 laps there in Tuesday’s “Michigan 100” with his first-ever attempt at racing the half-mile clay oval.

“Just when I thought I couldn’t see a new track, or win at a new track, we come here, and it was awesome,” said Hearn, whose return to the series last August brought him victory at Lebanon Valley’s “Mr. DIRT Track U. S. A.” and later on wins in the prestigious NAPA Auto Parts Super DIRT Week VP Small Engine Fuels 200 and Orange County Fair Speedway’s Eastern States 200. “When I couldn’t make this trip last time around, we didn’t know what was going to happen. I’m glad to be here this year and I hope to come back here next year. It was a blast.”