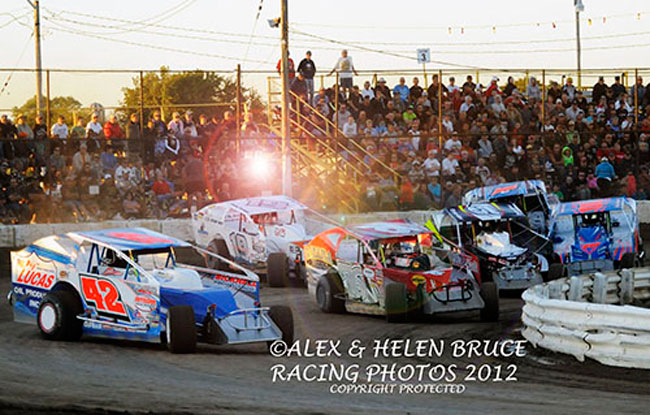 Modified racing legend Will Cagle won the inaugural event in 1972, and since then, Merrittville’s local racers have been stepping up to the plate every year to try and beat DIRTcar’s best on their home turf. Last year, St. Catharine’s Mike Bowman became one of many hometown heroes to make it to Victory Land at the annual event.

“It was something that I never expected to ever achieve,” said Bowman, whose small-block Modified triumphed over the Big Blocks. “I used to sit in the stands and watch all of those guys come in from out of town when I was young, and to beat them is a dream come true.”